IDEALLY, TECHNOLOGY AND COMMUNICATION HAVE a relationship far deeper than mere coexistence; the hope is that one furthers the other. As the mode of communication evolves from the written to the digital word, it seems inevitable that what is communicated will, itself, change as well. The Twin Cities has a well-established, thriving music scene, and accordinglyone could argue fortunatelywe have a large number of music critics. These scribes write for both traditional media outlets such as the Pioneer Press, Star Tribune, The Onion and City Pages, and nontraditional media sourceswebzines, blogs, and other online publisherssuch as Reveille, More Cowbell, and HowWasTheShow.

With the migration of their writing from print to web, are critics altering how they cover music? Perhaps more important: is the trend toward digital content working in favor of music criticism and the craft thereof?

The Question of Competition
When technology levels the playing fieldwhen your favorite bloggers review of a show hits the web hours before the printed review finds its way online, and the blogger has access to the same MP3 file as the papers websitedoes the quality of a writers prose become more important? Or does the need for getting all the right pieces in placethe audio and video files, the links to the bands MySpace page and some live concert footage on YouTubeeliminate the need for expressive prose? If the MP3 is right next to the description of the song, is the description itself still necessary?

A resounding yes, say local critics. Saying that you dont have to describe the sound of the music because someone can just hit play on a widget, says Reveille Magazine founder Steve McPherson, is a little like saying we dont need imagistic poetry when weve got cameras, dont need books because weve got movies.

The internet has indisputably made it easier than ever for anyone to publish their two cents, but the sheer volume of online writing resulting from that accessibility has also made it increasingly difficult to choose what to read. Theres a blog or fansite or MySpace page directed at every niche audience, and those websites are now competing with traditional publishers for readers attention. Surprisingly, by and large, bloggers and professional music critics agree that, as far as local music coverage goes, the more the merrier.

If I miss a band that somebody at a blog or website covers instead, thats great for everyone, says Star Tribune music critic Chris Riemenschneider. Also, the local bloggers are generally writing to a much hipper and, generally, younger audience than we old print journalists, so were catering to different readerships.

True, but its worthwhile to note that traditional media are finding that web extensions of their print publications are bringing in new, younger readers who, these outlets hope, will become subscribers to the print edition as well. I do think more music fans have been attracted to our site than would be to our print edition, says Riemenschneider, whether its to see a full-color photo gallery of Fall Out Boy, a behind-the-scenes video at First Ave., or a chance to weigh in on the debate of whether Exile in Guyville is really any good.

Mainstream media may be slowly gaining a younger, digitally native audience, but independent, low-budget, small-staffed online publishers have the advantage of agility; they can try new content strategies without waiting for approval from up the chain of commandand they can nix those that dont work just as quickly. Still, while bloggers and webzines have the opportunity to be early adopters of the latest trends and technologies, traditional media have budget and clout that most indies lack.

In some ways, I see music criticism devolving, not evolving, says Jon Bream, whos been a Star Tribune music critic since 1975. Thats because bloggers are able to hide behind pseudonyms, which raises all kinds of questions of credibility. If the writers/bloggers are not using their real names, how do readers know if the post is something promotional done by the artist (or his people) or done by a bona fide critic? There are true music critics, whether professionals or amateurs, and then there are music fans who blog. There is a big difference.

Rich Horton, who founded Rift Magazine. in 2004, started seriously working on the publications web presence earlier this year. Admittedly a hobby writer, Horton sees the main difference between edited music criticism and music blogging this way: those writing about music on a personal blog are people writing about what they like instead of reviewing everything and having bad reviews.

Traditional media and independents have ended up having an unexpectedly symbiotic relationship with each other. Says City Pages music editor Andrea Myers, In addition to providing competition, the network of local music bloggers has created a sense of community for the scene and a way to disseminate a lot of information very quickly. I learn about many local album releases and shows from reading other blogssometimes even before other methods like press releases [and] MySpace. Conversely, Horton says he uses the web extensions of traditional print media for research to beef up his music writing.

Writers Unblocked
While adapting quickly to new information and getting it out there is always going to be paramount in such a fast-paced medium, says Reveilles McPherson, I dont see why it shouldnt also be possible to work in longer forms, especially if you incorporate some of the advantages of the medium into the piece. After all, online theres no space restriction as there is in print, so why not use that to your advantage?

The question of whether extended copy is an advantage or a liability is fodder for a longstanding discussion among web writers. Since many online readers scan the screen more than they read, theres an argument for keeping prose short and adding value with multimedia files or links. But, without the space limitations writers face when producing content for the printed page, writing in more depth for the web or posting extended versions online is tempting.

By revealing how many people read which web pages, site statistics offer insight into what readers wantand what they dont. This can be a valuable tool when deciding what format in which to write. For McPherson, these numbers have led me away from features where interviews are integrated into the body of the piece and more toward straight Q&A formats, which people seem to respond to better, he says. I dont really know why that is, but thats what the stats show, and Q&As are much easier to put together. It does make you ask yourself why you would spend more time to make a piece that will be read by fewer people.

Similarly, website analytics can offer suggestions on what genres to cover. Despite that informations availability, Myers hasnt adjusted the genres of music she writes about to cater to an online audience. Elsewhere, however, she says, I have noticed that there is a certain aesthetic that seems to appeal to music bloggers, particularly music of the quirky indie varietya movement that I think has been spearheaded by Pitchfork and copied by every other music blog that aspires to be a tastemakerwhich makes sense, considering that a large portion of these blogs are written by twenty-something, scholarly, upper-middle-class white males. And twenty-something, upper-middle-class white males love their idiosyncratic, ironic indie rock.

In fact, Pitchfork was founded by someone who, more or less, falls into that demographic. In 1995, Ryan Schreiber started the website in Minneapolis (though its been published from Chicago since 1999), revolutionizing how music criticism is consumed online. The site has become the most read independent music website ever, with 240,000 readers per day. However, the site has taken heat for its reviewing style, criticized for focusing too much emphasis on the writers prose and not enough on the music being critiqued. In fact, Pitchfork‘s music writing is just the type of self-aware editorializing the Star Tribunes Riemenschneider and Bream acknowledge as being valid and important, but not in competition with their work.

Like Myers, Riemenschneider and Bream havent shifted the focus of their coverage much in light of online competition or technology. The Star Tribune often includes audio tracks online, links to live concert footage on YouTube; and, albeit less often, the paper occasionally runs original videos or photo slideshows. They also post extended versions of Q&As online. But Bream maintains that the paper tries to cover all genres both in print and online. Riemenschneider agrees: About the only real difference is Id say I cover more indie music vs. corporate-backed music in general, which is more about the webs effect on the music industry than on journalism.

For most online media, adding audio or video clips is the full extent of rich content they can add to their written criticism. Being able to have people listen to the song as they are reading the piece is great, says McPherson. Ive gotten a lot of favorable responses from that, and it makes it easier to reference particular moments in songs. When I say something happens at the 1:42 mark of the song, the listener/reader can go right there if they so choose.

Riemenschneider says that adding A/V next to text has made music criticism more effective and entertaining. More, richer content allows readers to engage longer and more deeply with the subject matter.

About the author: Megan Wiley is an Edina-based freelance writer and the former online editor of Mpls.St.Paul Magazine. 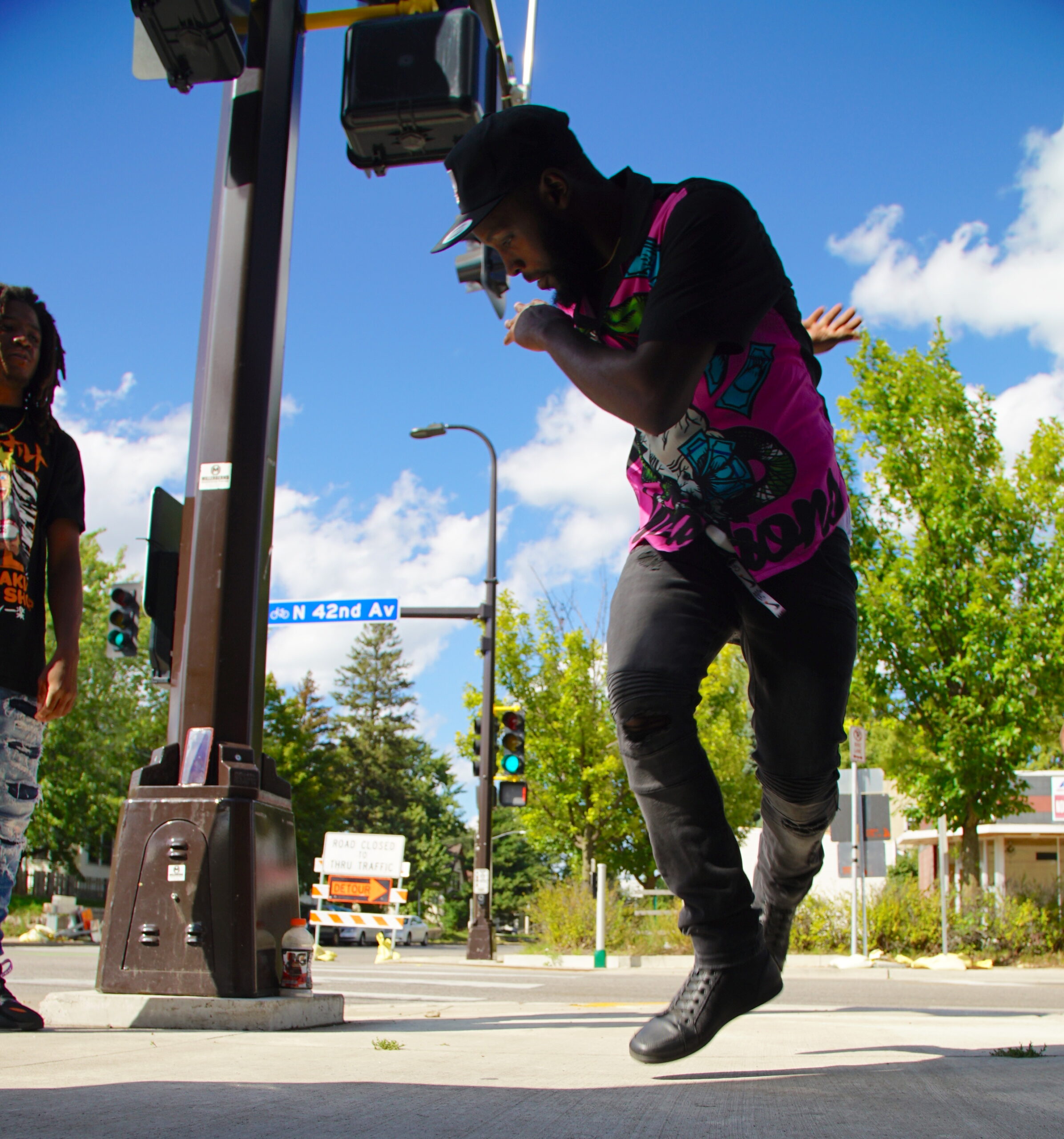