IF YOU COULD TUNE INTO WILL DINSKI‘S GRAPHIC NOVEL FINGERPRINTS, flipping the cable channels, sinking into an immense leather chaise with your incipient gut released from the confines of belt and trouser snap, you’d start with a closeup of a famed Hollywood director. His name is flagrantly unimportant. So, forget about him — the director merely conveys content. It is the actor who enraptures and entices with his or her on- and off-screen antics. If you need a real world reference, think Lindsay Lohan.

Dinski — graphic novelist, Minneapolis College of Art and Design grad, guy who wears glasses — doesn’t ever identify his imagined director, other than to provide him with a chain-smoking habit and the creased, leathery skin that comes after years of lighting up. “It’s a story I’ve been waiting a long time to tell,” says the director in Fingerprints, in what could only be a cement mixer voice, all those Pall Malls adding up.

Dinski’s fine pen work provides the visual framework for his story; your imagination easily fills in the rest — like the director’s gravely baritone. “I’m so lucky I got the actors I wanted,” the director continues. “Casey Kansas was a virtual unknown before being cast in the lead role of Spaceman Simon.” The graphic panel, representing a static jump cut in Dinski’s imagined celebrity interview, reveals Kansas in outlandish spaceman gear, an updated version of George Jetson — only, Kansas is light years ahead of Jetson in the cool department. Because you know that behind the saucer-embroidered epaulets and cornball dialogue stirs the latest red-blooded fantasy engineered by the Hollywood dream factory.

Casey Kansas is everything a man should be: tall, dark, handsome, young and scandal-prone. Still a newcomer to the Hollywood scene, he’s been making the rounds of the gossip columns. Of current interest: his affair with co-star Vanessa Zimba. But wait! There she is now, his cuddle bunny. Vanessa Zimba is on the screen, in a scene from their movie.

Dinski jump cuts again to fans on the street. They scream reviews of America’s current It Girl.

“Vanessa Zimba is so hot!”

After a commercial break, the creator, Will Dinski

And so, Dinski’s Fingerprints begins, with a made-up celebrity movie review of a summer blockbuster and its oh-so-sexy cast of characters. And there’s a reason he starts his graphic novel from the outside, with a faux interview leading into a larger story. Dinski wants you to know that from here on out everything you read is 100-percent fantasy — just like the Hollywood honeys manufactured with conveyor belt regularity. Marilyn Monroe, Jane Mansfield, Madonna, Lindsay Lohan…

Fingerprints, Dinsky’s first graphic novel, rolled out of the publisher’s warehouse this September to a media spotlight. Brian Heater of The Daily Crosshatch, an online comics review site, said, “Dinski’s art and storytelling beg the reader to dig below the surface, raising important questions about beauty, celebrity, sexuality, and superficiality.” John Geddes of USA Today weighed in: “With its mini-comic style and entertainingly quick pace, this book is equal parts tabloid headlines, soap opera, and absurdist comedy.” It’s worth noting that Geddes normally reserves his review column for superhero comics, but he’s taken a liking to Fingerprints, an indie comic whose only heroes are anti-heroes.

Dinski’s graphic novel derives its name from Dr. Fingers, plastic surgeon to the stars. When the faux interview ends, Dinski pulls back his frame to reveal a giant flat-screen TV and three individuals watching the fluff segment: Vanessa Zimba, Casey Kansas, and Dr. Fingers, all of whom are loafing about the plastic surgeon’s office. Vanessa confronts a close-up TV image of herself: “God, I can’t stand seeing older pictures of myself” — and by “her old self” she means pre-boob-job. The reader quickly learns that Vanessa Zimba is three parts plastic surgery, one part low self-esteem. Dr. Fingers has used her as his canvas: nipping, tucking, molding, and enhancing what clumsy nature has wrought. The doctor views himself as more artist than engineer; and like his fellow master craftsman, Leonardo da Vinci, he is never entirely satisfied with his masterpiece. (Da Vinci allegedly carried his Mona Lisa around for years, working and reworking the portrait.)

Fingerprints is like a Robert Altman film that’s been hijacked by science fiction master Robert Heinlein, and then dunked in Roger Corman B-movie schlock horror — a truly individual work that, in a publishing industry too often concerned with retail’s genre categories, stands on its own.

Now for a little backstory

“At the time I came up with Fingerprints, I’d just graduated from college, which I loved, and was working at the American Red Cross, which was not a good job for me,” says Dinski. “I was processing blood samples. I would stand there in a lab coat all day, check[ing] off things, putting [vials] into centrifuges, separat[ing] platelets from blood. But I had a lot of time to think about stories.” He wonders now if the image of Dr. Fingers didn’t arise from his daily surroundings — lab coats and white walls. Whatever the initial spur to creation, Dinski felt himself drawn into his invented world. “It was the first story I really liked. I’d write it and then reread it every day.”

There were a number of stories he didn’t like so much that preceded Fingerprints. For his senior project at MCAD, he’d developed a “Choose Your Own Adventure” graphic novel, which he says only served to teach him he wasn’t ready for a long-form comic yet — that was 2003. For the next few years, Dinski devoted himself entirely to minicomics. He honed his design sense through them. He devised the grid pattern that has become his signature visual style. He toiled over plots, scrapping stories and then building them up again. The short minicomic was a sort of grueling basic training that tempered his craft for the graphic novel.

Minicomics also gave Dinski something to sell when he exhibited at small press expos around the country. “Going to conventions is your way of telling publishers that you’re taking comics seriously,” says Dinski, who along with everyone else starting out in comics, counts himself fortunate to break even at these meet-and-greet sales events. It was at an expo like this that Dinski bumped into Brett Warnock, co-founder of publishing house Top Shelf Productions with Chris Staros.

Somehow between blood samples and daily commutes, Dinski managed to piece together a full-length graphic novel. He mailed an early version of Fingerprints, then called Beautiful, Cool and Irreplaceable, to Top Shelf Productions. “When I think of indie comics,” says Dinski, “I think of Top Shelf — it has a unique ID. Chris and Brett love comics and they’re always taking a chance on something new and really fantastic — Jeffrey Brown, Eddie Campbell, Craig Thompson, Alan Moore.” Headquartered in Oregon, Top Shelf is the Minnesota cartooning community’s well-connected distant uncle. Top Shelf had already snapped up two Twin Cities cartooning talents — Kevin Cannon and Tim Sievert — when Dinski sidled up to Warnock at the small press expo. Dinski and Warnock engaged in some preliminary chitchat. Then the cartoonist asked Warnock if he’d received…his…manuscript??

Yep, said Warnock. Loved it. When can we talk?

Fingerprints is a hard-to-categorize book. “It’s melodrama, science fiction, and horror story all wrapped into one,” says the author. The science fiction and horror appear midway through the book, when Dr. Fingers’ conniving assistant, Dr. Tatsu, opens a rival clinic. To plump her client list, Dr. Tatsu circulates at a fancy cocktail party with free Botox injections; socialites and celebrities line up for their turn at the needle. This turns out to be Dr. Tatsu’s opening gambit in an overall strategy to corner the market on beauty. She, more than her mentor, understands the crippled psyches that turn to plastic surgery for a quick fix to life’s bigger problems. I won’t give Dinski’s plot twist away, but suffice it to say that Dr. Tatsu devises a face augmentation kit which once and for all obliterates the questionable notion of individual beauty, already cast into doubt by plastic surgery.

Meanwhile, an oblivious Dr. Fingers tries to pinpoint the flaws in his masterpiece, Vanessa, and to gain her assent for just one more surgery. Vanessa and Casey, celebrity co-hotties, make public love for the paparazzi, while behind closed doors finding satisfaction in closeted pursuits. Jennifer, Dr. Fingers’ wife, discovers a wrinkle and, unable to live up to her husband’s demanding standards, loses herself in a boozy nirvana.

With its well-paced scenes and social satire, Fingerprints is like a Robert Altman film that’s been hijacked by science fiction master Robert Heinlein, and then dunked in Roger Corman B-movie schlock horror. It’s caviar on cold pizza — a truly individual work that, in a publishing industry too often concerned with a retailer’s emphasis on genre categories, stands on its own. It’s the kind of story that crops up when you’re sacked on the leather chaise, watching the beautiful people on Entertainment Tonight, feeling fat and dissatisfied by comparison. How much sweeter life would be with a Clooney chin or Jolie’s puffy lips. Wouldn’t it just?

Will Dinski‘s debut graphic novel, Fingerprints, was published this fall by Top Shelf Productions ($14.95) and is available in bookstores everywhere.

About the author: Britt Aamodt is the author of Superheroes, Strip Artists, & Talking Animals: Minnesota’s Contemporary Cartoonists (Minnesota Historical Society Press, November 2010). The book features the artwork of 23 Minnesota cartoonists, including an original minicomic by Dinski. 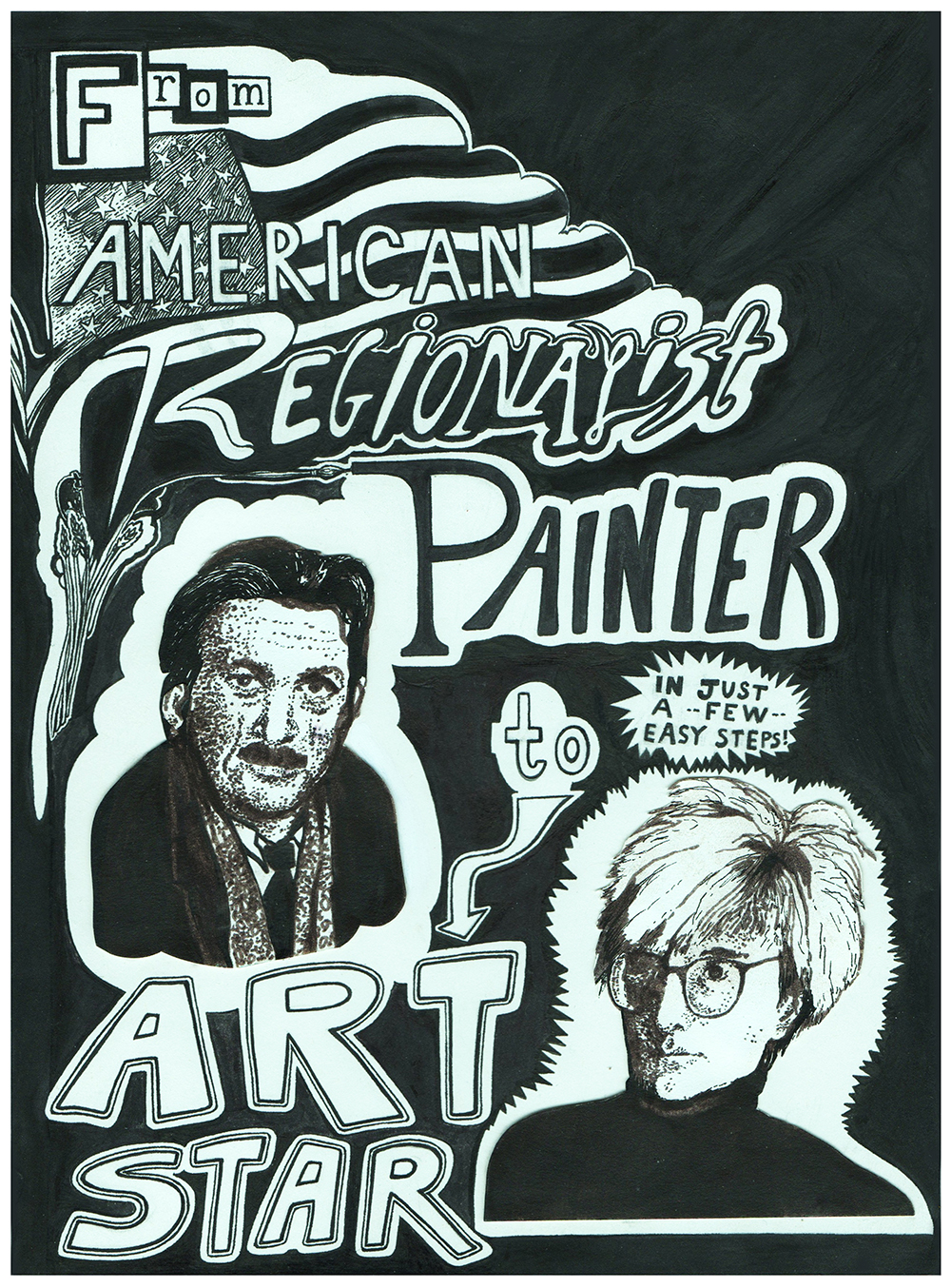 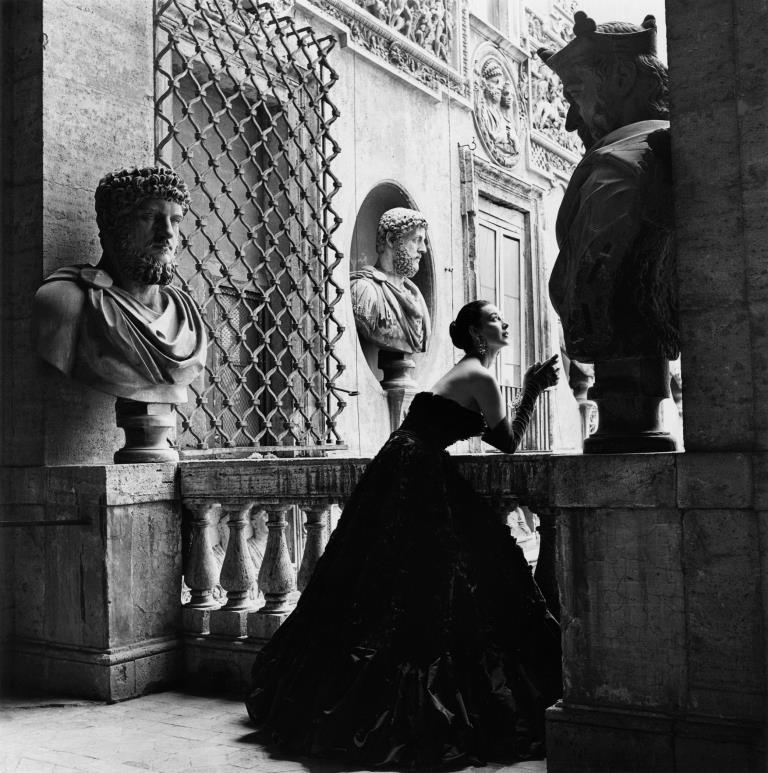 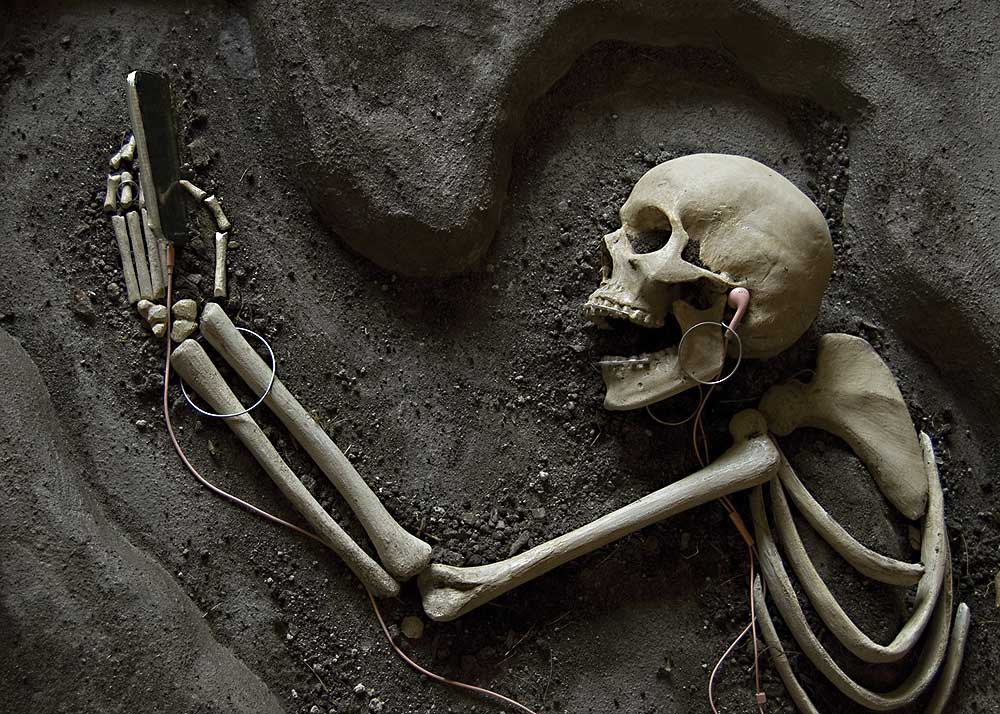