CLAIMS THAT THE LITERARY NOVEL IS DEAD APPEAR TO BE PREMATURE. Even though the pronouncement has been popular for almost a century (“Death of the Novel” even has its own Wikipedia page), and literature sales continue to plummet — at least in print — droves of authors continue to write and publish long works of literary fiction and find people to read them. Among them are two local novelists who will have new books coming out this year: Sheila O’Connor and Mary Rockcastle. Both have tirelessly promoted literary fiction for years, as teachers in Hamline University’s Graduate School of Liberal Studies (where Rockcastle is dean, and I, full disclosure, was also a student), as two of the four editors of Hamline’s literary journal, Water~Stone Review (a publication founded by Rockcastle, which is chock full of local and national talent), as former writers-in-the-schools inspiring young readers and writers, and as active members of the Loft Literary Center. Both women care deeply about the art and craft of this endangered art form, and recently they shared with me the pleasures and perils of their chosen vocation: what keeps them writing and what obstacles they encounter along the way.

Like a film or play, novels give us “an elaborate series of events with rising consequences,” says Sheila O’Connor, a petite woman with a mane of brown curls and pensive gray eyes. But, she says, unlike other art forms, novels use “only words to create a sensory, visual experience.” Reading a novel, then, is a unique pleasure — a marriage of the writer’s words and each reader’s own imagination.

Writing a novel can also be a pleasure … sometimes. “On good days you’ll fly higher than a peregrine cruising for dinner, on bad days someone will have to scrape you off the floor with a spatula,” writes novelist Robin McKinley. The process has been likened to “spelunking” (author Chang-Rae Lee) or driving a car at night (“You never see further than your headlights, but you can make the whole trip that way” — E. L. Doctorow).

What’s more, so much exploration takes a lot of time. “It has become completely clear to me how much attention the novel requires, and how difficult it is to do in fits and starts,” O’Connor admits. Her first novel, Tokens of Grace, written while studying poetry at the Iowa Writers’ Workshop, took two years to write; her second book, Where No Gods Came, took more than three times that long to complete. “The mind of the novelist must not be encumbered by the details of daily life,” she warns, but with two growing children and a full-time teaching schedule, she found such unencumbered time hard to come by as she wrote the latter book. She tried working on it during her summer breaks from teaching, but found that when she sat down to write after a nine-month hiatus, the novel had gotten “cold.” So, she began again from page one, only to put the book away, still incomplete, when summer ended. Finally, after five years of starting and stopping, she was awarded two large grants, which paid for time to write seven days a week — a habit she continues to this day. “When I teach, I really encourage students to keep the relationship to their novel active,” advises O’Connor. She suggests jotting down notes at lunch, getting up every morning before sunrise to write a page — finding at least one small daily habit to “stay inside the story.”

Time is not the only concern for a writer attempting to produce a long work of fiction. O’Connor is a self-professed introvert. “I’m reclusive. Friendly, but reclusive.” To write, she says she needs to be completely secluded, so she can enter a space “where the story is waiting.” Her home proved too distracting for that kind of concentration, so she began renting office space. Now, she writes in a tiny cottage built in her backyard and says she’s more productive than ever, with one book, Sparrow Road, coming out this spring and another due to be released next year.

Not all authors’ habits are alike, of course. Mary Rockcastle’s writing practice thrives in proximity to other creative minds. Twice a year, she and two trusted writing friends rent a space outside the Twin Cities to work side by side and enjoy each other’s company. Here, Rockcastle “works up a ball of steam” that continues through the snatches of free time she finds on evenings and weekends afterward; she even works while on vacation with her architect husband. “I’m married to someone who is always working on creative projects; working together is comfortable,” shrugs Rockcastle. Her blue eyes and graceful facial features turn alternately steely and soft as she discusses her writing life. For her, she says, the real struggle is how to get the story on the page. “It takes skill, good instincts, and trial and error” to build plot and meaning in a novel. When writing, she constantly asks: “What’s the voice, point of view, the structure, the beginning and ending?”

A novel, at its best, is able to  capture the emotional truth of human lives in the context of history in a way no other form can.

Rockcastle also says she considers the marketplace as she writes. “A huge audience of literary people study creative writing, but the mainstream press is commercially directed,” so adventurous literary fiction writers tend to publish their work with small, literary presses. But in these hard economic times, even literary presses are taking fewer chances — they, too, need to sell books to survive. With her typical acuity, Rockcastle cautions, “We must balance all our experiments with a through-line.”

This push and pull between experimentation and marketability characterizes Rockcastle’s relationship to fiction writing, as does her commitment to a rigorous revision process. For example, she says she began writing seriously under the mentorship of a professor at the University of Minnesota who taught the experimental novels of writers like Alain Robbe-Grillet and William Burroughs. Rockcastle recalls that the first draft of her novel, Rainy Lake, contained too many focal points for most readers; to make it saleable, she revised the manuscript by streamlining its point of view and strengthening its plot. Graywolf Press bought it. Her newest book, In Caddis Wood, had a similar trajectory. Written over the course of 15 years (while Rockcastle was busy as a teacher, mother, editor, and administrator), the novel was initially turned down by Graywolf, whose editors found its ambitious vision too complicated. Undaunted, Rockcastle created a new structure for the story, which meant refocusing the narrative; she then sent the new version to Graywolf, who will publish In Caddis Wood this fall. Rockcastle believes passionately that writing a novel “is a deep, skillful working out of the story and one’s intentions” — something which necessarily involves working beyond a first draft.

Rockcastle believes a novel, at its best, is able to  “capture the emotional truth of human lives in the context of history” in a way no other form can. In the case of her newest book, In Caddis Wood, that emotional and historical axis is found in the lives of two contemporary American artists, a poet and architect — characters reflective of the professional and ecological interests of Rockcastle herself, her architect husband, and their architect/landscape architect daughters. The book promises to be a fascinating read: it’s a mature love story replete with poetry about hyper-accumulator plants, a river-research center on the Pig’s-Eye dump in St Paul, the threat of acid rain, and meditations on the different ways that human beings engage with the natural world.

Sheila O’Connor’s new book, Sparrow Road, also reflects her professional interests. For over twenty years, O’Connor served as a writer-in-the-schools for COMPAS, where she and other practicing artists worked to ignite and nurture children’s impulse to create. O’Connor explains that when she retired from COMPAS, she wanted to focus on her own writing, but still in the service of creating “a story that would do what I had done as a teacher.” So, she invented a narrative around an artist’s colony called Sparrow Road — a place inspired by the Anderson Center for the Arts in Red Wing, Minnesota, where O’Connor spent one month writing “in total peace and quiet with a small group of amazing artists.” The resulting novel, Sparrow Road, puts its twelve-year-old protagonist in the artist’s colony with a sculptor, poet, fabric artist, and musician, all of whom help her express herself and encourage her to find an openhearted approach to life — “all the stuff I’d taught the kids for so many years.” O’Connor wrote her first upper-middle-grade novel with an eye toward classic children’s books, like Charlotte’s Webb or Because of Winn Dixie, novels beloved by adults as well as kids. I read a galley copy of Sparrow Road, and I can attest to its power; this lyrical story of loss and healing left me sobbing.

When Mary Rockcastle tells me, “The novel carries out our instinctive, mythological need for story,” her face lights up and her voice becomes resonant with purpose. Perhaps that is why she and O’Connor have made peace with the “anxiety and disappointment” that are as much a part of the reality of the writing life as the joy of creating a novel that can so deeply engage a reader as to bring her to tears. Maybe it’s also why both authors are now hard at work on new fiction projects, even while continuing to mentor a slew of other Twin Cities fiction writers (including me) to do the same. Because, as Rockcastle insists, despite the narrative drive of other art forms like theater and film, “The novel does it best.” And that passionate insistence, along with constant practice, is what sustains both the novel and its craftspeople, keeping the form alive to meet the boundless human need for a good story.

Mary Rockcastle’s forthcoming novel, In Caddis Wood, will be released by Graywolf Press in September 2011.

Sheila O’Connor’s new novel for young adults, Sparrow Road, will be released in May 2011 by Putnam.

About the author: Alison Morse‘s poetry and prose have been published in Natural Bridge, The Pedestal, Water~Stone, Rhino, Opium Magazine, The Potomac, mnartists.org, Flashquake and other places. She also teaches English and runs TalkingImageConnection (TIC), a reading series that brings together writers, contemporary visual art and new audiences. The next TIC reading will be at the Soap Factory on July 9th in response to The Erasers, an exhibit curated by Corinna Kirsch. 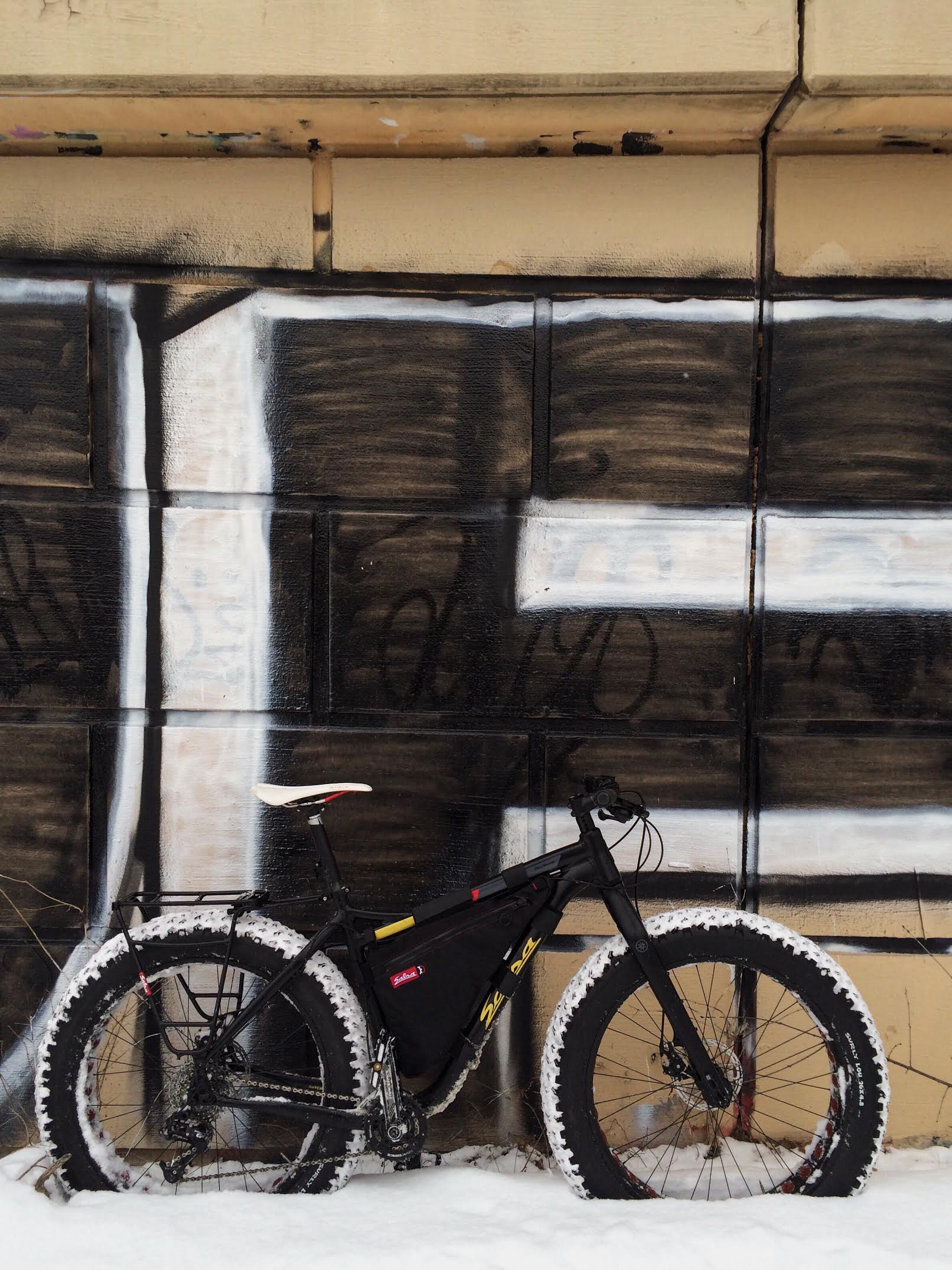