PAIN, HUMILIATION, PUBLIC EMBARRASSMENT, FINANCIAL RUIN – these are actual risks, things people reasonably fear. It’s natural to try to avoid them. I think a lot of our structures, whether American Idol, The Voice, marketing and market testing, politics, and even the academy are about mitigating risk, about insulating us from the possibility of tragic, spectacular failure. And I hate it. It’s boring and destructive and drains the blood out of freedom.

At its darkest, our culture-wide fear of failure and pain is exploited, packaged, and sold to the highest bidder – usually ourselves. We pay in loss of achievement, soul, freedom and fun. We willingly sell our freedom and individuality for a sense of security, real or imagined.

It even sort of makes sense. Who wouldn’t prefer to eliminate pain and embarrassment? Who doesn’t want to protect themselves, their friends and community, from the bitterest consequences of action? I do — and I would if I could, all the time, for everyone. But if we have to tear down mountains and dam up rivers to ensure a smooth map, the cost is too high.

And no matter what: Life is risky; individuality is painful. A loss is a loss, and a bad performance is self-evident.

My son plays hockey — not a sport I have ever liked despite (or maybe because of) growing up in Minnesota. But he likes it, and I am happy to be proud of how hard he works at it and of the sportsmanship he shows. But even in a traditionally tough sport like hockey, it seems the system is now geared toward eliminating risk (and in the process, soul). It has to do with money. From the earliest age, kids are indoctrinated into a system of the “right way” to play that doesn’t allow for self-expression.. Instead, young hockey players are educated, normalized, and marketed to. Of course, the kids still love it: all that new equipment and bright, shiny arenas.

But where is the love of the game? Where is there room for talent developed in a cold backyard rink, using old skates and hand-me-down equipment? The great players will still find their way, probably. But there is less style in the sport now, and less joy. The new system, with its institutionalized, step-by-step development and product lines, is safe but sterile.We won’t get against-all-odds kinds of achievement in the sport, like when the U.S. beat the Russians in the 1980 Games. 1980’s Olympic team was made up of amateurs (in keeping with Olympic traditions) who threw everything they had into a game they had little chance of winning. Now, the whole development is about money. Money spent to create automated victories. Money extracted from parents on the argument that it is the way to bring up a true hockey player. Victory can never be assured, but the loss of soul can.

I am pleased my son seems to find ways to express himself in the game, even within the safe confines of this toothless new system. And I am also happy to say there are plenty of kids, parents and coaches who may have to play in the institution as it currently is, but who aren’t at all merely drones in so doing. I don’t like hockey yet, but it is heartening to see all the cracks in the institutional walls.

Once a language is pioneered, it can be taught and repeated. It may have taken a Beethoven or a Charlie Parker to revolutionize music, but it doesn’t require that level of genius to replicate those innovations. This is particularly true in jazz, where we have the actual sounds the musicians made available to cop. So, we codify that original language, that first insight; then we can teach it, and every year younger and younger virtuosi hit the scene able to regurgitate the notes they learned. But it doesn’t have the same spirit and feeling; repeated by rote, it never quite captures the original sound either.

As in hockey, a very few of these young musicians will transcend the system, but who could blame the rest for falling short? The reward for rehashing the work of others still offers some adulation if not remuneration, and you don’t have to risk exposing your true self..

I don’t offer a solution; this is simply the situation as I see it. As always, I welcome disagreement; I have my biases, like everyone. But I never want to lose my bias for risk-takers, even under compelling dissent. In that case, I would rather be wrong and free, than right and normalized. In music, genuine individuality comes down to something indefinable, but immediately recognizable, no matter the genre. We can hear the instant we are hit with the sounds of authentic, raw humanity — and risk, vulnerability, is a big part of that.

Genuine individuality comes down to something indefinable, but immediately recognizable, no matter the genre. We can hear the instant we are hit with the sounds of authentic, raw humanity — and risk, vulnerability, is a big part of that.

Recently, I heard my friend and great conductor Leo Vordoni conduct the Minnesota Opera Orchestra in Lucia di Lammermoor by Donizetti. This opera has been performed so many times, at this point it is a formidable task to say something personal in presenting the work. It would be easy enough to conduct the opera like a sort of orchestral hall monitor, making sure no one screws up. But that’s an administrative role, not the job of an artist. Leo took risks with the score: with his interpretation, flouting the usual dynamics and tempi to bring out countermelodies and syncopation, even bending the orchestra to an improvisatory take on attack, release, and rhythm. (As an aside, it is too easy to think of improvisation in the narrow sense of making up the notes played, rather than including interpretation and personalization of the written note. Glenn Gould, Thelonious Monk’s later recordings, and Duke Ellington’s orchestrations prove this to be a narrow definition). What Maestro Vordoni did that night was elevate the pit orchestra from merely a cushion for the singers to a breathing, vital part of the performance.

Only risk makes this kind of moment possible, and because the conductor took one, there was nothing old or boring about opera that night.

I want to mention Ted Nash’s new record The Creep. Ted has played with Wynton Marsalis and the Jazz at Lincoln Center Orchestra for well over a decade and has had a long and successful career as a composer and multi-instrumentalist. He didn’t need to do this record for his reputation or bank account. He made this album as a statement on how he feels about music; it’s a deeply personal statement, and you can hear it. The record is Ted, and you can feel that as you listen. The music is direct and honest, beautifully played but not polished. The whole project, from composition to release has Ted’s blood and sweat all over it, and you can hear that, too.

I realize Ted is not alone in taking such a strenuous course for the sake of his work. And I know there are many musicians in all genres giving risky performances, as Maestro Vordoni did and does. We should find them and show our gratitude for the risks they take by listening to the results of that deliberate vulnerability. And we should be thrilled — when they succeed and when they fail. Having killed, institutionalized, and domesticated everything from the prairie, mountains and the Mississippi to our polyglot culture, the individual might just be the last American frontier.

It is spring, so let’s end with baseball.

It looks easy from a distance,

easy and lazy, even,

until you stand up to the plate

and see the fastball sailing inside,

an inch from your chin,

or circle in the outfield

straining to get a bead

on a small black dot

a city block or more high,

a dark star that could fall

The grass, the dirt, the deadly hops

between your feet and overeager glove:

football can be learned,

and basketball finessed, but

there is no hiding from baseball

the fact that some are chosen

and some are not—those whose mitts

who are scared at third base

of the pulled line drive,

and at first base are scared

of the shortstop’s wild throw

There is nowhere to hide when the ball’s

and the chatter around you falls still,

and the mothers on the sidelines,

your own among them, hold their breaths,

and you whiff on a terrible pitch

or in the infield achieve

something with the ball so

ridiculous you blush for years.

It’s easy to do. Baseball was

invented in America, where beneath

the good cheer and sly jazz the chance

of failure is everybody’s right,

From the collection Endpoint and Other Poems © Alfred A. Knopf, 2009.

About the author: Jeremy Walker is a composer/pianist based in Minneapolis. He has performed with Matt Wilson, Vincent Gardner, Wessell Anderson, Marcus Printup, Ted Nash, Anthony Cox and other notable musicians. Jeremy was the owner of the now defunct club, Brilliant Corners and co-founder of Jazz is NOW!.

He is currently scoring the documentary Photographic Justice: The Corky Lee Story, and focused on playing with Small City Trio in Minneapolis and BOXCAR, a new band with Wessell “Warmdaddy” Anderson, Anthony Cox, JT Bates. 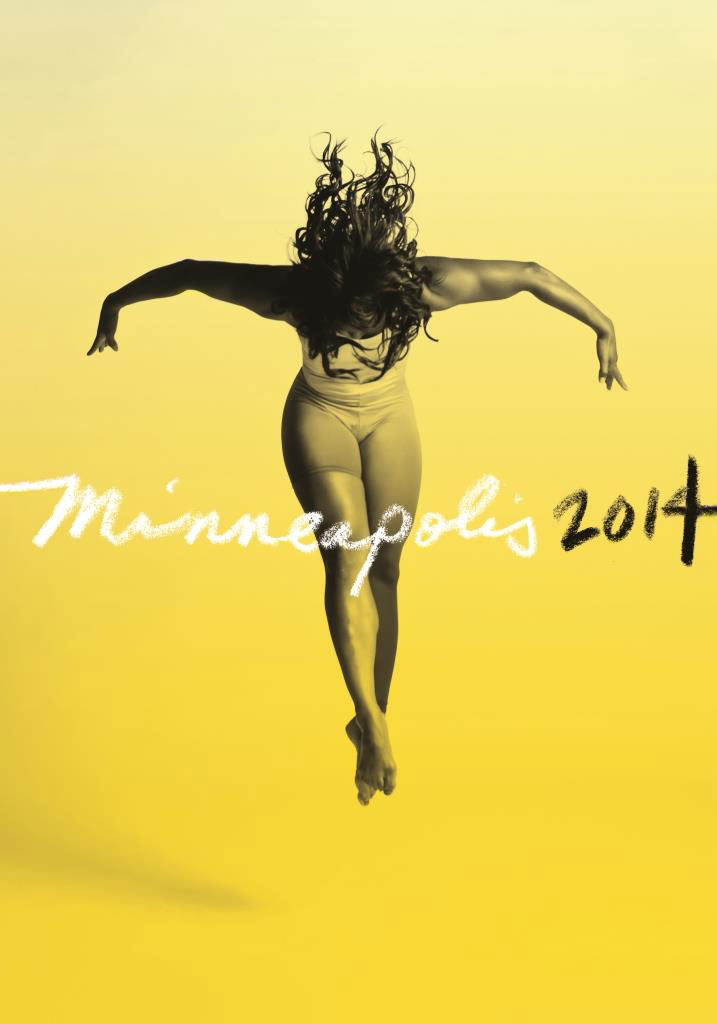 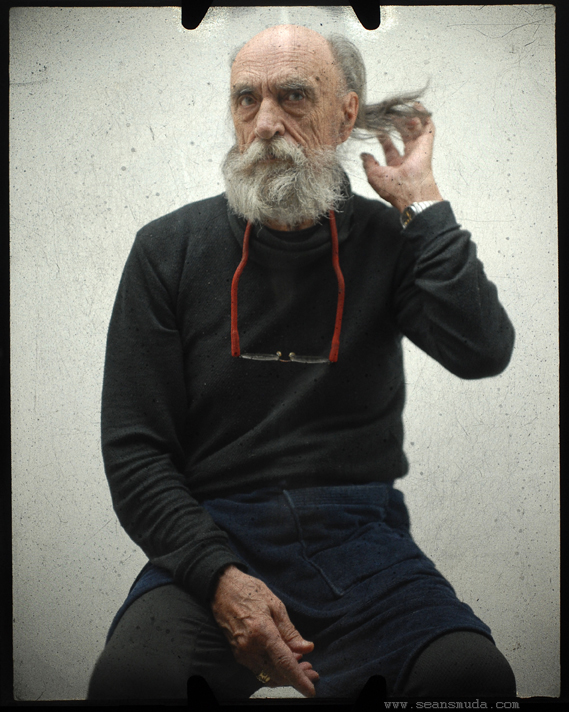 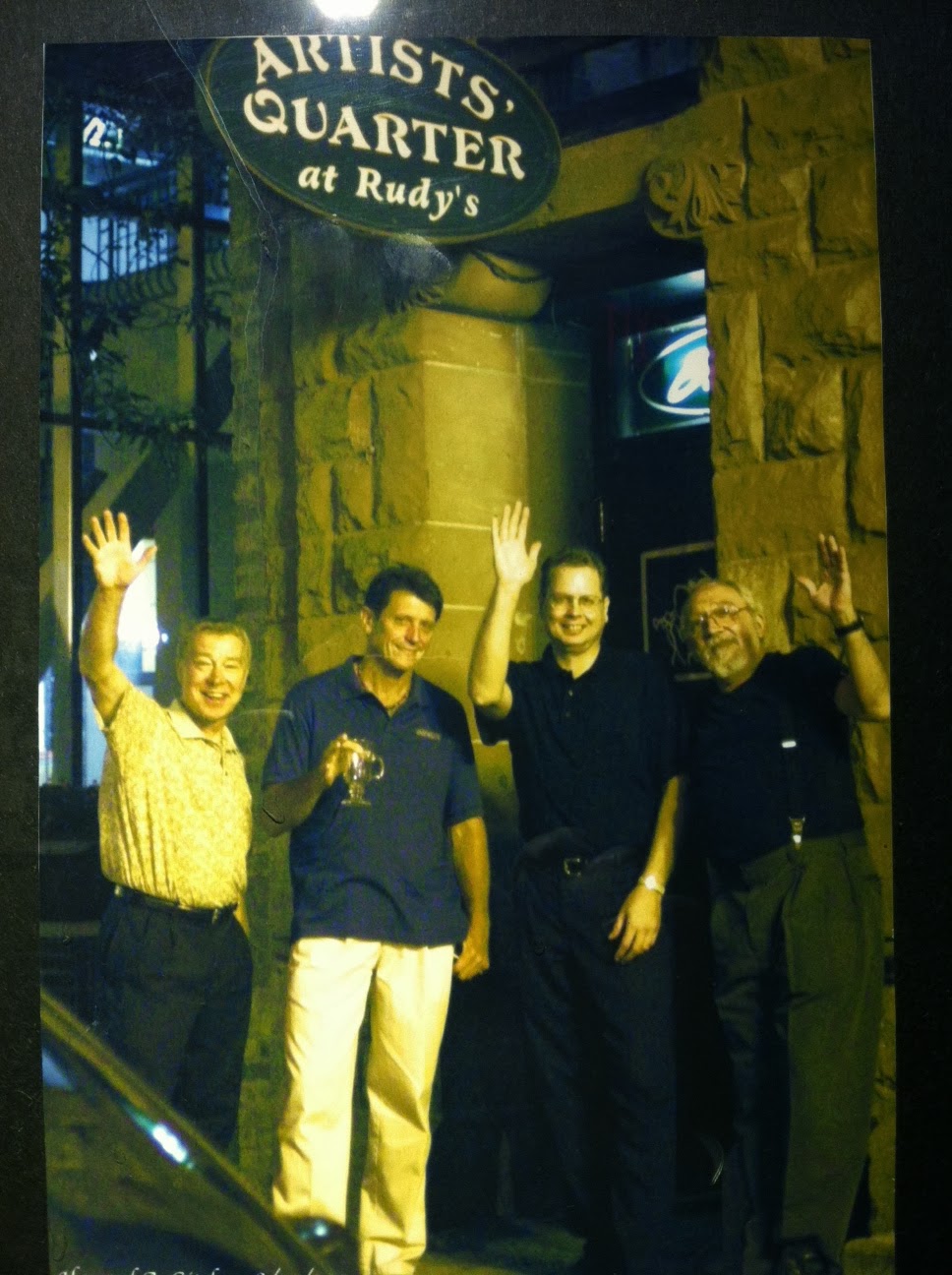