I’m so glad you’re asking me to write to you. You’ve been in Tulsa so long now it was a pleasure-shock to hang out with you after your residency presentation at the M. (I’m just going to say this whole shortening of names to initials thing for institutions is degrading and exploitative, right, J.Lo?) It was so odd to have you appear almost as a stranger.

I want to have you back here in town. I want more people who make things that I can talk to. And (I’m going to make up a stalking horse here…)

Letters, it seems to me, are all about time. Written at one point and read at another. I guess this isn’t too much different from other printed writing, but it’s a change from texts. Even emails, I suppose.

Get out, my god, get out why you still can. Before it’s too late!

The struggle is important. The struggle to maintain the tension between what we value and what we abhor. You know there’s no getting out. But the move toward the door is still vital. And then, if you’re out, fight to get in. Work and pleasure are tools for fools. Let’s assume…

There’s art and there’s business. When I came up, I read a lot about the relationship between art and life, about various means and modes of bridging that divide, and I remember it seemed like there was a lot of interesting art made around that broader discussion.

But really I don’t care about any of that now. Today (as then), with capitalism (or late capitalism or hyper-capitalism or post-capitalism or whatever the universal behemoth that currently sits astride our imagination and shits out its immutable laws is called) shaping this landscape, the relation that seems to be creating more friction is between art and business. Making money, because we’ve got to live. (Do we? Is that why? Isn’t this phrase maybe symptomatic of the problem, not a path to a solution?) If you consider yourself an artist…wait, let’s stop there. Let’s just not consider ourselves artists. (Does the problem disappear then? Is it more important to place ourselves among the Great Creatives of History than to relieve ourselves of the pressures we fall into when we do?) Let’s also, pretty please, not come up with some alternative title like Maker or Social Engagement Engineer to add some nuance and think differently about our role in the world. So maybe you don’t have a full-time job that satisfies your soul. (But who does? And why are we looking for soul satisfaction here? Why do our souls need to be “satisfied”? Who is pulling these strings?) And maybe in the moments of your life that are not dedicated exclusively to making toilet paper in the poop factory, you do something else, more or less purposeless, but beautiful according to your own standards. You may be lucky enough to have someone give you a few pennies for it. That’s where art and business collide, isn’t it? (Isn’t this the root of the issue? The parsing out of experiences into facts and relations, into competing forces? When instead maybe this tension helps support the entire structure of the field?) Some people are happy to make things that they like that they can sell, and create a virtuous cycle out of their life. (Which of course simplifies the reality, which for most of us is a mad conglomeration of activities, products, lies, posing, administration, and drudgery for almost enough money to keep body and soul strung lightly together—or if you are one of the very few wealthy who continue to take part in this charade, the formulation simply changes out the word “almost” and replaces it with “more than”.) But that’s exactly the system that needs to be fought. Just because you’re doing fine, doesn’t mean you’re doing good.

The best of what gets called art in this world is often made in resistance. There is nothing inherently wrong with buying or selling that. Probably. (Because there are already so many things wrong with what gets bought and sold in this world, why should art be a special case?) But the systems and structures that govern the buying and selling of art are not discrete. They are pervasive and pernicious. They encourage you to think you are doing something of your own, and something of innate value, but it is their commission you hold in your pocket and they’re the ones taking it home. These systems and structures probably have a name that we could Damn if we could speak it, but whenever we try, they vanish, leaving that name a husk and a decoy, taking our abuse without effect. We may think we are escaping their clutches, but every arm we run to shelter under is theirs. (Because WE are THEM.)

The business of art. To begin with, the phrase predicates a particular situation, one in which there is “business” and where there is “art.” Also that they are two separable things. So that makes me wonder, what is the business of art? The question can mean different things: what is the aspect of the field of art that has to do with buying and selling? Or, better: how can the field of art be brought into the commercial exchange markets? Or, my favorite: what is art up to, what has it got its grubby little nose into now? I think the only way to begin to answer those questions is to ask another question, one more fundamental, although arguably more meta: why are we talking about the business of art?

Because, I hear you cry, I want to get out. I’m tired of the translation, the delusion, the conceit. I want lucidity, directness, real life!

Moheb, really? Okay: I recognize the impulse and the direction. This vector is well-travelled. I also know you well enough to recognize a conceit when I hear it. You understand there is no bifurcating path between the righteous and the damned. That we all are sloshing down through this muddy field, more than half drunk and carrying more than we can lift, trying to discern landmarks and pathways, darkened pits where we might break an ankle and distant glimmers that we hope are doorways and not searchlights. There is no right path and no wrong path. No choice between the mediated and the direct, the true and the false. You also know that to restructure the binary along a continuum of more-true-than-false to more-false-than-true is only to disguise the lie as an “untruth.”

So when you draw attention to the distinction between what let’s provisionally call “art” and “life,” I’ll bet it’s because you’re feeling stuck. Dissatisfied to some extent, with a longing, a hopefulness, and a deep quiet yearning for something better amid all this discouragement we’re stuck in. I won’t pawn you off to a therapist because, although wonderful, therapists are just people, stuck like the rest of us in the muck. (And if you get some kind of comfort out of that, I’d rather not know. I prefer to struggle alone than to drown together.)

And I know you’re not asking me for advice. Maybe because you also know that the best advice is not given, but modeled—unspoken. And that advice given is never advice taken. The way swimming isn’t learned in a library.

So I imagine you are building something. Collecting the bricks from your back porch or basement, searching out the discarded and unused from the neighborhood, and now are reaching out to me and some others to ask what we can offer. Your edifice will be wide and strong, full of natural light and air. A turntable with jazz records in the corner, maps on the wall, a bed wide enough for a family, plenty of comfortable seating, a typewriter, and excellent coffee. It will be itself a building of human language, a collection of words pulled directly from the life you inhabit, useful and playful, rich and lucid and spare and opaque. This I respect and admire, and so I gladly put these few crumbling bits of baked clay into your hands. 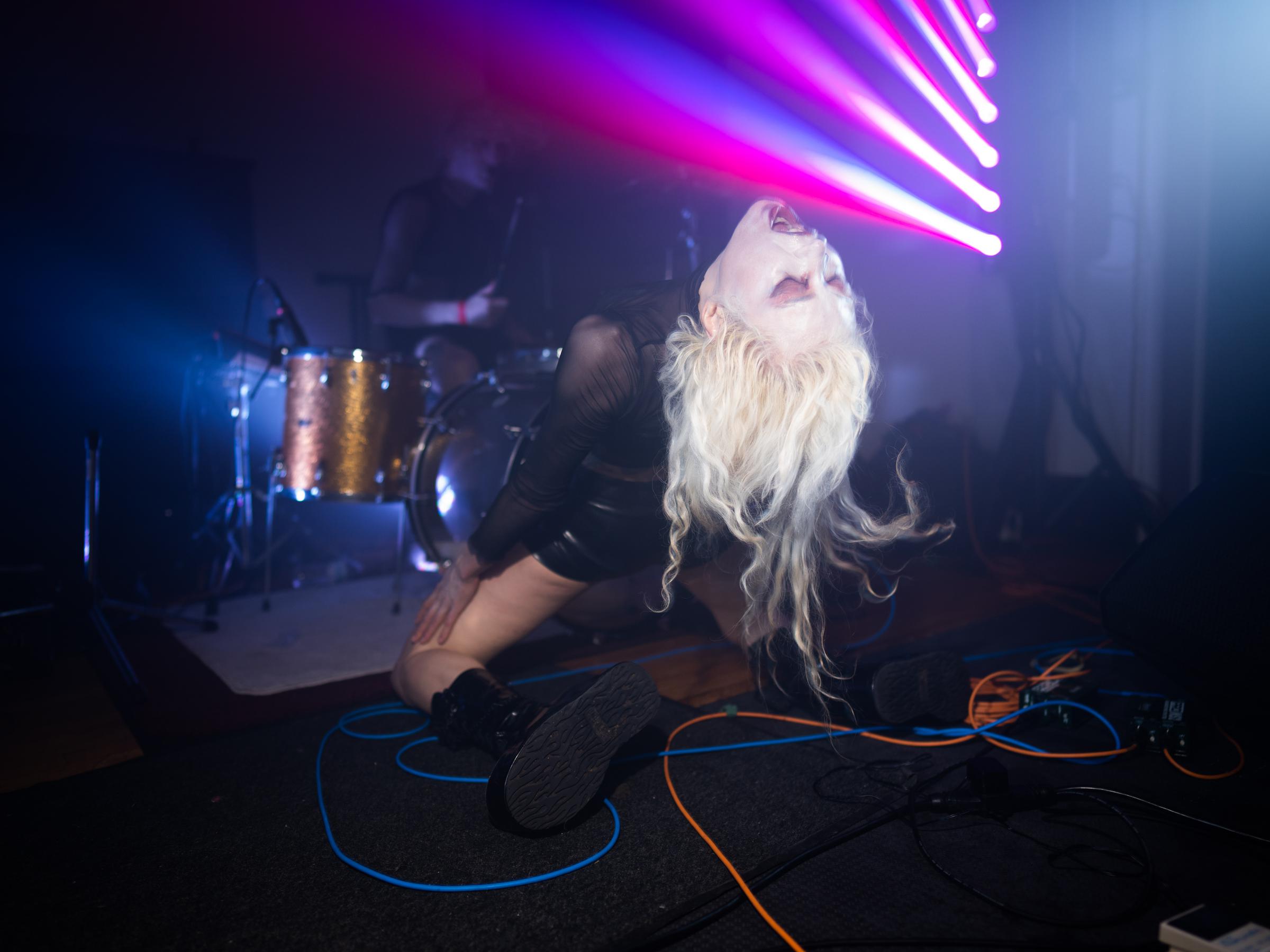