It seems impossible to write about anything now without writing about politics, or at least being political. And it’s impossible to do that without coming off as gloomy. There is a lot of bad news. There is little doubt that the old systems are breaking down and being swept away. Technology is part of it. So, too, is the feeling that somewhere along the line we got sold not just a lemon, but a whole damn lemon grove.

Of course, we push back. This country does that. We are told how to vote, what to eat, where to live, and all the rest. But the human spirit slips out the back way and does something else. It’s sometimes negative, sometimes self-destructive, but on a certain level, such push-back is a rational response to being told how to act and who to be by some puffed-up overlord who, despite purported expert status, is often quickly proved to be wrong anyway. I mean, does anybody still believe fat-free is a dietary positive, or that eggs should be avoided, full stop? How often does an expert have to eat crow before they are no longer expert? (Often, it seems, but the cycle is shortening.) We are getting hip to the long con. It’s happened in coffee. It’s happening in beer. It’s happening in food. It’s not an even, progressive response, of course. The current election cycle certainly is showing both the weakening role of the establishment and the ugly side of populism.

Even as this is happening, as the individual gains or claims more control over what he or she eats, drinks, and thinks, the elite-establishment likewise pushes back harder and louder than ever. The academy asserts its status as knowledge gatekeeper and continues to raise the price of admission alarmingly, even as its product has less and less to do with actual progress. Even big beer makers are feeling the fear. Coors and Miller and all the rest run ads mocking the craft beer movement, while they quietly roll out faux-micro brands of their own. It might be easy to make fun of the hipster moment, with its mustaches and locavore smuggery, but on a deeper level, isn’t it simply a matter of saying, “if I buy it, I have a right to choose it”? And isn’t that positive?

In music, Nashville™ and all the other music overlords are trying harder than ever as well. Corporate music is relentlessly pushed down our throats in every commercial, piped in every store, on shows like The Voice. It is cross-branded and dumbed down to the point of being every bit as generic and watery as Keystone beer, as tasteless as chicken McNuggets. At the Grammys, the CMAs, on Twitter, and even at state events, these vessels for conformity otherwise known as stars are foisted on us as artists in line with Duke Ellington, Billie Holiday, Mozart, Hand Williams, or Robert Johnson.

But we notice the difference. I don’t believe technology is killing the music business. It is killing the ruling class. The power and the creativity of the individual, and of individuals banding together, have both the will and the means to take down the ruling class that has up to now dictated what we listen to. Live music still matters. And now, creative artists can record their work without asking permission from Sony, or Columbia, or whomever else. Distribution might be tiny for these artists and indie producers, but their effect is mighty. Again, look at craft beer. Why would Coors fear something like Summit or Surly? It’s not market share that matters. It’s the truth and integrity that artistry represents that scares the behemoths.

The establishment, whether by money, power, or assumed expertise, is losing its grip on the individual. The institutions that dominated the 20th century don’t have the same control now that they used to. We will continue to see this shift reflected in the arts too. At 44, I am no longer young, but with Generation X and certainly those younger, the question is: why we do need a ruling class-funded organization to put on a show in the first place? The millennials I am talking to don’t have any particular allegiance to the grant-funding process, to the Ivory tower, or even to playing prestigious halls. Their allegiance is to their work, their peers, and their audience. That is true of plenty of artists my age as well.

Truthfully, it has always been true in music. Musicians find a way, with or without external support, and in so doing, for themselves, change everything—sometimes overnight, and sometimes gradually. Some evidence:

Beauty is rebellious. Rebellion can certainly be empty-headed and even dangerous (use your imagination here), but it can also carry the seeds of a better community. Our instinct for rebellion means that the establishment doesn’t get to shove a Coors Light in your hand and some Nashville pablum on your smartphone, and you’re going to like it. It just might mean you decide you don’t even need an iPhone to begin with.

Jeremy Walker (known to many as “Boot”) is a prolific composer and pianist who started playing the saxophone at age ten in Minneapolis. In 2005, illness (recently diagnosed as late stages Lyme disease) forced Walker to stop playing the saxophone; he turned to piano and composition earning accolades including a Jerome Foundation Travel/Study grant and collaborations with Alvin Ailey alumni, TU Dance, and Zenon Dance Company. He has performed with Vincent Gardner, Marcus Printup, Ted Nash (all with Jazz at Lincoln Center Orchestra); Wessell “Warmdaddy” Anderson (Wynton Marsalis), Anthony Cox (Stan Getz, Joe Lovano), Ron Miles (Bill Frisell), Matt Wilson (Dewey Redman and Jazz at Lincoln Center) and other notable musicians. After some years living in New York, Walker moved back to Minneapolis in 2012 to be close to his son, Sam. In 2014, Walker released 7 PSALMS, a suite for solo voice, choir, saxophone, piano, bass, and drums, available on cdbaby and iTunes. Walker is currently serving as Curator and Music Director of Jazz at the Target Atrium at Orchestra Hall. Find more information here and at www.boot-music.com 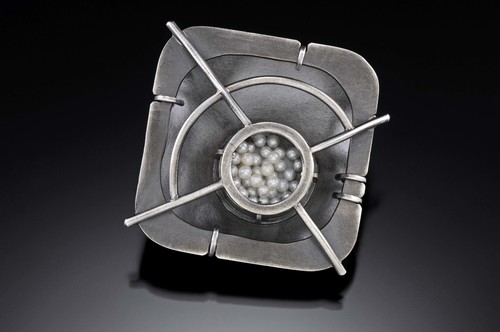 The Process is the Product