Eight years ago, the idea of structure clicked while I was listening to the choreographer Tere O’Connor talk. I was at the dance critics’ workshop that the NEA used to run at the American Dance Festival (led, at the time, by Suzanne Carbonneau), and O’Connor was describing how he read novels with an eye to their structure—entrances and exits, numbers, parallels. I had already been prodded along this line of thought by various Minneapolis dancemakers (Hijack, Morgan Thorson), but now, thanks to something O’Connor said—and I don’t remember just what—it snapped into focus: a structure can be read for the politics or experience it suggests. That is, a soloist suggests a monarchy, a duet a marriage; a digression suggests freedom, a return order. Does that sound basic? It is, and yet the reading possibilities it opens are tremendous. Suddenly I had new ways to make sense of things—ways that, in contemporary dance, I knew I needed.

The revelation was not unique to me. All the critics left full of energy that day (and we often left our long, imperfectly air conditioned sessions rather soggy). My roommate even borrowed a DVD of O’Connor’s work, and we clustered around it, hoping for more enlightenment. But the DVD proved unwatchable. Like a ghost, O’Connor’s dance left an unsatisfactory trace on video. And O’Connor did not present work at ADF that year—in fact, he never had—so we couldn’t follow up on him.

Fast-forward to this past July: late in ADF’s six-week run, signs began cropping up near the ADF studios in Durham. Posted at intersections like campaign signs, they showed the outline of O’Connor’s face and his rumpled hair, along with the tag, “Tere, it’s about time.” These signs forecast delight for those in the know: O’Connor was at last showing work at ADF, and not just one concert but three evenings encompassing a suite of recent and related pieces: Sister, Secret Mary, Poem, and BLEED. Two months later, I’m still bobbing around in the wake of pleasure and thought.

IN O’CONNOR’S DANCES, everything flickers between registers. Two dancers are a duet until they are a treaty, and they are siblings until they become a marriage—facing off against the others, locked together—which lasts only until they become weather. Dancers are people, characters, wind flow, themselves; technique is a language, a pretense, a tool.

With O’Connor, everything might be meaningful, but its meaning might be mostly in your mind. For example, the two dancers in Sister (Cynthia Oliver and David Thomson) are African-American. Does this mean that the piece is about blackness? This question, in the Tere-verse, opens a spiral of others: would a piece with only white dancers register on me as being about whiteness? How is an all-black cast different for me than a mixed cast? Do I think a white choreographer (O’Connor) can cast two black dancers by happenstance? When do I allow a black dancer to be “just” a dancer who is black, and by focusing on race, what other important determinants am I missing about these dancers? The questions are slightly uncomfortable, yet I feel them more as musing because they arise naturally from the open flow of the dance; O’Connor does not fling them at me. This is how O’Connor can spur revelations about structure: his dances make you wonder how you make meaning.

They make you wonder—and meanwhile they rush on through ever-more ramifying moments. They flit instead of accreting and diverge instead of returning; they skim and pounce. Their structural motion is as much dance as their literal motion, which is also wonderfully light. O’Connor favors distinctive dancers with pretty flaws: a slightly wan classicist (Ryan Kelly), a petulant imp (devynn emory), a drooping flower (Heather Olson), an Ariel (Oisin Monaghan). He likes tippy-toes—curious, cautious, ascendant. He draws no distinction between gesture and dance; instead, gestures occur at all sizes and intensities, up to full-on leaping, and even the most fervent steps retain the flung ease of a wave. I was reminded of the Isadorables—Isadora Duncan’s students, who frolic like nymphs in vintage photos. Errant, buoyant, O’Connor’s dance is marvelously different from the muscled, martial athleticism of so much contemporary dance.

Errant, buoyant, O’Connor’s dance is marvelously different from the muscled, martial athleticism of so much contemporary dance.  I’m tempted to say his work is a corrective to that muscly modern, but that’s exactly the wrong way to see him: nothing so blunt as a corrective emanates from O’Connor’s corner.

That is, it’s mostly different; it’s hard to say anything absolute about what O’Connor does, since he constantly defies consistence. I’m tempted to say his work is a corrective to that muscly modern, but that’s exactly the wrong way to see him: nothing so blunt as a corrective emanates from O’Connor’s corner. While I watched, I had the sense that if I tried to put words to what I thought was happening, I would squash my ability to see what came next. I’ve never felt such exhaustion looking through my notes on a dance; following the dance through them is like mapping the trajectory of a butterfly based on the position of rocks I threw at it during its flight.

Perhaps it goes without saying that these are abstract dances, that they have no “about”; they are instead held together along the inside by process. But process is not visible to the audience—and it would be a misunderstanding of O’Connor to suggest that he thinks audience members should research or intuit processes. They may if they desire, but it’s more that O’Connor has faith that a sound or interesting process will conduce to an experience worth having (faith, and craft, and outstanding dancers, and great design, in particular from his costumers, Susan Becker, James Kidd, and Walter Dundervill). And it does. But how, and why, and what that experience is, is hard to say. Do you like being tickled? Do you enjoy mysteries? Do you flick through fashion magazines for their parade of possibilities? These are all similar to the pleasure O’Connor produces.

Similar, but different, because although I can’t pin anything so heavy as an ethos on O’Connor, I do feel a moral dimension to his dance. Of course I do: structure is not merely political, it’s moral. That is, it’s aesthetic. Everything is aesthetic. It’s a serious business, making dances, making experience.

I’VE BEEN THINKING about what I want to accomplish here. Getting across the dance is even less possible, in O’Connor’s case, than it usually is (although, for a more complete analysis of the structures and processes of the individual dances than I am providing here, you should see Amy White’s excellent coverage). I could say that I’d like you to pay attention to O’Connor, but it’s very hard to do that unless he’s immediately in front of you. Videos don’t do him justice. And though he’s widely available in interviews and blogs, his written words don’t evoke the pleasure of his work (though his text pieces are wonderful inside-baseball for artists). His art exists in the always-passing moment — a moment it extends, complicates, clarifies. It is pure choreography, no other form, no other language. So, instead, I will urge you to seek O’Connor. Be on the lookout for him.

American Dance Festival, based in Durham, North Carolina, presented six-and-a-half weeks of performances and residencies by major established companies and emerging artists from around the world from June 12 through July 26, 2014. 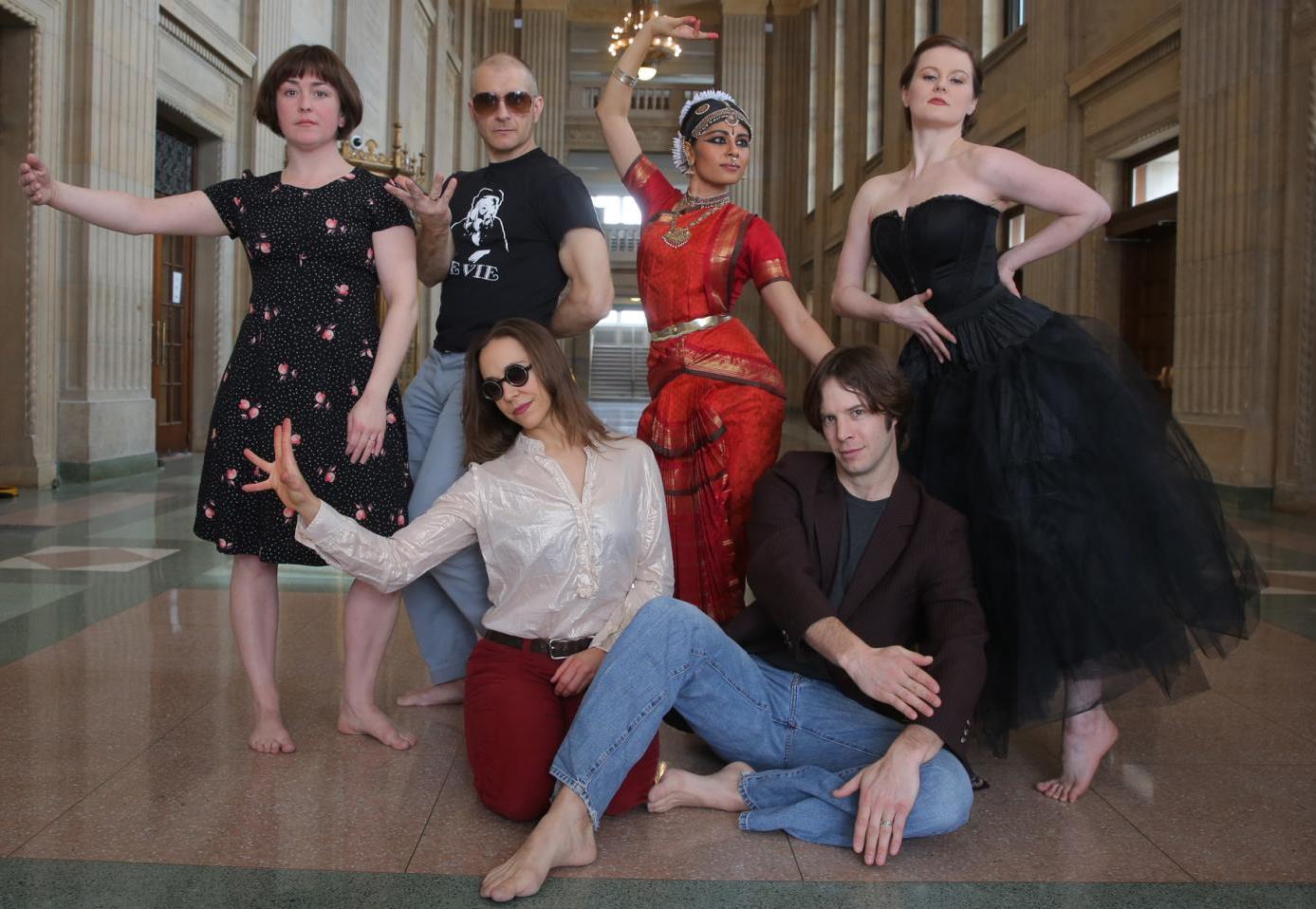 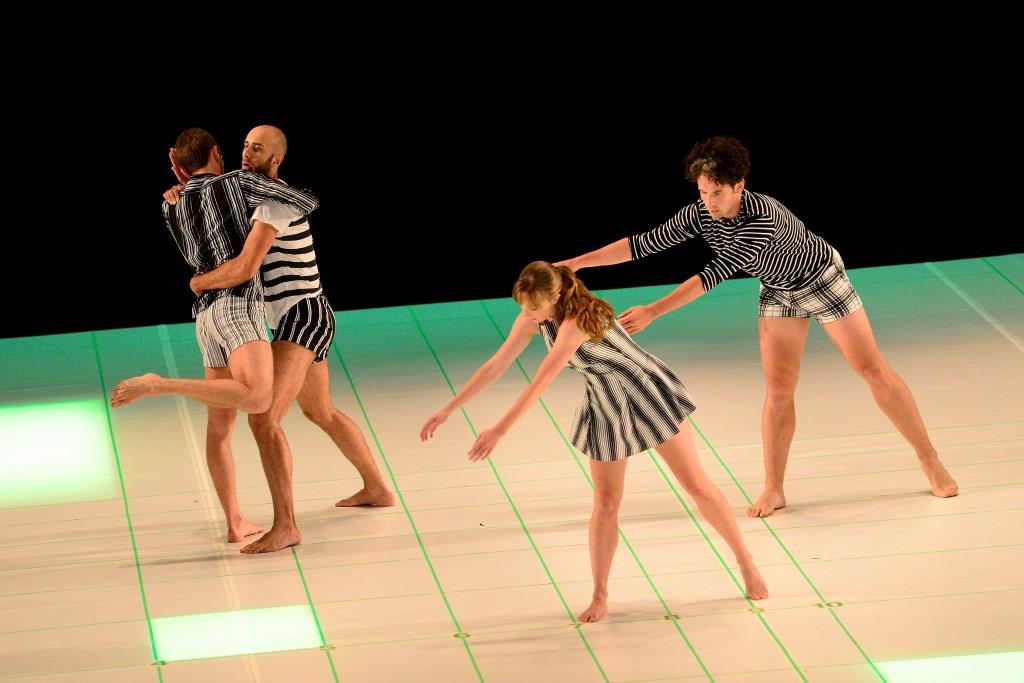