The Andy Warhol: Minnesota Goes Pop exhibition, currently on display at the Rochester Art Center, uses two bodies of work by Andy Warhol as the starting point to explore contemporary Pop Art. Curator Sheila Dickinson has organized an exhibition where Warhol forms the foundation, while contemporary Minnesota artists run with Pop ideas. Starting with Warhol’s Myths and Cowboys and Indians series allows Dickinson to build coherent relationships between the included artists. However, for the most part, the younger artists outshine the Warhol prints, offering fresh investigations of contemporary culture.

The large galleries of the Rochester Art Center provide ample space to explore the mashup of approaches to popular culture. Setting the stage, the first gallery features a grid of Warhol images from the Myth (1981) series. Also in the gallery are two large paintings by Frank Gaard who forms somewhat of a bridge to Warhol, being of the first generation inspired by Pop Art’s rise. His acrylic paintings, collaged with brightly colored LPs, remind the viewer of the diversity of Pop; it might have been nice to have a few more artists of his generation to emphasize this diversity and bridge the divide. Instead, Gaard and Warhol share the space with Tagged/Me (2014), the digital image collection of Nick Medearis. The continuous slideshow of selfies captures the conformity and commodification inherent in contemporary culture. Devoid of any self-reflection, or even beauty, the collection shows us only surface as the woman strains to pose, contorting herself into camera positions that she imagines will make desirable images. They fall flat, however, empty of any aesthetic pleasure.

The next gallery offers two media pieces that similarly engage, Dylan Redford’s Why did I watch this? (2016) and Ziyang Wu’s The Story of the Pig (2014). Redford’s piece is presented on an iPhone in the corner of the gallery. Spoilers here: there’s no image, only text that describes the narrator’s experience looking at footage of a terrorist attack. Warhol capitalized on images. Here we are reminded that we are so inundated with images, we can imagine them, the same manufactured media shots and accompanying logos identifying what we should be horrified by. We should look away, but we cannot. Watching Redford’s video, which consists of his reading the text, we are continually waiting for the expected image. As one gallery viewer mentioned, “I thought there was going to be some video to it, but it’s only words.” It was hard to tell if she was disappointed or relieved.

Wu’s The Story of the Pig occupies the gallery space adjacent. It’s grand display and outrageous imagery acts as a thoughtful counterpoint to Redford’s quiet piece. Pushing the pop culture paradigm to the max, The Story of the Pig is unrestrained and unapologetic. Wu has created an animated world, where anthropomorphized pigs take the place of humans. They fill a megachurch/arena worshipping a goliath, human-faced, multi-armed, war machine god that brands select worshipers with fascist symbols, marking them for later sacrifice. Columns at the back of the arena are giant penises constantly changing from flaccid to erect to flaccid, while pigs engage in orgiastic activities within skyboxes. Wu has gathered most major religions into his fantasy space, beginning the video with what seems like a harmless meditation, which soon devolves into cult-like behavior. All of this intersects with K-Pop, as gilded humanoid pop stars join in and amplify the chant. At the heart of the message is a warning – the relationship between conformity and fascism is never far away. Although over-the-top and absurd, Wu’s animation provides a remarkably apt parallel to our current political climate.

At the heart of this gallery is Katayoun Amjadi’s sculpture, Nightingale and Rose (2016), which consists of five cast porcelain roasting chickens: one that is covered in gold, two plain, and two with rose decals. The uniformity of the chickens is notable, referencing Warhol’s assembly line, but with a firm nod to Duchamp’s readymade movement. Warhol capitalized upon the readymade by expanding his subject matter to include photographs from news and culture as well as everyday objects. While Duchamp made the ordinary into art, Warhol commodified the banal. Amjadi’s exalted chickens seem, at first glance, like a simple gesture, much simpler than Wu’s expansive video. They present layered meaning, subtle references to the pose of the Buddha, the golden calf, or the delight found in a knickknack on a collector’s shelf. Yet these are casts of a headless roaster, a bird slaughtered en masse for consumer consumption. When looked at next to the Medearis photo collection, Amjadi’s porcelain chickens are filled with irony. How odd that a golden chicken carcass should be so much more beautiful and desirable than a photograph of a woman posing.

The second half of the exhibition is inspired by Warhol’s Cowboys and Indians (1986) series. Native artist Jim Denomie contributes colorful paintings that seem to taunt the Warhol prints – appropriations of white as well as Native symbols of the American West (John Wayne, Teddy Roosevelt, Native icons). Maria Cristina Tavera also presents a gorgeous group of screenprints that appropriate commercial, pulp fiction and historical material to question the nature of identity. It is Rory Wakemup’s work that steals the show in this part of the gallery, however.

A mashup of Star Wars and Native costuming, Wakemup’s Darth Chief (2014), Buffalo Thunder Trooper (2015), and Smart Wars Resistance Troopers (2016) strike poses in front of a wall full of Mirror Shields of Standing Rock (2016). Buffalo Thunder Trooper stands triumphant over a large papier maché head of the Cleveland Indian’s mascot. Around his neck hangs a smaller version of the head, what appear to be cast bronze, the size of a human heart – a triumphant souvenir of victory. The Smart Wars Resistance Troopers are wearable costumes, and viewers will long to see them parading the galleries. These pieces combine everyday materials – duct tape, athletic gear, used clothing – with semiprecious adornments, feathers, beads, bear claws, and bullet casings, and the popular mythology of the Star Wars series of movies, together celebrating the tradition of appropriation found among many Native cultures, well before Duchamp and Warhol made it popular within the fine art world. As those movies were based, in part, on Hollywood westerns promoting a racist fantasy of the American West, it’s only fitting that Wakemup’s warriors are based on the bad guys of the Star Wars myths, paralleling the Indians as they were portrayed in the old westerns.

Popular culture can be a powerful weapon. Wielded with dexterity, it can tap audiences with which “high” art might struggle to communicate. Pop Art made the case that art is not reserved for an elite few. When the things we are familiar with are exalted, we connect with work on an intimate and playful level. Appropriating Star Wars and blending it with a tradition that has been so besieged by stereotypes introduces a broader view of that community. It begins to speak to complex ideas about cultural appropriation, acceptance, and difference. It’s also just plain fun. While it is impossible in such a short review to speak to all of the work presented in a group exhibition like Minnesota Goes Pop, there’s no doubt that Warhol would have liked this one. It’s full of interesting artistic gestures, organized thoughtfully within the generous galleries of the RAC, and celebrates the vibrant arts and ideas being generated in Minnesota.

Related programs:There is an artist talk with Dylan Redford and Ziyang Wu on April 27 at 7 pm; Frank Gaard will give an artist talk on May 5 at 11:30 am. 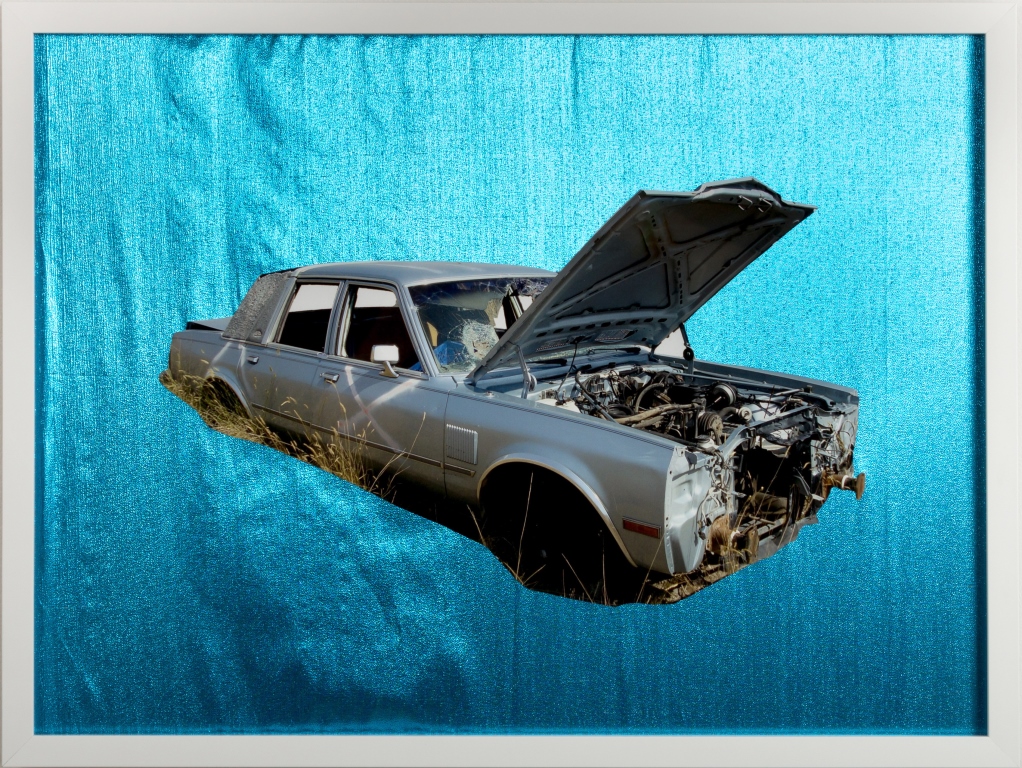 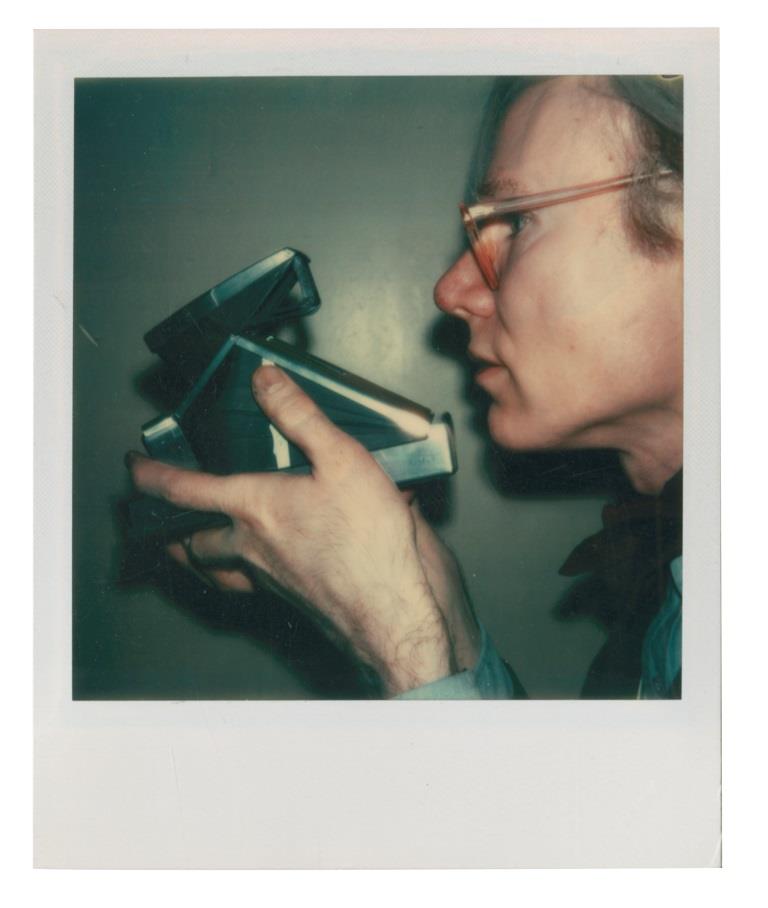 Warhol and the Art of Making Money 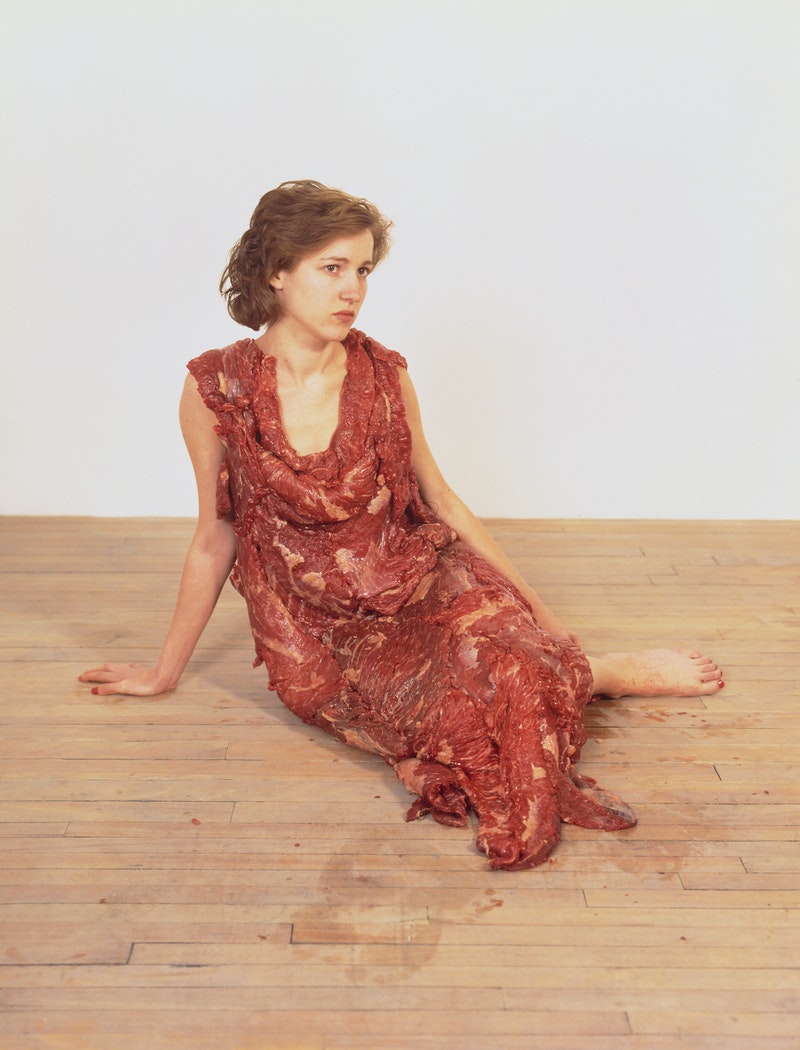 Meat: A Slice of Life