BURIED IN SOME BIT OF EPHEMERA ABOUT HOW A MAN SHOULD BEHAVE as he ages from his twenties to his forties, Esquire magazine recently announced that “jazz has been dead for decades.” Actually, that claim has been around almost as long as jazz itself has been, and while it is ridiculous, it also raises some uncomfortable questions. Chief among them: If jazz is vibrant and healthy, why have the Walker and mnartists.org asked me to write about the form in the hopes of getting more people to listen?

Before we get back to that question, I am going to lay out the usual bad news and gloomy assumptions about jazz — think of it as calling the demons out before we exorcise them.

Let’s get it over with quickly, in no particular order:

I have no interested in answering each of these points, but I have heard them all, coming from both inside and outside of the industry. The most caustic comments — something along the lines of the stark declaration, “I hate jazz” — I have also heard a lot actually, usually after someone asks me what kind of music I play. (I don’t know why people feel free and compelled to offer such a scathing response to small talk, but I guess hatred is better than indifference.)

My reaction to this long list — and it could be a lot longer — is: So what? If you look at the history of this music, jazz has always been an underdog. Even when it was popular, musicians struggled against racism, Jim Crow laws in the South, critical ambivalence and worse, dilution of the form. In the twenties, plenty of people thought jazz was downright evil, and certainly no equal to Western classical music. By the 1940s, big band popularity was waning and rhythm-and-blues was beginning to take hold; by the 1950s, well, rock-and-roll and teenagers with disposable income had already forever changed the music industry. For its part, over the decades jazz became ever more complex and. some would say, more remote from regular audiences; it certainly moved steadily away from dancers.

For a long time, racism had a lot to do with America’s ambivalence to jazz, if not its popularity then certainly its slow acceptance as a form of music equal to Western classical music. Maybe that is not the case anymore — I certainly hope not. There is an ongoing debate as to whether jazz has been co-opted by White America and, in the process, moved away from the Black community, its fundamental cultural source material. Frankly, that is not a debate I am going to enter here — but it is out there. We do know this much: the leading figures in jazz have long been black, but the audience has become increasingly White, middle-aged, and affluent.

Again, for the listener: So?

And more: For the last several decades, the prevailing arts model has been based on grants and charitable giving. The assumption being that important work can’t happen with only public largesse. That model has suited theater and the visual arts very well. And foundations set up, sometimes a century ago, have similarly supported classical music. So-called “new music” is favored by many community granting institutions. But even if such philanthropic and community arts organizations were inclined to support the form, getting grants is hardly the solution for jazz music.

Jazz depends, more than anything, on freedom of expression, and the grant process hardly favors this kind of idiom. What’s more, jazz is in the middle: jazz is not “new;” there are venues that continue to feature it; jazz shows up in movies and commercials. So, the thinking goes, the form doesn’t need outside support. In essence, jazz is classified as popular music. (As a matter of fact, most of us remember when record stores walled off the classical section in glass and put jazz in with Top 40, rock, country, etc.).

But jazz is not popular. Economically, jazz is a bastard — it’s neither popular enough to pay decently, and not “art” enough to fund through public and private support.

The irony is jazz may be classified as “popular music,” but it is not popular. Economically, jazz is a bastard — it’s neither popular enough to pay decently, and not “art” enough to fund through public and private support.

And then, as a marketing term, “jazz” is confusing. Kenny G is jazz. Wynton Marsalis is jazz. The Bad Plus is jazz. “Adult contemporary” is jazz. And so it goes. And with the category designation come the inevitable stereotypes. Jazz has come to encompass any instrumental music that is not classical — sort of.

I went through a period earlier in my career where I believed strongly in an objective definition of jazz. I have gotten over it. Not really because I don’t think it would be nice — it is very difficult to talk about something if you don’t know what it is. Instead, I got over it because settling on such a definition is futile.

Forget the problems with jazz — increasingly, music itself is lacking relevance. I have been a teacher most of my adult life, both on saxophone and piano. Many of my saxophone students come to me never having heard the instrument outside of tryout day at school, and at least half of my piano students practiced at home on an electronic keyboard. Music, for many of these students, is what they hear on television and on the radio — commercially manufactured products,  rather than songs actually played on an instrument.

As a side note, I am astonished at Guitar Hero and Rock Band — these are essentially simple video games, with push-button architecture and rock accompaniment. Has the guitar as a Christmas or birthday present completely disappeared from the American landscape?

So, any discussion of jazz as an absolute form seems a little like closing the gate after the cows have gotten out. Man, we are not post-jazz, we are post-music.

I would rather just play and write music — get it out there — than debate what constitutes real jazz. It’s not that these questions are not important: Jazz has moved away from its blues and dance roots; according to my aesthetic preferences, that is a problem. My bias: the less the music swings and the less the blues are present, the less I want to listen. But I’m not willing to extend what I hear and what I want to hear to other musicians; and listeners don’t and maybe shouldn’t really care. For the listener, Duke’s dictum is still the best: There are two kinds of music, good and bad. There are all kinds of great music outside of jazz, and there is plenty of lousy jazz out there.

Another aside: I am asked too frequently what I think of The Bad Plus: Are they jazz? and all that.  I think they sound great — whether or not they are jazz just isn’t that important to me. They are extraordinary musicians, but I don’t want to play the way they do — and it is a good thing, too, because I couldn’t, no matter how hard I tried.

And that is the fundamental question, in the end: How does it sound? And the simple answer: You can’t know until you have listened to it.

I find myself writing about jazz, in the universal sense of the word, at a time when I am not that interested in universals. This essay series was conceived to highlight jazz in Minneapolis and St. Paul, with the aim of bringing more people out to listen to it — but the particulars of the music can only be experienced in the moment, in each song, each note.

Originally, I thought I might write about the mechanics of jazz — take the de-mystification route. I’ve decided I will leave that to others. I think music is best for the listener with some sense of mystery left intact. Jazz, like all good music, is about feelings expressed in sound. I can’t unravel that for you in words. You just have to listen. Musicians just need to play. All the strategy, grantwriting, marketing, and technology can’t replace that.

About the author: Jeremy Walker is a composer/pianist based in New York. He has performed with Matt Wilson, Vincent Gardner, Ted Nash, Anthony Cox and other notable musicians. He was the owner of the now defunct club, Brilliant Corners, and is the Artistic Director for Jazz is NOW! in Minneapolis. Walker currently leads two bands, Small City Trio in Minneapolis and The Bootet in New York. 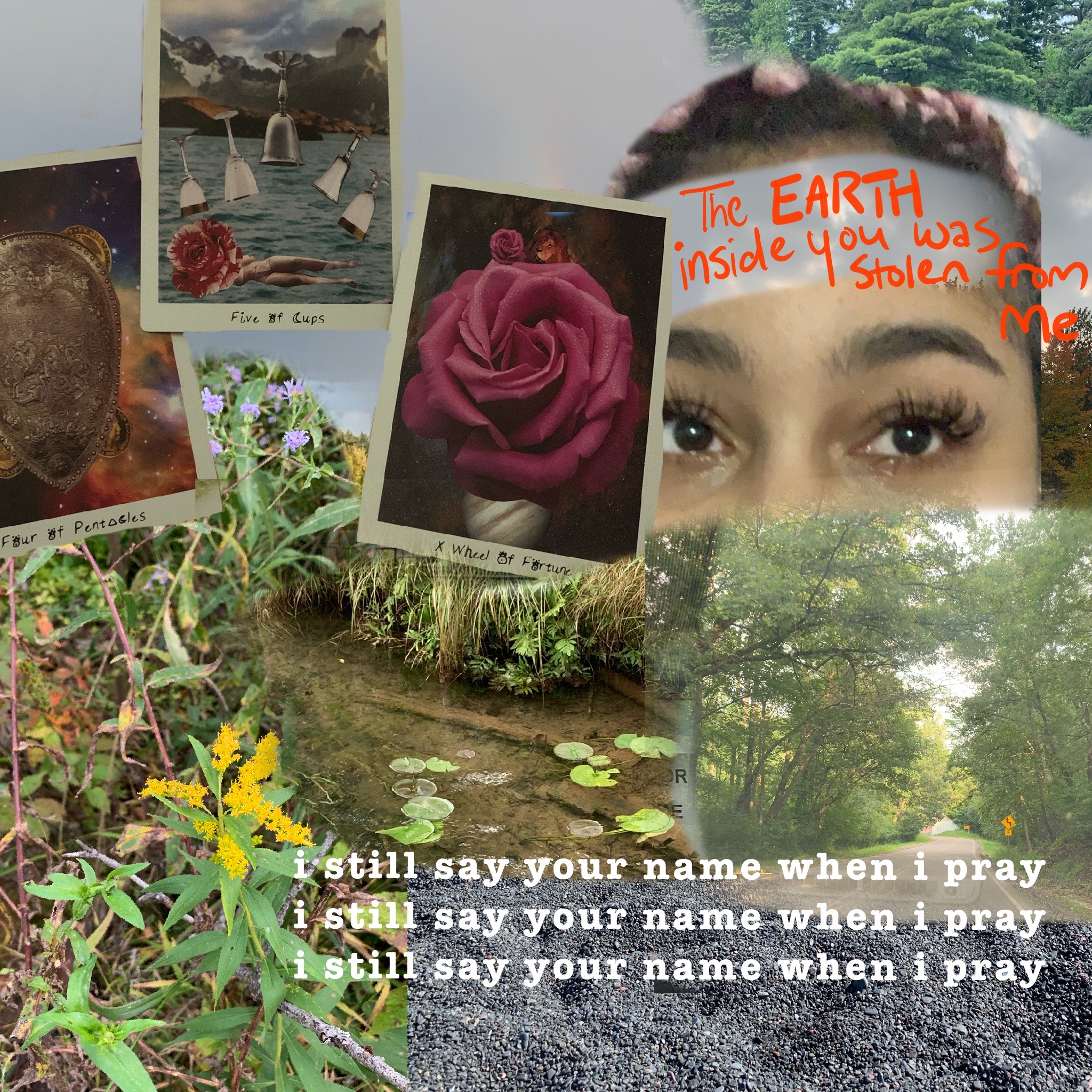