IN MATHEW JANCZEWSKIS WORK, DANCERS SPILL across the stage. They tumble and riot, or theyre suddenly still; they nerve and twitch, or suddenly splay a limb like a spread bird wingvulnerable anatomy. Sometimes, all together flying across space, theyre like silk shaken; other times, more like pick-up sticks. Everywhere is texture: this shape against that shape, a windmill lift backdrop to a woman running, the push/pull-tussle/kiss of a tricky partnership. Watching, you track the swirl as you might weather, a particularly spectacular summer storm; then one shape flares out from the mass like lightning, one image you hold.

Mathew Janczewskis ARENA Dances, now in its thirteenth season, is rehearsing for their upcoming show at the Southern. ARENA has several tours coming upin fact, right after the Southern show ends, theyre flying out to New York for a run at the Joyceand Twin Cities audiences wont catch ARENA again until May 2009.
Its not just ARENAs firefly presence that should interest you in this concert, though: New York string quartet ETHEL will accompany ARENA. The rock-jazz-classical-everything quartet will play several new pieces, including one by local composer Michael Croswell. This musical extravaganza wasnt exactly planned. Janczewski had choreographed almost a whole ETHEL album, liking their throaty, dynamic sound, when he got the idea to bring them to the Twin Cities. Meanwhile, the Composers Forum approached Janczewski, asking him to commission a score. He chose Croswell (with whom hes worked before), and the pieces fell into place.
Still, if the musical element isnt some grand scheme of Janczewskis, it might as well be. Hes a choreographer driven by music, and a choreographer who drives music: an earlier concert explored Bjorks quirky sound, while his 2007 show Ugly featured a new score from electronic music pioneer Morton Subotnik. He tends to describe his pieces by the number of people involvedthis is an octet, this is a quartetinformation that he says he gets from the music. This doesnt mean he practices one-to-one music visualization, though. Instead, Janczewski adds the texture of his dance to the texture of the music.
Everything, Everything, his new duet for Amy Thomson and Erin Thompson (no blood relation, but a great dance relation exists between these women), shows Janczewskis way of working with and against the music. The dance is outwardly simple: two women, doing mostly the same movements, often walking, mostly in unison, mostly staying on their own sides of the stage. The music is outwardly complex: snatches of voices, snatches of opera mix with the articulate strings. But as Thomson and Thompson shift in and out of phase with each other, as one holds a step a count longer than the other, or simply as their different forms cut slightly different echoes of the same shape, the dance discloses a dazzling complexity that cuts into, and in some way explains, the dense system of the music.
So responsive to music, Janczewskis also responsive to nearly anything else that collides with his orbit while hes creating work. He likes to go into the studio blank, without any prepared phrases, and just start. I dont create things until Im in the studio, he says. I might have a movement thought, but I really enjoy making things up on the spot. What he finds in the space, in the moment, goes into the work. He describes how he originally created one of the Dancin’ with ETHEL pieces, Spiral Shift, on undergraduates during a residency. The college dancers seemed to him to lack torso movement, so he worked with that. But when a dancer asked him about her intention, Janczewski surprised himself by coming up with a story. I created that piece out of movement, he says, and then I discovered the meaning. But hes quick to add that there is no real meaningit is just a movement piece. When Janczewski does have specific ideas they can be quite odd, and they often get buried as hes choreographing: a pair of red high heels were the starting place for one piece, which now contains nothing remotely high-heeled. It doesnt matter. The idea is that little twist that, for me, has all these open, abstract ideas. Audiences can have their own thoughts on what it means, Janczewski says; pinning down the audiences experience is not a priority. Ultimately, I tend to follow energy lines. Now that hes revisiting Spiral Shift with his own dancers, hes opening up the movement, not the story: a short trio is now whip! and schoom! and throw! while the partnering is more touchyoure feeling every hair on your partners arm.
Given Janczewskis sponge-like imagination, its natural that his dancers are vital to his composition process. This isnt just my thing, he says. Im only as good as my dancers. Janczewski is a be-mused choreographer: when he talks about his dancers, he gets starry-eyed, as if he were seeing them dance in his mind. Amy Thomson, his longtime collaborator, occupies almost angelic status, and Stephen Schroeder, another ARENA veteran, also is high in Janczewskis heart. Still, hes open to new muses, too. He has to be: ARENA isnt a steady company with contracts for the dancers. But this seasons busy schedule shows that ARENA is ready to take that next step.
ARENAs future is crucial to the development of Janczewskis choreography. He knows he does his best work when he can just play with the dancers, give them movement and have them explore it, try out this, try out that, all in an open, fun atmosphere. Right now, hes especially excited about his new quartet run with me, created with Schroeder, Eddie Oroyan, Sarah Baumert, and Julie McBride, a relative newcomer to the Twin Cities. It was just magical to create, he says. The magic comes across: run with me is a vivid whirl, densely layered and evocative rather than narrative, but with moments of crystalline clarity. Creating it, Janczewski felt he always knew what was next. The piece feels eerily familiar to the audience, toonot predictable, but more like a half-remembered dream. Melancholy, romantic, dramatic, and lovely, its work Im looking forward to seeing.

What: Dancin’ with ETHEL by ARENA Dances, with music by local composer Michael Croswell as performed by the string quartet, ETHEL.
Where: The Southern Theater, Minneapolis, MN
When: October 23-26, 2008
Tickets: $29 (pay-as-able, Saturday at 5 pm)

Watch a short video clip of ARENA Dances in a 2004 performance of Hold On, one of the pieces on stage in Dancin’ with ETHEL: 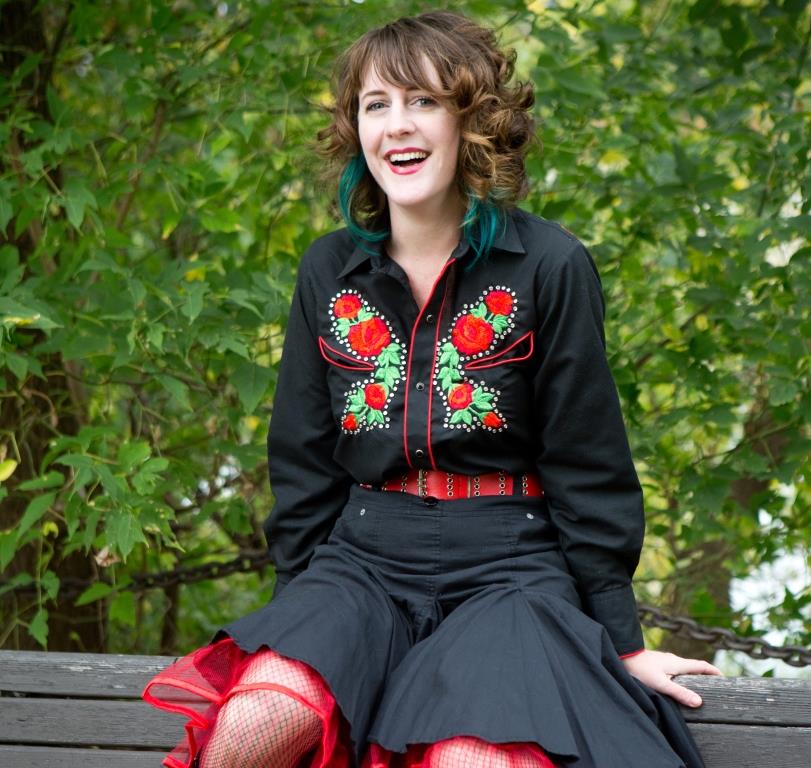