intro-diction.In describing the Black Arts Movement in her essay “Black Post-Blackness: The Black Arts Movement and 21st Century Aesthetics”, scholar Margo Natalie Crawford describes a pliable blackness: a blackness which can be shaped and unshaped. Crawford states, “Black post-blackness is the circular inseparability of the lived experience of blackness and the translation of that lived experience into the world-opening possibilities of art.” (2) The world-opening possibility brings with it the art of the everyday, and the creation of this.

This is to black post-blackness as now is to the almost here. This is an anticipatory measure, meant to interrogate our 21st century time. Crawford assumes that there is a circular inseparability of the lived experience and the act of its “translation” into art. I wonder if there are other elements ordained to this circular inseparability? That Black post-blackness is more than a dyadic system of oscillation between the one and an other?

I want to invite you to this: a new black thing which is this. This thing which is to be celebrated, and a story that must begin here and a story that has been on the run until now. This is something that causes, urges, or otherwise invites a reply from…a talking back to…this call to that response. Somehow conversely I want to think of a this as a Blackness that can be a welcoming in the late becoming of the 21st century.

This: (Pronoun) “Used to identify a specific person or thing close at hand or being indicated or experienced.”

This is not a turn, but an honoring. If there is anything that can be new about a 21st century blackness that is both particular to 2018—and our precarious moment in the governmental bind of democracy and freedom of speech—it is perhaps a sincere commitment to a history that includes, but extends beyond, our known, black middle-passage blues.1 By this I mean acknowledging the plurality of blackness that (can) include the more recently migrated—rather than kidnapped and relocated—communities who (may) understand their black situation in the diaspora as one which confronts mine, or any other historically black situation of the Midwest.

This—to which we are all invited—is an acknowledgement of what a more expansive loss might look like other than our (kn)own middle passage blues. This is a summary as much as creed, a clause as well as a dictum. This lives beyond the written word, the taken photo, or the capture of social music or media. This is where we need to go if we are to move forward.

This is where we might be able to think together across difference as quickly as a plural Black-post-blackness suggests. We must allow circumstance to engulf history in order for us to find our conditions mutable.2 For what is liable to change, what is pliable and soft can be tooled to our needs for a future. And we should make very sure we are careful how we survive the end of the world we are living through, here and now. We should make very sure we understand what powers of choice might be at hand.

The cosmic act of world building necessitates that we pay attention to circumstances as they tend to inform (mine, yours, and collective) motivations. If I know I want to get out, it is important that I can identify what I am attempting to get out of. If I want to keep something, let me find the rationale. If something must go, let me find a way to grieve.

This is an opportunity to acknowledge the trespasses against blackness (as other, as self); this is to acknowledge our cross-generational teachings, failings, and successes.3 The fault of memory. The trial of story. This is also to queer our understandings of failure and success.4 This is as much about a close-read Adrienne Kennedy’s Funnyhouse of a Negro5 as the love of fresh denim or a gold chain.

Circumstances of this new blackness break beyond these sizes, locations, and positions in historical time: middle passage, colonization, the Fugitive Slave Law and William Wells Brown’s Clotel,6 Madonna’s “baffling” VMA tribute to Aretha Franklin,7 Aretha Franklin’s Black Ass Funeral,8 the thirteenth amendment of the constitution, Ava DuVernay’s Netflix original The Thirteenth,9 the American pattern of imperialist western expansion,10 the Kardashians’ “low grade hip hop realness” in drag on Network TV. These are all circumstances that drag forward, and are ingrained into this broad black here and now.

Danez Smith’s celebrated collection, Don’t Call Us Dead, offers an example of this. This, a black anticipation of an “everyday high/ holiday. everyday new”. To Smith, this is almost joy, or rather an observation of what can be called a moment of presence.

Smith opens the collection with washy meditations on the everyday, meditations that come as/with the resurrection of the gone-too-soon black boyhood as a universal.  When we construe the alluded resurrection of a black boy as a stand-in for black life, we are using story in order apprehend the here and now. This.

Now. To call us, the ethereal/fictive/constructed/scientific/fugitive/passing/universal black us, alive, is to summon a black salvation, without the savior.12 This is an act of god(esse)s. The eruption of salvation becomes loud, becomes via music, becomes via objects, and subject, and memory, because personal history; this comes in time. Because black life.13

This is in their repetition of everyday and the brevity of the bars that recalls the fractured breath and measure of hip hop: the break. Crawford speaks to the ways that “radical cultural movements are imagined first, before they can happen.”14 And that imagination goes on to be reckoned with through a sort of generational transference, or maybe pattern is the sharper word, which would be considered more linear, if the supposedly subsequent generations weren’t interested in the matter and material of art making. The world-opening that is begged by Smith’s conjuring of “the everyday high/ holiday and everyday new”. What I’m saying is we black folk will always go on to define art progressively. With gestures towards forwarding ourselves from this moment into that. This “that” doesn’t always mean progress as in moving away from. This “that” means another day lived.

We must be brave enough to confront the insight Shannon Gibney provides into considering circumstance. In her sophomore novel, Dream Country, a story spanning five generations of black diaspora in order to describe the political reprisal of issues concerning a holistic black-post-black identity, she writes:

“There is no closure in this story. No Circle. Only an ever-turning spiral— characters, themes, and questions folding in on themselves over and over again. Time passes, oceans are crossed; circumstances change, or they do not.”

While Gibney denies the circle, she goes on to describe a spiral. Is this a new black post-blackness look? In the Black Arts Movement it was the death of the negro and the resurrection of the Black. Smith has resurrected the slain boy child, the practical everyday.

Perhaps, here in the context of the 21st century, we are marked by the shift from the circular to the forward, driving, spiral. From the middle passage to the everyday. This can be very different, and altogether the same. This is of course reminiscent of the changing same although I dare not call it a rewrite. 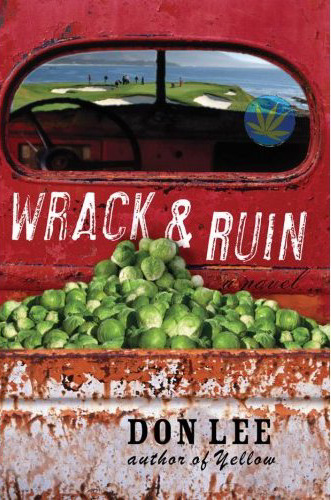