Minneapolis resident Blue Delliquanti has been all over the map — and not just geographically, though she’s lived in nearly every corner of the United States and studied visual arts in Switzerland. As a graphic novelist and comic artist, she’s already put work in a wide-spanning range of genres: newsworthy nonfiction, illustrating the unlikely Senate run of Alvin Greene in David Axe and Corey Hutchins’ The Accidental Candidate; dabbling in both horror and erotica by contributing to the enthusiastically received anthologies The Sleep of Reason and Smut Peddler; and simultaneously delving into both relationship comics and science fiction with the transhuman romance webcomic  O Human Star. With that latter project earning a growing following, complete with  a recent Kickstarter campaign to get its first three chapters into a softcover edition, a look into Delliquanti’s background and working process is in order. The following is from an email exchange with the artist.

What led you to illustration, and how did you develop that interest into a way to tell stories?

When I was a kid, I originally wanted to be an animator. Even after my interest shifted towards working in comics, I still see a lot of influence, in how I pace my stories and draw simply and efficiently, that came from the cartoons I watched. Chuck Jones’ shorts from the ’50s and ’60s, Genndy Tartakovsky cartoons like Dexter’s Laboratory – stuff that told stories with limited visual detail and little to no dialogue. That’s why I call myself a cartoonist rather than an illustrator – composing a single image is interesting work, but not nearly as fun as telling a story through several images and getting to play with how someone might read the story and connect to its subject.

What were some of the formative (and recent) influences that helped you develop your visual style?

A lot of me learning to draw came from cartoons, and it was a pretty even split between  Looney Tunes and anything new being broadcast in the ’90s. I got into comics just in time to be massively influenced by the Japanese manga boom in the States, but you could say that about pretty much any cartoonist my age. I was drawn to artists whose style is superficially simple but demonstrates incredible skill and understanding of composition – I can think of  Doug Wright and Alex Toth, who do these quick, fluid lines that bring figures to life, or Hellboy’s Mike Mignola, who can suggest an entire gothic castle on a page that’s 60-percent black.

A lot of my formative influences led my art to look quite simple and clean, but lately I’ve been enjoying artists whose colors are richer and who draw really flowery lines. I’m thinking of Faith Erin Hicks and Tiffany Ford and Carla Speed McNeil — a lot of artists closer to my age, and a lot more women. In other words, a lot of artists who grew up watching  Sailor Moon, too.

What storytelling aspects unique to comics do you most enjoy exploring?

Pacing. Unlike film, for example, a person reading comics can take as much time as they want to absorb what’s in front of them. The reader is in control. But a skilled cartoonist can compose a page to control how quickly a reader’s eye goes across the image, where they slow down and speed up. Chris Ware does these quiet stories full of empty buildings that you want to linger on and examine closely. Hiromu Arakawa can choreograph a tense and exciting fight that makes you want to flip the pages. Kate Beaton and KC Green are masters of comedic pacing, and that makes them the funniest cartoonists on the internet right now. It’s great to see how other comics artists manipulate that sense of passing time using space.

What’s your method for creating illustrations and comics (pen and ink, digital, mixed media, etc.)? How has that evolved over time?

For my current project, O Human Star, I use a tablet and create the pages directly in Photoshop to get the crisp lines I’m looking for. For projects not set in a pristine futuristic city, I like using ink and nib pens on Bristol board, with occasional brush use. I started out with brushes and fixed-width pens, and I like the slight messiness and unexpectedness of working with traditional media. It also keeps me from relying too much on the “draw a line and press Undo until you have it exactly right” mentality I get with working all-digital sometimes. But I’ve gotten to do a lot more experimenting with color and painting using my tablet, which is nice.

You’ve lived and studied in several distinct regions of the country (and world). Is there something about the character of the Twin Cities that you find particularly interesting to work with, either as subject matter for your comics (i.e. O Human Star‘s future-Minneapolis setting) or as part of the local arts community?

I have been very fortunate to visit more countries than I have fingers, and I’ve also lived and traveled to many places in the States. But I eventually moved to Minneapolis because it had everything I was looking for: a city that is large but not claustrophobic, an arts community that celebrates textiles, book arts and cat videos as much as it does the usual suspects, a picturesque riverfront with honest-to-goodness ruins, and a general enthusiasm about being a city that is multicultural, bike-friendly, and very, very gay. Minneapolis is already adapting to the cultural shifts that are taking place, and that makes it a very comfortable fit for a story with an optimistic 21st-century setting.

How do you approach your work differently, how you tell your own stories, versus working on other writers’ stories and nonfiction?

With my journalism comics I’ve been lucky enough to work with writers who provide me with reference material. Since these writers are war correspondents, that material usually contains details about what kind of helicopter, or what model of gun I have to draw. But a lot of times, I have to conduct my own research and make sure that I am depicting a certain culture or time period accurately, especially if we don’t see a lot of stories told from these individuals’ points of view. Research is my biggest effort to be a responsible storyteller and keep from parroting the same cultural biases over and over again. For example, I’ve studied how Muslim women wear the hijab in different countries, and how people with prosthetic arms hold wine glasses, and how wrestlers flip over their opponents. I wanted to make sure these characters behaved like people instead of caricatures.

What are the easiest and hardest parts of creating unique character designs?

The really fun part of character design is creating an ensemble cast that consists of people of all different shapes and sizes and postures. Making them interact is really entertaining to draw. The trick is to constantly question whether the character you’ve designed is a stereotype. Or, another helpful question: “Does this character have to be a white, straight, cisgender man?” There is no fear in creating a character who’s from a country or culture or walk of life outside of your experience if you just do your research!

You’ve worked in a lot of different fiction modes — sci-fi, horror, erotica, various character-driven work, etc. What ties these styles together for you and creates a throughline for your work?

Character-driven stories come easily for me, and I enjoy figuring out how different characters would behave in vastly different situations. One of my favorite artists is someone I learned about during my Japanese comics phase: Osamu Tezuka, the “godfather of manga.” He dabbled in every single genre imaginable, from mature medical drama to children’s sci-fi, and invented at least a few genres besides. He also often inserted characters from his earlier works into completely different genres to see how the characters evolved. Even 50 years later, those character-driven stories are exciting, bizarre, and charming. They inspired me to keep telling different stories and to pay attention to the world around me. They’re a study in humanity.

See more work by Blue Delliquanti on her website, vwww.bluedeliquanti.com, and read her webcomic, O Human Star, at ohumanstar.com.

Nate Patrin is a lifelong Twin Cities resident currently residing in St. Paul’s Uppertown neighborhood. He has written about arts and culture, particularly music, for over 15 years, and also counts graphic novels, film, and visual design among his many aesthetic interests. His work currently appears in Pitchfork, Wondering Sound, Greenroom Magazine and elsewhere. 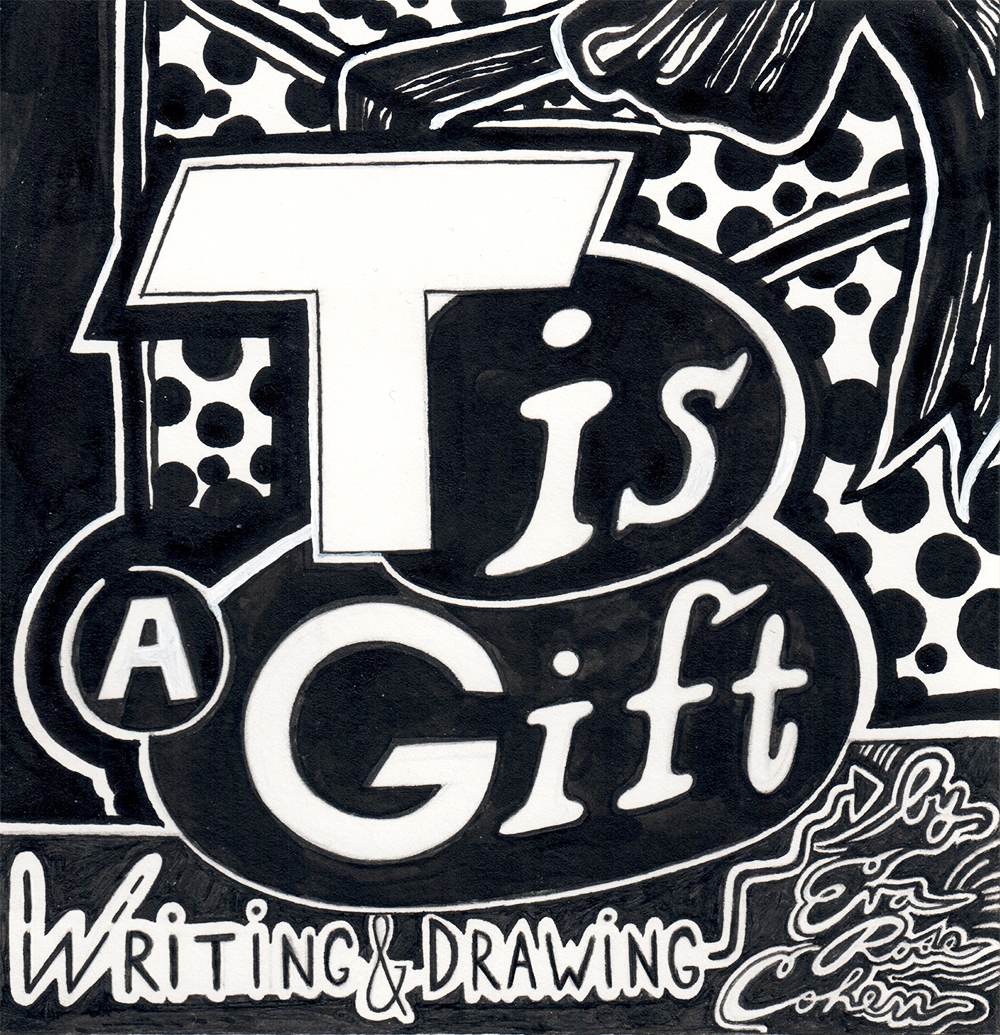