NIC LINCOLN SITS IN A WHEELCHAIR, wearing a rhinestone-edged hospital gown over studded white bikini underwear. Next to him is an oxygen tank, its tube lit up like Christmas. On his feet, Lincoln wears platform mules turned into boots by the addition of knee-high casts covered in signatures, kisses and well-wishes. Kohl coats Lincoln’s upper eyelids; under, a row of rhinestones reflects light into his angled, somehow Roman eyes. Lincoln himself is tan, fit, symmetrical, with close-cropped hair. To put this another way: Lincoln presents a lot of surface. But as soon as I say that, I’m afraid you automatically prepare for one of two scenarios: Either I’m going to critique Lincoln for being all surface, or I’m going to show you what’s under the surface—some inner reality which must be different from and superior to this glam, gay exterior. But I want to do neither.

The occasion: Lincoln’s preparing for his show of solos by five female choreographers (Judith Howard, Megan Mayer, Penelope Freeh, Kristin Van Loon, and Wynn Fricke), Yes! Nic Lincoln Dances Solo, which runs May 16-19 at the Tek Box. He wanted to do a little video interview to have some content to plug in between his solos; I’ve been wanting to interview him for years. So here I am.

What I’ve wanted to ask: how did your dancing change so much? Or did it? Lincoln started at James Sewell Ballet in 2005. I got an impression of facility and drama, struggle, without feeling connected. I like a struggle, but there’s such a thing as a struggling style, difficulty without content. I didn’t get the sense I was missing anything. Cut to 2011: I’m seeing Judith Howard’s solo for Lincoln, Dressage, at the Fringe (one year after its premiere), and he’s a different animal—literally: a man-pony, an emergent creature, a foal. Like a foal, he’s playful, curious, open: no angst, no display. That year he receives a McKnight Fellowship and the City Pages anoints him Best Dancer. And yet. His transformation trumpets the exact opposite of the conventional wisdom about transformations: Lincoln didn’t take off his surface to show us something new.

When I ask Lincoln what changed, he tells me injury was the catalyst. He’s had six surgeries in three operations from November 2009 to May 2012, all bone-related, chips and spurs, ankles and feet, both legs—thus the wheelchair and medical garb. Longtime ballet dancers often pick up stress-related bone trauma, but so much, with so many surgeries one after another — that’s tough. “I was devastated,” Lincoln says. Before the first operation, he’d already begun working with Megan Mayer. Why Mayer? Because “I’d never seen anything” like her work. I can imagine: Mayer’s thinky sincerity, her thrift-store dress-up, wouldn’t seem to have much in common with Lincoln’s high-gloss shine and silky dancing. But Lincoln was exploring. He’d also asked Judith Howard to work with him by then, though nothing had yet come of it …

Actually, let’s junk this chronology. Lincoln himself had a hard time resurrecting it. Suffice it to say that two things were happening in those years: he was going through dancer hell, and he was reaching out for new work. But that alone doesn’t make sense. Some third, invisible thing must have been running alongside—a spring or a reaction, a source of strength.

About his medical trauma: “It’s a beautiful curse,” he says. “It’s invited me to find new ways to dance and new body parts to dance with.” Where did the solo show come from? “It happened in bed. I spent months of my life in bed—dancing in bed, dreaming in bed.” The injuries brought him so low that “I couldn’t plié and I couldn’t relevé and I couldn’t piqué” (basically, all the ways of moving in ballet), so that he had to think about “what it means to dance, what people see.” When he found that, even in such a state, he could still somehow dance, he thought, “Gosh, people must be attracted to my mind.”

“Was that a surprising thought?” I asked. He darts his gaze around. “I suppose it must have been.”

I have pages of great notes (why is the show called Yes? “It’s my favorite word. It used to be fuck and now it’s yes”) and yet I feel I didn’t sound him at all. Lincoln’s exactly who he appeared to be from across the room, but there’s so much more detail up close.

A confession: I’ve wanted to interview Lincoln for a long time, but I’ve been afraid to. Because of his intensity, his drama, I was worried I’d have a hard time establishing a rapport with him. This turns out to be sort of true. Usually, if I have to pause to scribble down an answer, it’s fine, even good; my usual sort of subject will go on to fill the space. But with Lincoln I find myself compelled to lob another question while I’m writing down the answer to the last one. He’s so energetic—vibrating, though he claims to be exhausted—that I have to crank up my game to keep up with him. And yet I find it rewarding—maybe bracing is the word—to talk to him. As soon as the interview’s over I start thinking about going back for seconds. Why? He’s honest and he’s various; he’s capable of conducting a very quick self-study and coming back with an answer to a question he wasn’t expecting. How do I get this across? I have pages of great notes (why is the show called Yes? “It’s my favorite word. It used to be fuck and now it’s yes”) and yet I feel I didn’t sound him at all. He’s exactly who he appeared to be from across the room, but there’s so much more detail up close.

I call his friend and JSB compatriot, Eve Schulte, and stutter out my confusion. She knows what I mean. He’s high-energy, he’s extroverted, yet (but why yet?) he’s introspective. “He wants integrity in everything he does,” she says. “He’s constantly questioning himself, he’s constantly trying to reveal something about himself”—a process he shares with those around him. Though she knows him well, even Schulte has mistaken his limits before: “I was blown away when I saw Penny [Freeh]’s solo” for him, she says. That quiet, that nostalgia—somehow she thought it wasn’t in his range.

If no one else could perceive it, how did Lincoln know he could dance like this, open up like this? He’s not really sure. He says, “No one else was going to declare me a soloist, so I had to,” but when I ask him where that gumption came from, he doesn’t know. He can offer more concrete details about the dancing. For example, how do you keep offering new material for choreographers (seven and counting) to make solos out of? Deliberately: “I wanted to give everybody a different palette to source movement from.” Besides, “I’ve had a really beautifully odd life,” growing up in Michigan, doing drag in Chicago and ballet in Germany and Spain. How do you perform a solo—how do you, alone, hold the audience’s attention? By integrity of movement and intention: at some point, he says, the exact shapes the choreographer gives fall away into their origins. “The step is everything and the step is nothing.” Also, as he first discovered performing Dressage, by “being able to be small and making people come in”—not projecting but unfolding, not acting or changing but being.

Talking about the roots of his dance transformation, Lincoln says that in earlier years, “I felt like I was being typecast in the dance community.” He’s exactly right. A friend used to complain that she saw Lincoln’s sexuality every time she saw him dance. Subtext: his sexuality (over-the-top gay) is incompatible with real revelation or deeper humanity. Or, at least, his gayness must be set aside to reach for this.

Put that way, it sounds absurd. And yet I’d say it’s still a common belief, unspoken and unchallenged, that if we have a common humanity, identities beyond the default must be merely surface. This is in fact key to Lincoln’s artistry: He points out how this is a lie.

What’s after the show for Lincoln? He says he’s going to Michigan with his family, “and we’re going to the woods.” He’s upfront about the effort and risk of this performance, how he doesn’t know where he’ll be after it. “I’m learning about emotional stamina. When it comes down to it, it’s going to be a thing.”

At the same time, he’s supported by friends, by the choreographers, to whom he is immensely grateful, and by a sense of community. He’s donating 20% of the ticket sales to Outfront Minnesota (which is especially generous when you consider that most independent dance performances break even or lose money). “Even though I’m alone” on stage, he says, “I don’t feel like I’m alone.” After that, who knows? Solos by male choreographers? Group work? Duets? His own choreography? He’s full of impulses. Whatever it is, “it’s evolving. I hope it’s evolving.”

It’s my birthday the day of our interview, and Lincoln has gotten me a cupcake bouffant with frosting, with swags and petals of sky blue, powder blue, and blue-purple, dotted with little sugar pearls. It is a very sweet cupcake, a very sweet gesture towards a person he barely knows. “You assume something about him,” Schulte says, and of course you do, because he’s the guy in hot pants and a spangled ARMY t-shirt, he fits a stereotype of someone we’ve been told we know as much about as we need to. But—and. . . I’m starting to think that’s what’s Lincoln’s Yes means: surface and depth coexistent, glitter and history, self and range. He’s never not himself, and he is various.

Yes: Nic Lincoln Dances Solo is on stage at the Tek Box in Cowles Center, Minneapolis May 16 through 19. Ticket information and more details: http://www.niclincoln.com/yes/ 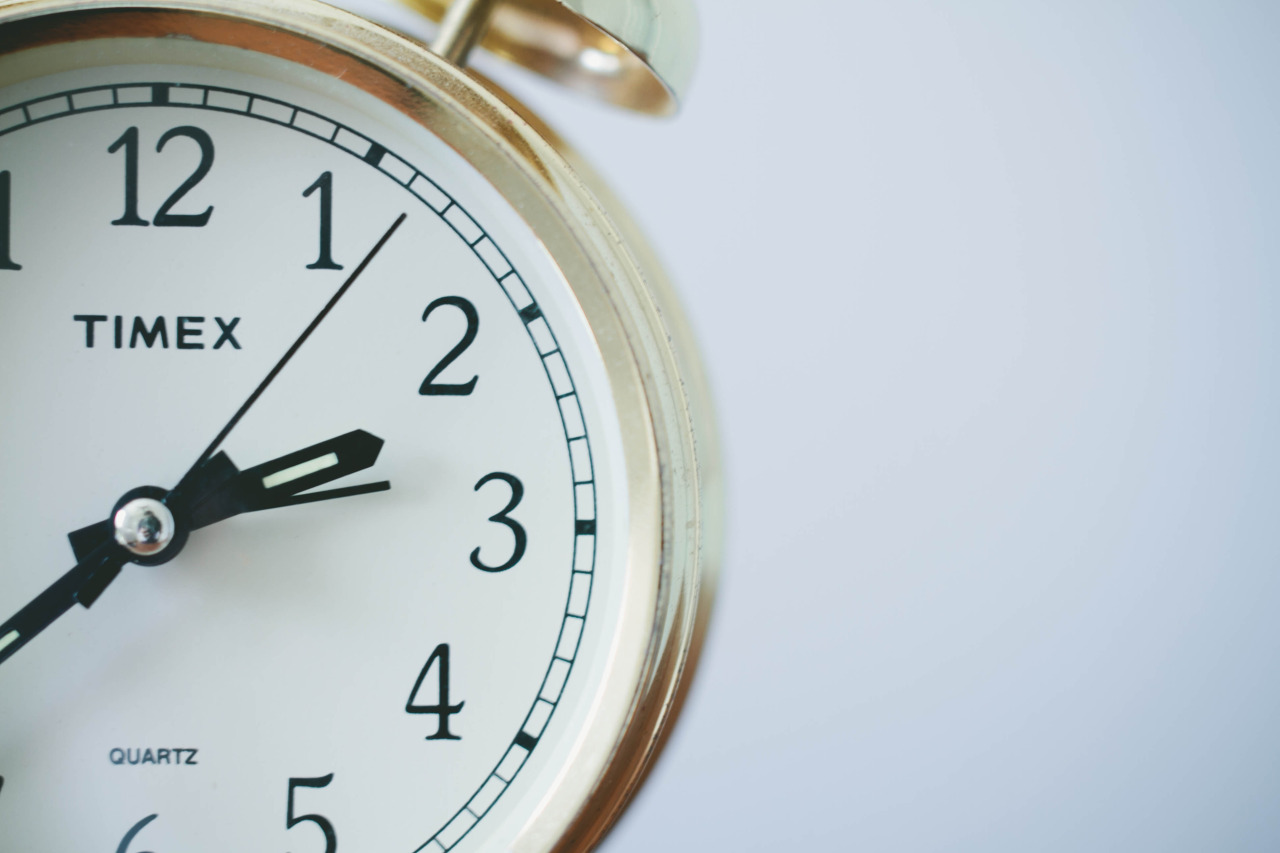