A CUTE LITTLE GIRL (CITLALITL DE LEON) IS ABANDONED in the desert, somewhere along the Arizona/Mexico border, by greedy coyotes (human traffickers who smuggle people into the U.S.). Clad in hiking shoes, jeans, and an adorable peasant shirt, the girl has a backpack filled with bottled water and canned goodsbut that only lasts so long.

Are you crazy? she shouts after the coyotes. Im just a little girl.

These are the grave, early scenes of Border Crossing, the latest and most ambitious show to date from Off-Leash Area, a fine local purveyor of movement theater.

In preparation for this show, Off-Leashs artistic directors, Paul Herwig and Jennifer Ilse, and Anishinaabe playwright Marcie Rendon traveled to the Arizona/Mexico border, breathing in the landscape and collecting local stories and opinions about the hot-button issue of illegal immigration. The resulting work blends human tragedy with monologues, desert imagery, and ritualistic dances.

Rendons script, which is excerpted and adapted by this production, is loaded with rich detail: in one revealing anecdote inventive migrant women stitch money into their maxi-pads, so as to prevent its theft by the coyotes. Via a series of monologues, four archetypal Americans express opinions refreshingly contrary to those you’d expect from their corresponding stereotypes. A militant border patrolman (played Pedro Fonseca, who looks dapper in his badge and well-fitted khakis) remembers feeling empathy for the dying man he once found in the desert. A snowbird (Marian Kimball Eichinger) predictably wishes the migrants would find a biodegradable alternative to all the bottled water they port; but she follows that sentiment with a recollection of the time she spotted a migrant family with a babyshe has a soft spot for babiesand decided to give them a lift. Ive heard that this desert is littered with the bones of babies, she says with no small amount of horror in her eyes.

A park ranger (Adri Mehra) at Cabeza Prieta Wilderness similarly describes the desert as a sea of sorrow. A viewer doesnt doubt this character is based on the real deal: his stated opinions are practical and yet so unexpected as to feel convincingly real. This character reveals that border patrollers have caused more harm to the parks ecosystem than the migrants; visitors are advised to avoid well traveled but unofficial trails, so as to stay off the patrolmens warpath.

Clearly, the shows creators took pains to avoid making sweeping generalizations. Still, the show is, at times, weighed down by a belabored earnestness. The worst offenders are a gaggle of Desert Spirits (played by Paulino Brener, Paul Herwig, Taous Khazem, Katie Kaufmann, Kym Longhi, and David P. Schneider) who lunge about the set sprinkling prose made cryptic with incomplete sentences and screwy syntax: Ancient migratory journeys now interrupted, intones one spirit, referring to the deer no longer free to pass back and forth across the border because of the U.S./Mexico boundary wall that now separates the herd.

But the theater-makers keep an eye out for another border; that spot where a finely textured, impassioned political statement becomes heavy-handed and indulgent. For the better part of the show, theyre tackling difficult themes with honesty and admirable restraint.

Paul Herwigs set design incorporates hot desert hues and the castoffs from the migrant’s journey: clothing, plastic grocery-store bags, and, more than anything, emptied water bottlesheaps upon heaps of bone-dry water bottles suggestive of the migrants life-threatening thirst. In one poignant scene, the spirits seize upon these bottles and, gently blowing into them, create a chorus of whistling winds.

Even though director and choreographer Jennifer Ilse has something serious to say about the villainous coyotes, she nonetheless spotted an opportunity to poke fun at them. In character as one of these people smugglers, she’s decked out in a coyote mask, black jeans and a denim jacketall of which are hand-striped with bright, Mayan colors. She thumps onto the set with exaggerated gestures of self-importance, pounding her feet to make imposing rhythms, all the while giving bum advice or stealing the migrants meager possessions.

But the coyote‘s charges are, by far, the shows most vital, compelling element. A foursome of migrantsplayed by the dancers Dana Buchwald, Erin Drummond, Zeb Henderson Shreve, and John Zeilermove through the desert in relative silence with sharp, careful movements. Theirs is an elemental, primal performance, providing the perfect counterpoint to the talky Americans. While the White folks have the luxury of moralizing, these thirsty migrants heave and gasp their way through the desert for the sake of opportunity, foraging through piles of discarded water bottles, hoping for even a drop. Thirst. Parched. Thirst, they rasp. Then, their twitching bodies go slack.

About the writer: Christy DeSmith is a former editor at The Rake. She is also a freelance theater critic and was recently named an affiliated writer for 2007-08 by the Theatre Communications Group and American Theatre magazine.

What: Off-Leash Area Presents Border Crossing
Where: The Ritz Theater, Minneapolis, MN
When: Performances run through May 4 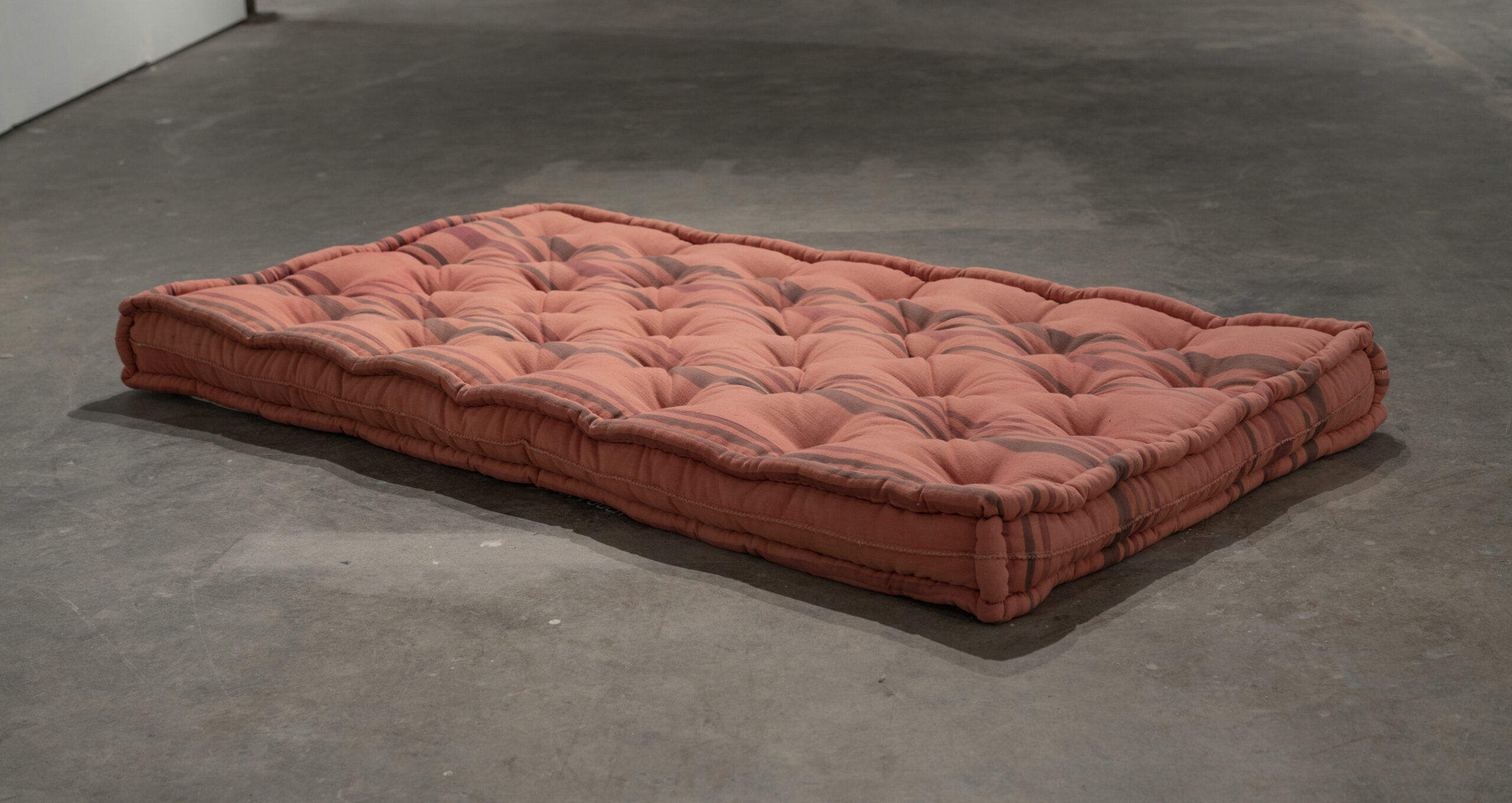