At the time of finishing this writing, I broke into a long period of wailing, outside on a porch, near a lake that used to have a name of a slavery apologist, in Minneapolis where we first met. I had just read your writing,1 you and your mother on strange lands, and your father’s absence, and our dots intersected amidst these nonlinear times. It was about to storm, the wind was heavy with sorrow. I hope it rains for a long while, to hold memorials with all the hungry and shameless ghosts.

In the essay “Speechless Shame and Shameless Speech,”2 Lewis Hyde writes that, “children who live in two worlds are vulnerable to several shames, several sets of eyes watching them.” I wonder how this has applied to us.

“Ashamed” in Hanzi is “羞愧.” “羞” can mean both “a delicious lamb offering,” and also “ashamed.” “愧,” by looking at its components, “忄” evolves from “心,” which means the heart,  “忄” is like a standing heart. The characters that are accompanied with it usually describe interior thoughts. “鬼” is “ghost,” “shadow,” “spirit,” “demon” or “devil.”  In the phrase “鬼子,” it is used as a pejorative slur for “Japanese imperialism or Western power,” which evolves postwar to carry xenophobic connotations as “foreigners.”  “愧” relates to the meaning of “shame,” and literally looks like “shadows casting on the heart” to me. Shadows are cast by light. That means to examine shame, one ought to examine the light source and what’s in the way of light.

Chris, what do you think is in the way of our light and our right to opacity?3 Is speaking from a place of shamelessness an attempt to queering our identities and escape from the coherent archives? Aren’t we borrowing tools from psychopaths?4

“Lack” in Hanzi is “匮乏.” “匮” looks like “贵” in a half-enclosed container: “匚.” So the “lack” is not about being short of something. The container is not empty; it has something valuable and expensive in it, which is what “贵” refers to. This alters the light source of “lack” for me. In this sense, the feeling of “lack” is about the inability to protect the valuable thing you already have, and less about not owning that valuable thing to begin with. It’s about boundaries and what enables healthy sharing. The word “贫,” which refers to “poverty,” stems from the notion that lacking in oneself is not the worst sin, but the inability to share with others is true poverty. Both “lack” and “poverty” involve the quality of sharing. What can be too much to share?

Our friend X got her period today, but it was already delayed due to contracting COVID. She was in much pain, and told me her Wechat feed blew up with horrendous news that could swallow one up entirely. She said that they are testing people’s submissiveness and bottom line every day.

All of a sudden, my ears rang the first line of the Chinese national anthem: “Get up, people who won’t submit to slavery.”

A cell phone footage went viral online, and made its way to The Daily Show in liberal American media. But Trevor Noah’s team still missed the most key translations that only diasporic ears can detect. They only mentioned that the drone played recordings to stop people from opening their windows and chanting. But Mandarin-speaking friends around me were surprised by the poeticism in this one sentence: “Supress your soul’s longing for freedom.” So the government admits that souls and freedom both exist, and they will sacrifice them readily.

My friend P passed me some research5 that talks about the cultural tension between simplified Chinese and traditional Chinese characters in the regions of Taiwan, Hong Kong, Singapore, Malaysia, and Mainland China. In simplified Chinese, the character for love (爱) is missing the heart (心) inside it, and replaced by friendship (友). Both groups mock each other for “lacking something.” Morals, history, sophistication, accessibility—language evolution becomes a way to trace the historical turns of political and cultural shifts. The censored words can be made missing like ordinary lives, but they can shapeshift, change sounds, and try on new formations and new translations. The phrase “掩耳盗铃” is substituted by “掩耳到零” during the enforcement of “zero-COVID strategy.” The original phrase is a story about a thief covering up his own ears while stealing a bell, thinking no one would hear him if he himself can’t hear the bell. The evolved phrase is used to call out the entire corrupted political system that executes orders aggressively to clear COVID cases.

A party associate and commentator from the Global Times whose name sounds like “To Purify Restlessly,”6 spilling nationalistic and patronizing perspectives, used phrases like “desensitize reactionary collisions in the process of execution” and “protect a dynamic stability and balance” to support censorship and erasing citizen-generated documentations. The man with the name that sounds like “To Purify Restlessly” got his share of being canceled7 by the machine: his censorship privileges didn’t shield him for too long after he cautioned Beijing to steer away from the costly “zero-COVID strategy.”

I found a blog user’s comments amusing on the writing of “To Purify Restlessly”. It reads: “He’s talking about the West again. Once something local happens, he looks towards La La Land as if he’s from there and knows all about it. Some people talk about the West, but they have never been there; some people talk about China, but they have no lived experiences there. Unnatural deaths become normalized by these people. Intellectuals ought to have some ambitions to serve as medicine for society, but some people are loyal for their entire life to serve as over-the-counter scammers.”

“I have spent much of my life turning away from the scripts given to me, in China and in America,”8 Yiyun Li writes in Dear Friend, “my refusal to be defined by the will of others is my one and only political statement.” Dear Chris, I find some refuge in her statement because we also suffer from non-consensual close-readings of our humanities. In the box of human identities such as, immigrant, Chinese in diaspora, East Asian, some also assume I am Asian American. It requires a second look to tell apart Chinese pro-Trump supporters from Chinese Americans who fled China from political backlash, from Chinese ultranationalists who hold foreign passports, and even from Maoists who mark themselves by the position of powerlessness.9 Technically, we are all a part of the Chinese Diaspora.10

In Nanfu Wang’s 2021 documentary In the Same Breath (streaming on HBO Max), she takes a personal journey to investigate the mishandling of the pandemic, both in China and in the United States. Departing from the cliche polarizing comparisons of the East vs. the West, censorship vs. freedom of speech, political prosecution vs. human rights, she underlined similar gimmicks that the two governments used to produce propaganda in order to assert their stories of triumph as the national narrative. For China, the story is about the smallest number of positive cases. For the U.S., the story is about the largest percentage of a vaccinated population nationally. Both stories are not about the citizens of these nation-states. They are about supremacy, international influence, and the melodramatic hero’s journey.

My housemates jumped on a video call with some friends from Shanghai amidst the lockdown. They are a couple. They talked about a discussion channel on immigrating to the U.S. Because of my mother’s bold decision to leave China in the 90s 11 and immigrating to the U.S. after almost leaving it entirely, I hadn’t needed to worry about visas. I am not very familiar with the different types of visas that shape many of my friends’ daily life choices and career moves. The couple wanted to research immigration policies in different countries to prepare for a plan B. I restrained my desire to share more complexities. Regardless of the reasons that cause one to consider immigration, migration is an act of agency, like how my mother needed to uproot in order to have her own life. Facing Asian hate in America is yet inconceivable to her. Settling on stolen land is not a part of her consciousness. She never foresaw that the requirement of participating in the American dream is to whitewash her cultural preferences, and this act of never-ending assimilation still doesn’t secure her employment because somebody felt uncomfortable listening to her accented English. It wasn’t my place to tell the couple that immigrants are also settlers.12 What is receiving them is another system’s injustice not far from their own. Our hands are full of blood. Everywhere. It’s not possible to discern another’s blood from our own. 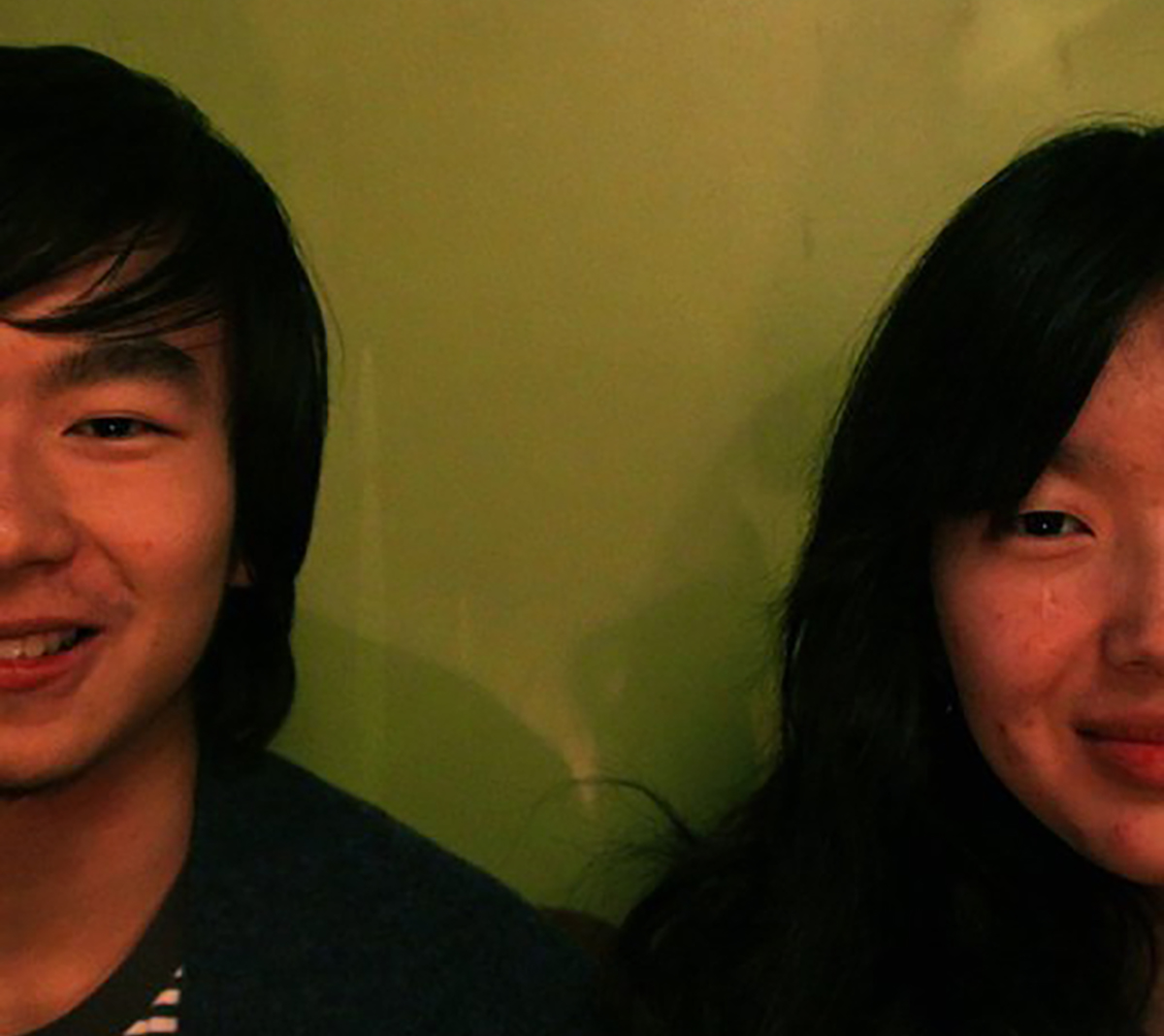