LAST WEEKEND I STOPPED BY A REHEARSAL for Chris Yon and Taryn Griggs’s The Very Unlikeliness (I’m Going to KILL You!) [again&again version], showing soon at the Bryant-Lake Bowl (June 21-30). It was Saturday morning; I got a sausage biscuit and some coffee from the bar. Griggs strapped their baby into a carrier for their babysitter, Sam Johnson of SuperGroup; Chris Schlichting dropped by with raspberry pie, and then Yon and Griggs started their run-through.

Let’s admit it: the closely coupled bear the same relation to most committed pairs as twins do to most siblings—and like twins, closely coupled people are inescapably strange. Yon and Griggs double the trouble by looking alike, particularly now that Yon’s grown out his bangs and has his own shock of chocolate-brown hair to fling and settle after each of the fast head-snaps his choreography abounds in. This twin/pair flicker gives The Very Unlikeliness a voyeuristic frisson—well, I don’t want to say gives, as if the piece wouldn’t be interesting without it. But then the piece wouldn’t be itself. The Very Unlikeliness is, as Yon and Griggs say in their press material, their “act”.

How much do I want to say about this? You can get yourself in sticky territory rapidly by thinking you’re watching their actual marriage as they dance—but it’s sticky territory that Yon and Griggs lead us right into. What to make of how Yon watches Griggs when she solos, for example—that rather dark, spoiled child stare with which he regards her from under his knitted brows? Is this the choreographer watching the dancer, the husband watching the wife, just a character watching a character? And what about the dance’s lurking shade of violence—a shade cast expressly by the title and some faux-throttlings, but also by the staccato quality of Yon’s movement? Yon told me the title mimics a soul song (with “I’m going to kill you” being the falsetto refrain); for him, it’s sweet, along the lines of “The very unlikeliness (that I’m going to kill you!) shows the depth of my love, ooh-a ooh-wa.” That doesn’t keep “kill” from being a very scary word.

You will be disturbed, amused, confused. You will suffer moments of enlightenment without content; you will surprise yourself by thinking five thoughts at once.

The answer to the questions above is “of course,” or “yes,” or “all of it, naturally.” The Very Unlikeliness is at once a meditation on opposite-sex coupledom, on difference and creativity, the vulnerable inside of a marriage—and, at the same time, an entirely abstract dance. Every moment partakes of this moiré effect, and what you see might be a matter of what stories you tell yourself.

To the abstract part of it, then: Yon’s choreography is musical, even while the music is a strange soundscape that seamlessly morphs from South Seas nostalgia to tinkly pitter-patter to almost nothing. This gives the dance at times a Fred & Ginger sort of satisfaction (notice how quickly we leave abstraction?), syncopation right in unison. Repetition with a difference is Yon’s primary mode, the difference often in how the two of them relate: in canon, facing, inversion, etc. These repetitions and differences sometimes build to mini-narratives, as when Yon and Griggs stand side-by-side, performing the same gesture of hand replacing hand before their faces. Then he adds a head-turn to the gesture; they stop, and later she solos the gesture, turning her head; then she stops and still later he solos the gesture without turning his head. Much here feels like signaling, communicating, following and leading—or directing, as in all the foot-pointing tendus and matching indicative arms. Artful echoes and possible pantomime (as when Griggs runs straddle-legged as if trying to corral a toddler) reward close attention.

Also rewarding: Griggs’s dancing. It’s a measure of the complexity of the work that I only intermittently had mental space to reflect on how top-notch she is. But I’ve never seen anyone so efficient: never wrong-footed, Griggs knows exactly how much power to put into each step and stroke.

This was my third or fourth viewing of Yon and Griggs’s evolving “act,” and either I am getting drawn further into the vortex, or Yon and Griggs are, or both. You should go see it. You will be disturbed, amused, confused. You will suffer moments of enlightenment without content; you will surprise yourself by thinking five thoughts at once. Ultimately, you may be inclined to say what Cassandra Shore did when Yon and Griggs performed a bit of this dance at last year’s Sage Awards ceremony: “Thanks, Chris and Taryn, for that amazing thing!”

Chris Yon and Taryn Griggs’s The Very Unlikeliness (I’m Going to KILL You!) [again&again version] will be at the Bryant-Lake Bowl June 21-30. 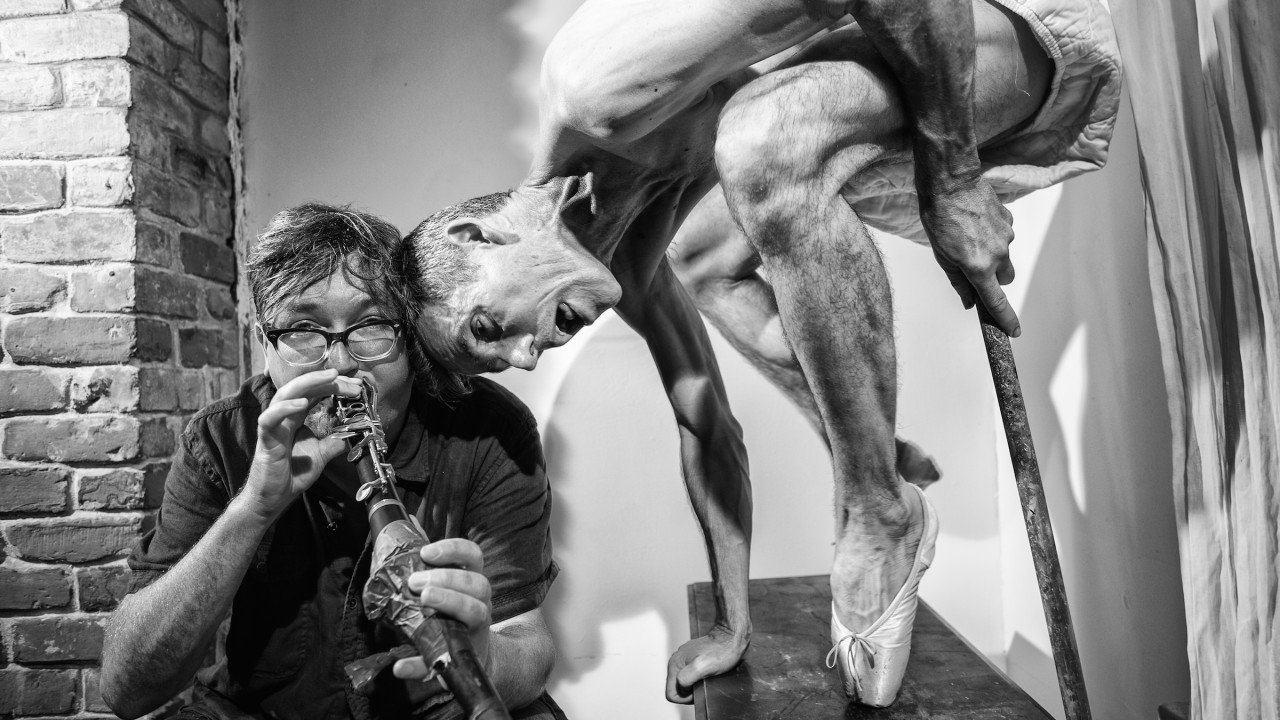