Though I stopped by Friction Fiction on its opening night a few weeks ago at the Soap Factory, I knew I’d want to come back in order to experience the featured animated films properly. An art gallery is an odd venue for watching movies any time, but especially so when there are people chatting and socializing around you. That said, while I might have preferred to watch this enticing selection of films in the comfort of a nice screening room, the quality of the work on offer is so high, a little discomfort hardly matters.

The exhibition, co-presented by Obsidian Arts and the Soap Factory and curated by Roderic Southall, offers a broad mix of films by Black artists working in animation. Centered on the urban landscape, the works grapple variously with issues of identity, survival, industrialization, alienation and friendship. Most of the films use narrative in some way, stories of individuals and of place. (One exception, Kevin Wideman’s Sound Sculpture No. 1, is an abstract exploration of shape and color and sound.)

Tim Portlock’s 11th Street City Symphony and Nina Barnett’s Inside Out take on the city as subject. Portlock’s four-minute animation illustrates the demolition of an old building in the midst of an industrial area. A bulldozer pushes away the rubble, leaving behind a statue of a man; materials then fall magically from the sky, attaching themselves to a different building behind the demolition zone — one that had been standing there the whole time — thereby making it spiffy and new. The film ends with banners cascading downwards, which read, “In loving memory of the workshop to the world” and “our deepest sorrows for your loss – the city of big shoulders.” The film is an atmospheric comment on gentrification by way of nostalgic reflection on what comes before urban “improvements.”

Barnett’s Inside Out animates the hidden stories of poor and immigrant communities in Johannesburg, as seen from the vantage point of a new building overlooking them. In marker drawings on large windows overlooking the urban scene, the animation sketches the daily lives of the people in the surrounding neighborhood — in written cues calling out a “hole in the pavement, “ and in animation of children going to school, a shopping cart rolling down the sidewalk, a truck full of Zimbabweans. The piece, like Portlock’s 11th Street City Symphony, critiques gentrification but also calls the viewer to self-awareness, urging us to see our own privilege by recognizing hardship that others face.

Caress Reeves’s Piccolina and Ng’endo Mukii’s Yellow Fever use storytelling that addresses personal struggles in the midst of a greater social context. In Piccolina, the main character literally carries the baggage of history on her back in the form of a backpack; in an ironic twist, when she tosses her pack into the abyss, without its weight she is sent spinning. In Yellow Fever, Mukii employs audio recordings from her own life to talk about internalized racism, interspersing the animated sections with live-action footage of contemporary dancers. The two films resonate more strongly than Portlock’s and Barnett’s work, perhaps because the narrative focuses on a specific person’s story, rather than a sweeping generalization about an urban problem. The first-person approach in both films is effective, allowing for more intimate, resonant storytelling.

Africanus Okokon’s Passenger is a film that requires a quiet space for viewing, time set aside to watch it from beginning to end. Mostly animated in black and white, Okokon places you in the back seat, with the lights and streets signs whirring past you. While the style is abstracted, you really do feel as if you are moving, rain washing up on the dashboard as you watch the billboards whizz by and airplanes fly off in the distance. There are just a few bursts of color in the film — in one such moment, the car stops at a stoplight, and the whole screen blurs with red. Taken as a whole, the film is transfixing, taking you on a ride at once evocative and universal — a proxy experience calling to mind any number of particular, memorable drives in your own history.

Many of the films shown as part of the Friction Fiction exhibition are available online, which might tempt you skip the trip to the gallery in favor of watching them on your laptop from home. But if you were to do that, you’d miss best of them all: a short by Martine Chartrand, a Quebec director of Haitian descent. (It’s also the only film in the show that has chairs set up so you can sit and watch it relatively comfortably.) In MacPherson, Chartrand recounts the friendship between white French-Canadian singer-songwriter Félix Leclerc and a Jamaican chemical engineer named Frank Randolph Macpherson. Leclerc wrote a famous song about his friend, who died at an early age. The film is gorgeously animated with paint on glass, shot with a 35mm camera; the images blur in a sweeping, dreamlike swirl. Water, a prominent recurring theme, washes through memories like waves. It’s a touching, immersive portrait of an interracial friendship, offset beautifully with a lovely soundtrack of French folk music.

Taken as a whole, the films in Friction Fiction offer a diverse survey: from socio-political perspectives to more personal identity pieces, and artful work like MacPherson that demonstrates the virtuosity possible in the field. The exhibition is a wonderful entry point to the work of contemporary Black animators. And while I’ve linked to a number of the videos above, please do take an hour to experience these films all at once, if only to see MacPherson and Ng’endo Mukii’s Yellow Fever in their entirety. 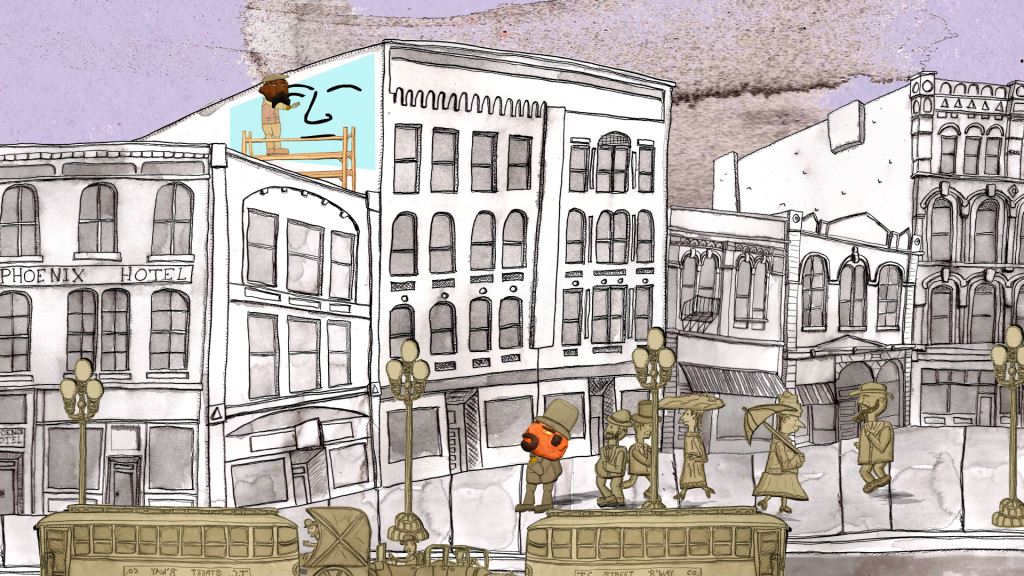 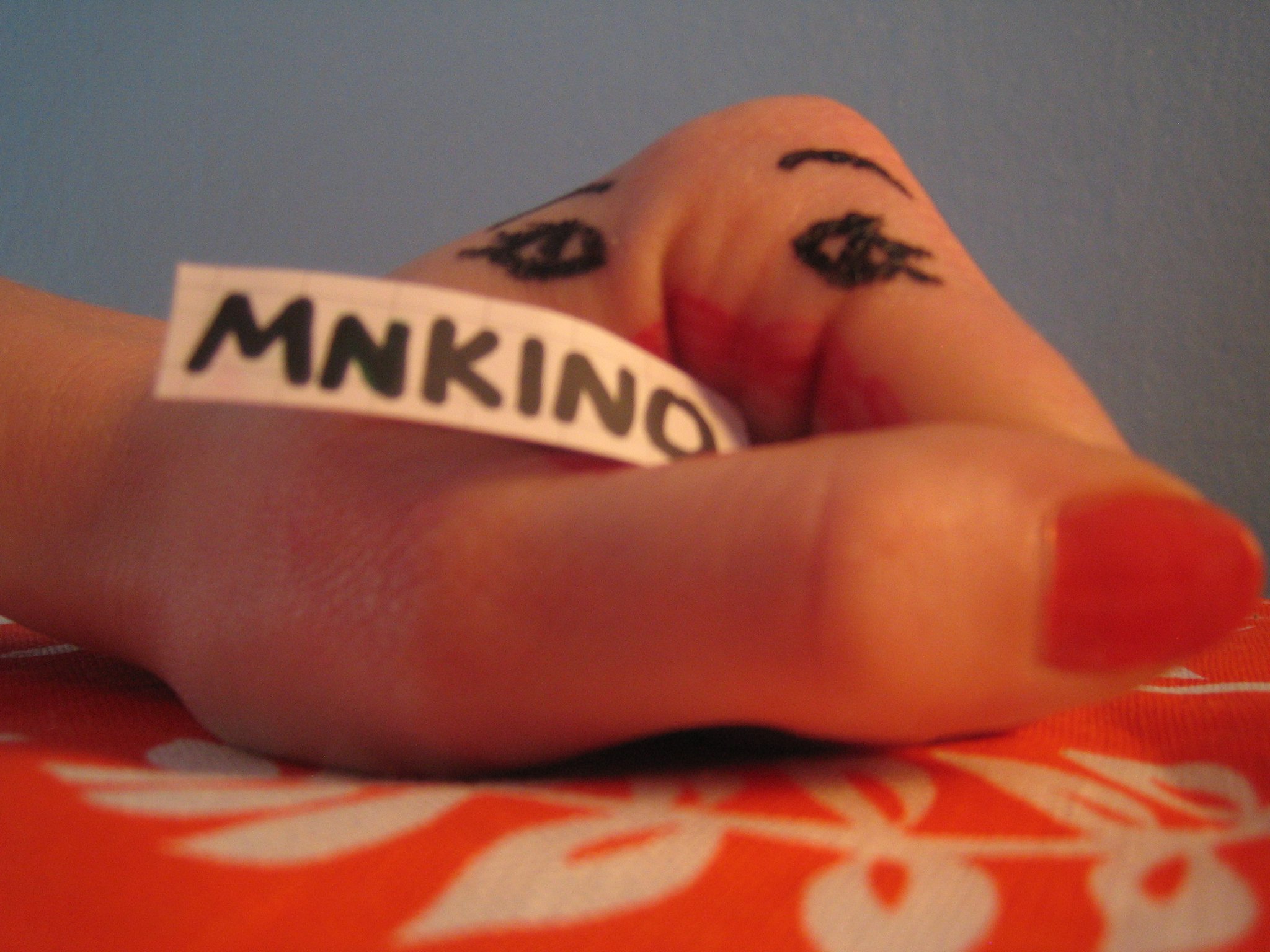 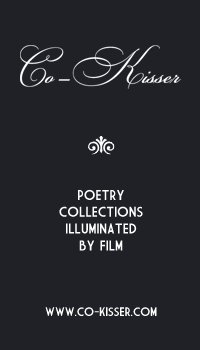 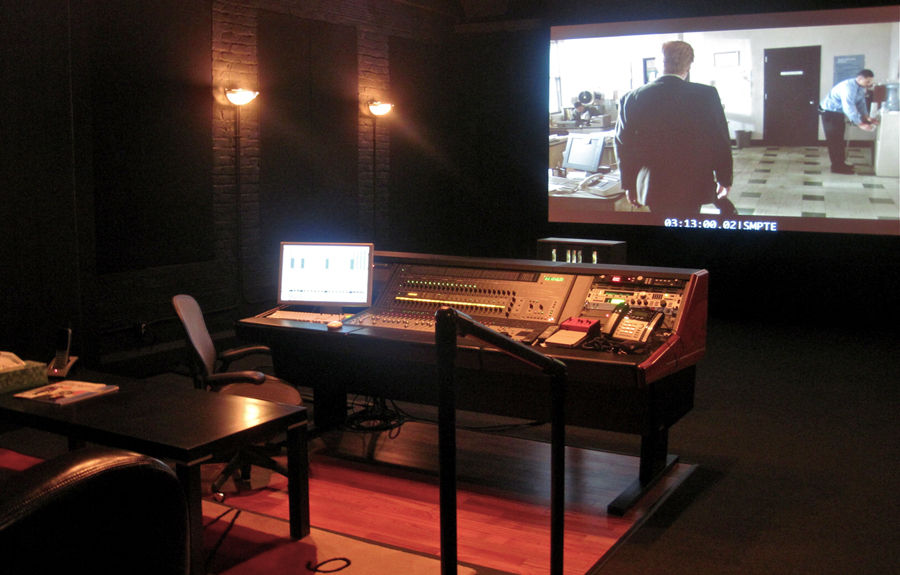