On January 16, an announcement went viral in the Twin Cities arts community: The College of Visual Arts in St. Paul would be closing June 30, 2013. In a letter sent to stakeholders and posted on the college’s website, president Ann Ledy said the 89-year-old school would close “due to the impact of the continuing economic downturn that began four years ago.”

The arts community immediately expressed shock, went into mourning, got angry, and then began questioning the reasons behind the closure; some started digging for information and speaking out. A couple of Facebook pages quickly sprang up — first a private group, “Save CVA,”and then another, more open forum, “CVA Action;” participant responses in both have ranged from condolences to posting pictures from student days, to inquiring about financial impropriety. Beth Loraine Bowman, for instance, a 2001 CVA graduate, member of the alumni board from 2002 -2004, and alumni board president from 2007-2008, posted a link to the college’s 990 form, which showed Ledy’s compensation climbed from $90,000 to $170,000 in the space of a few years and at the same time the college was reporting significant financial and enrollment shortfalls.

For Bowman and many others, though, the primary issue with the abrupt announcement had to do with the college’s lack of transparency about what they perceived were the true and sudden reasons for the closure. “CVA is a nonprofit organization,” Bowman says, “and it behooves them to be transparent and open, to communicate with their staff, faculty, students and alumni, especially about an issue as critical as this one.”

Adding insult to injury: In 2011, for the first time in its history, the college had achieved national accreditation with the National Association of Schools of Art and Design. And to recruit new students, the college had launched, in the fall of 2012, a new iPad app created by Larsen Design.

Lack of students and money were at the crux of the problem. As Ledy’s letter states:

Unfortunately, we joined the elite rank of fully accredited art schools just as world economics intervened to thwart our ability to sustain this level of success. In order to achieve long term stability and attract a talented and diverse student body, institutes of higher education rely on significant funds from endowments, which are largely funded by their alumni. According to the College Board, the median endowment for private colleges is $33,100,000, which produces an annual income per student of $1,600 at a 5% interest rate. CVA’s endowment offers less than $30 per student.

Our strategic plan has been built on leveraging our academic standing, as represented not only by NASAD accreditation, but above all by the success of our students after they graduate, and to build an endowment to support future generations of students. CVA has approximately 900 known alumni. Overall, about 2% of our alumni give to the college.

We also pursue private grants and donors, but there are a limited number of Twin City philanthropists who support the arts, in particular, art and design educational institutions. As a small, less well known college of art and design, CVA has struggled to cultivate the interest of robust donors in Minnesota.

Ledy’s letter also noted that CVA’s board of directors recently hired “an independent financial consultant” to analyze the college’s finances and decide on its viability: “The consultant’s report determined that CVA is no longer financially viable under any scenario.”

“That’s pretty much the story, right there,” says Sue Short, CVA’s new interim president. To community outcry that the letter doesn’t reveal the entire narrative behind CVA’s closure, Short adds, “There is no more story. There’s no financial impropriety. A median salary for baccalaureate president is $250,000 and Ann was almost $100,000 below that. There are no exorbitant salaries.”

She adds, “Everyone took pay cuts. We did it in a way that didn’t show up on the 990s…I did my pay cuts by charitable contributions back to the college. I gave back thousands of dollars.” To ongoing criticism, she says, “It’s frustrating but what can you do?”

Ann Ledy, for one, quit. Just prior to a meeting with alumni on January 23, Ledy submitted her resignation and Short stepped into the breech. Was Ledy forced out? “It was completely her decision,” Short says. “She felt things were moving in the direction that it was better for CVA if she stepped aside. She was a lightning rod at that point for criticism.” Ledy also told Short that by stepping down CVA’s closure could proceed more smoothly.

Nevertheless, the buzz at every art opening since the announcement continues unabated. Faculty won’t talk on the record, for fear of reprisals. Speculation abounds regarding whether a new, quickly constituted nonprofit organization—CVA Action—can raise the funds necessary to keep the school solvent.

And one has to ask: How shocking was CVA’s dire financial situation anyway? As John DuFresne, professor and chair of CVA’s graphic arts department told the Star Tribune, “I’ve been using the metaphor of physicists looking at a bumblebee and determining that it really can’t fly. The long history of the school is that it’s always had financial troubles and always been tuition-dependent and it’s always managed to survive.”

In early December, Jay Coogan, president of the Minneapolis College of Art and Design, received a phone call from Ledy about CVA’s decision to close. “It’s been tough to make the financial model for CVA work,” he says, “so I wasn’t hugely surprised they were needing to consider closing. Obviously, it’s about as drastic a measure as the school can take.”  Shortly thereafter, MCAD and CVA began working on a transfer plan for CVA students.

“MCAD has had its largest incoming class in the last six to seven years,” Coogan says. “We also have substantial endowment and reserves. We operate with a larger student body than CVA—700 students as opposed to 170. One of the challenges of a very small school [like CVA] is you have to offer the same basic services as a larger school—financial office, registrar, admissions, etc.—all of which have to be supported.”

The iPad app was a step toward attracting more students. CVA also undertook numerous fundraising efforts to bridge the money pit. “This is a difficult community in which to raise philanthropic dollars for an art and design college, and we’ve never been able to crack the nut,” Short says. “We don’t have a legacy endowment. We have a small endowment, which we get hardly any revenues from every year. Now, with economy, it’s even more difficult raising money. It’s something CVA has never been able to do successfully.”

Jamey Erickson can attest to that. The founder of the design shop SevnthSin, Erickson graduated from CVA in 2004. He taught at CVA as adjunct faculty from 2004 to 2009, and was a board member from October 2010 to September 2012. “I don’t think people didn’t try” to raise funds, he says. While on the marketing subcommittee, he was asked to help the college raise $100,000. He created a social media campaign “that tons of people loved, there were lots of visits to the site, but only about eight people donated money. It was a kick in the pants.”

The money raised came from two anonymous donors to college (“and we included it in the campaign”), faculty, Erickson himself, and “approximately $800 from alumni donations.” CVA eventually asked Erickson to take down the site, he says, “because it wasn’t generating the kind of money they needed to generate.” As a board member in 2012, he was aware early last fall that the college was “in a precarious situation. Enrollment was down. CVA had lost some students: An incentive program from another school [to entice students away from CVA] did very well, and students transferred out. Things were reported as potentially grim.”

Then he learned, just before his board term ended in September, that numbers had been crunched and CVA had enrolled fifty new students. “It looked as if the school would survive — with certain cuts — by borrowing from certain places,” Erickson recalls. “Things were seeming OK. It would be a bit of a limp, but we’d get through the year.”

So, were faculty and staff apprised of the college’s tenuous financial situation last fall? “I’ve heard yes, no-ish. There were some inklings,” Erickson says.

To cries that staff and faculty were not informed of the school’s financial situation, Short says, “It’s simply denial. This is terrible news. People don’t want to hear terrible news. When we first went over the books I thought ‘This can’t be true.’ The full-time faculty and staff involved in the financial investigation process certainly knew there were dire circumstances. And if you’re getting a pay cut every year, and people are being laid off around you—we laid off seven people last year—that certainly tells you something. I don’t know how to honestly say they didn’t see something was seriously wrong.”

To date, CVA Action has raised almost $16,000 and has been meeting with the college to increase open communication between the two entities. The new nonprofit’s mission states that: “CVA Action works to provide a bridge between community and institution: facilitating discussion, providing mediation, fundraising, and fostering healthy partnership between CVA and its community supporters. CVA Action believes that the College of Visual Arts is a viable and culturally rich institution that should not be dissolved.”

Val Frank, an artist and long-time adjunct professor at the college, and a member of CVA Action says,  “We’ve had to act really fast. If we’re going to try to turn this around we’ve got to it right now.” Sue Short, however, doubts they’ll be able to raise the funds necessary to keep the college open and viable for the future. “I think they don’t know the magnitude of what is necessary,” she says. “Don’t get me wrong. I hope they can come up with millions of dollars. But I don’t know.”

Meanwhile, students and faculty are soldiering on through the semester. Some students are submitting their transfer papers to MCAD, or looking to transfer elsewhere. And the college’s future remains uncertain. “CVA provides a nice middle ground between high art, high conceptual thinking, and trade design,” Erickson says. “The curriculum is a nice blend between those two, and the school graduates very real, grounded art and design students into the world. If CVA closes, that’s something that won’t exist anymore.”

Adds Short: “It’s understandable everyone is upset. I’m as sick about it as anyone. But people have to be angry at someone, and what people should be angry at is the mortgage crisis, the economy, the difficulty families have supporting their children when they go to college because they’ve lost their jobs. Those are the real culprits here.” 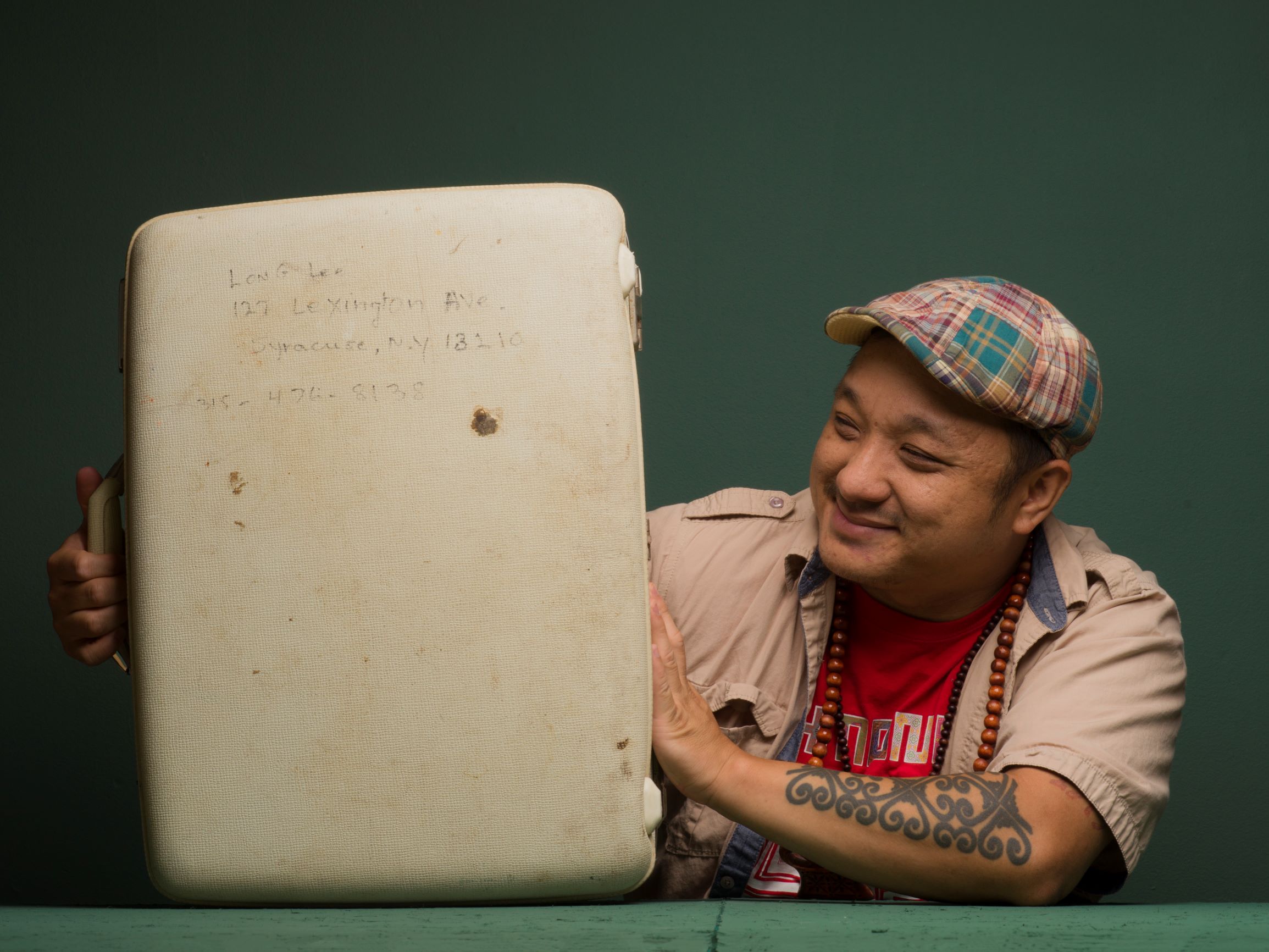 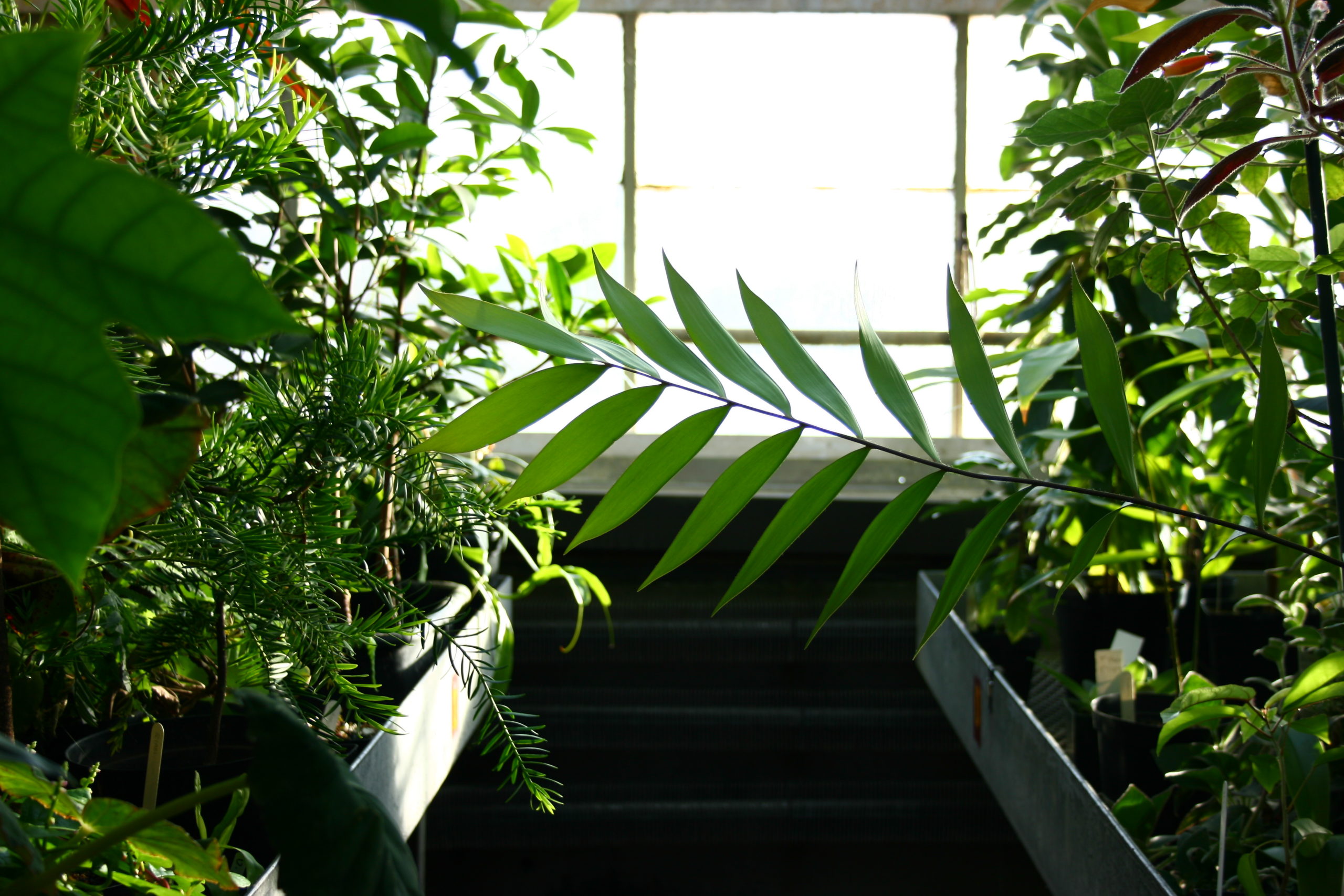 The Green Behind the Glass: Collecting and Protecting Plants from Around the World