There’s a college physics class demonstration sometimes used to illustrate the force of atmospheric pressure: the lesson of the Magdeburg Spheres. Two cup-shaped objects are put into contact with each other at their respective rims, forming a vacuum when the air inside is subsequently removed. Once the resulting sphere is evacuated of its contents, prising the pieces apart proves surprisingly difficult: the atmospheric pressure outside sustains the vacuum within. But, as “Art Inside/Outside Space XVI” (a project of Intermedia Arts and the Jerome Foundation) seeks to demonstrate, the same physical laws needn’t hold for the rarified space enclosed in our art institutions.

Instead of functioning as a sterile refuge, the gallery is here conceived as a base of operations for installation art that experiments with the everyday. While a shared first syllable might indicate a kinship between “installation” and “interiority,” it is wise to remember that that same syllable is also shared with “intervention.”

Of the five pieces on display here, Alison Gerber’s Picture Yourself takes the subtlety award. Gerber’s photographs encourage viewers to imagine themselves before a set of seemingly mundane natural sites — all of them are unremarkable woods scenes littered with winter-dead scrub, saplings, and barely-green grass — with little resemblance to the “scenic overlooks” common to nature appreciation. But as in those games where you relax your eyes so that a figure emerges out of seemingly random designs, an investment of sustained concentration causes Gerber’s photos to yield formal dividends. The shot designated as “N45º18.873’W93º56.126′” proves to be a study of horizontality that plays a plane of dark thickets against one of etiolated wild grass; the two are mediated by a scrim of tangled brush. Similarly, the solo foreground tree of “N44º50.749’W92º46.852′” is counterposed to the arc of woods at right, again complemented by the brush’s diffusing effect. Taken together, Gerber’s five photographs contest the conventional constructs ingrained in our appreciation of natural beauty, revealing in their greying trees an infinite array of ways of seeing.

The other works make their demands upon the viewer more overtly, with varying degrees of success. Jonathan Kaiser’s Punctuation invites us to hammer out a character or two on a spotlit manual typewriter in the room’s center; the clattering sound of the typewriter — along with the inscriptions made on a long, continuous sheet of paper — indicate the cumulative interventions of individuals in the stream of time. Gene Pittman’s neighboring Rainbow Karaoke is a fully-enclosed room draped in tinsel and tacky dance-floor lighting, and containing a TV/DVD setup and a microphone. Those summoning the courage to take the mic find the onscreen “bouncing ball” dementedly drifting, the scrolling lyrics tangling and disappearing. Reduced to awkward humming and standing around in anticipation of the DVD’s conclusion, one ponders the permeability of the room’s walls, outside of which legions of eavesdroppers are imagined to smirk at the warbling within.

If Pittman’s catastrophic karaoke seems a bit pessimistic, it is more than compensated for by Reflections, by Jane Powers and Francisca de Beurges Rosenthal. As earnest as it is unwieldy, Reflections involves projected transparencies upon which local grocery store patrons have been asked to scribble their answers to “deep” questions, some of which, for all their good faith, are probably unanswerable by anyone other than Krishnamurti (“Can generations heal from scarring due to untamed violence in all its forms?”). In addition to being viewable in the gallery, the answers will be projected at remote sites around town later in the month.

The challenge of moving the art outside the gallery is also taken quite literally by Kevin Loecke, whose Human Mapping Ritual is a room-sized neighborhood map laid on the floor, upon which we are encouraged — and the colored markers provided make this all the more tempting — to indicate the sites at which something of personal significance has happened to us. Over the course of the installation, the artist will take walks around the neighborhood, recording his itineraries in photographs that will be added to the chickenscratch microhistory accumulating on the gallery floor. Loecke’s project is laudable for its organic and communal sensibility, but it fails to acknowledge how, in taking the Whittier/Wedge sector of South Minneapolis as its object, it inscribes yet another limit — sustained by very real external pressures that might be described as not only geographical but also socio-economic — upon the relationship between the artistic sphere and the world outside. One visitor apparently felt moved to make Loecke’s map more self-reflexive, designating along one perimeter the imagined void of North Minneapolis. That scrawled “no man’s land” quite rightly chides us for forgetting, amid all the valuable interventions made by “Art Inside/Outside Space,” that there are yet boundaries for art to cross. 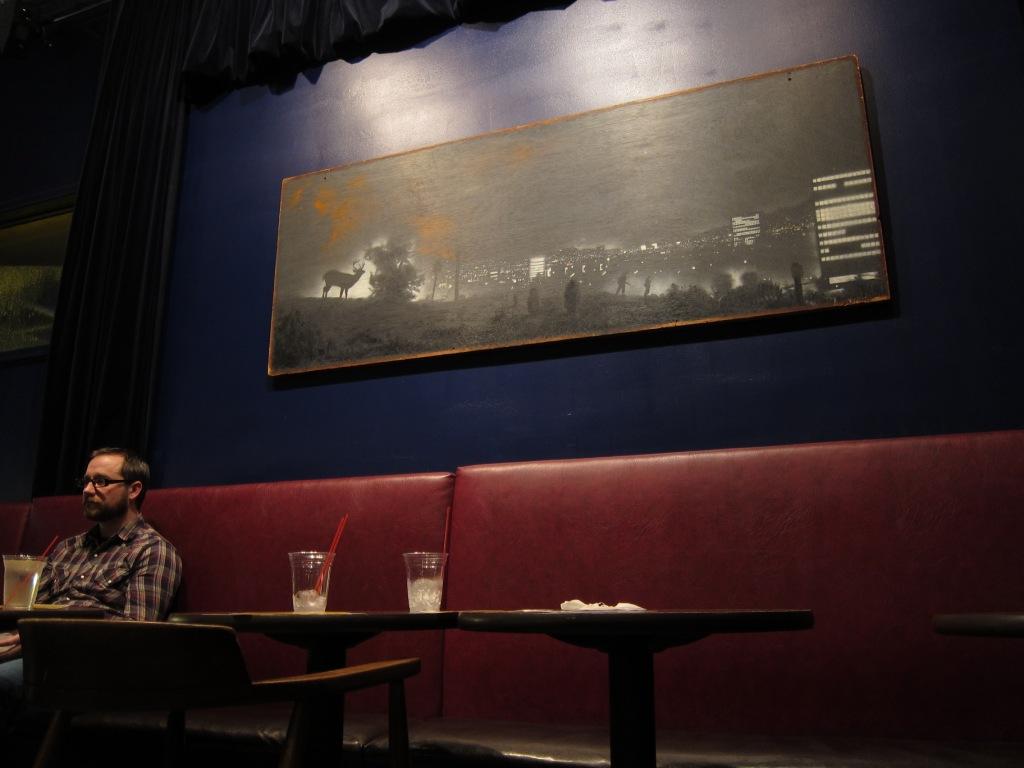 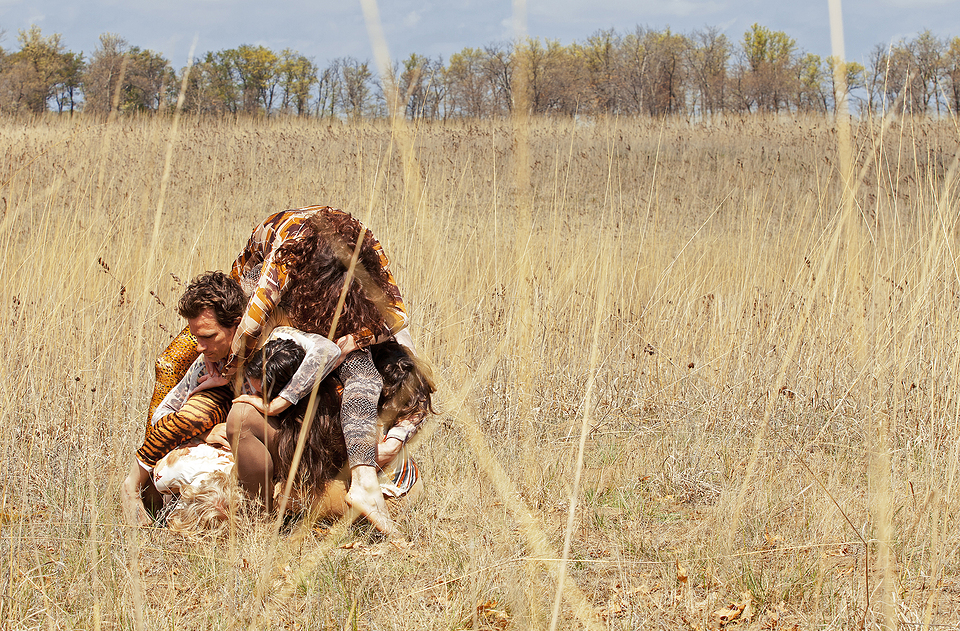 How to Choreograph Empathy 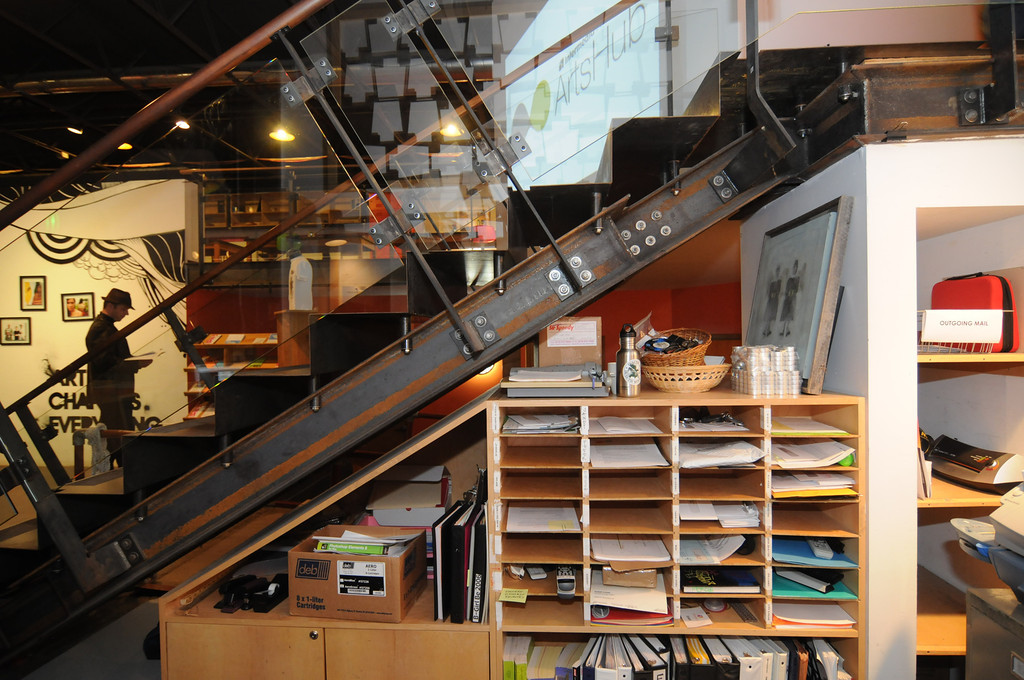 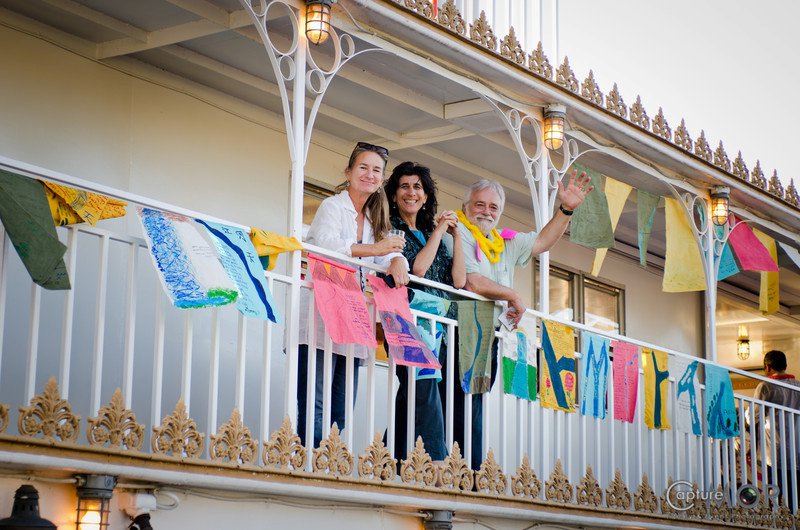