“WELL THEN, I GUESS I’M READY TO BE SODOMIZED.”

Best Weird Dog‘s Rumspringa – The Musical wasn’t on my Top 10 list this year because I thought it was going to rival Hamlet in the pantheon of theater. I was drawn to it for its goofy, inherently Fringey premise — “Amish girl falls in love with a robot.” Plus, they promised musical numbers! It seemed like lowbrow, guilty pleasure territory all the way. And in many ways, this production delivered on that promise, but in some key ways, it did not.

The strengths of Rumspringa – The Musical are obvious from the outset. The songs — music by Paul Jenni, lyrics by Jake Scott and Andrew Tralle — are quite good. These guys know the musical theater genre, and they use that knowledge well. There’s a lot of music here, and it does what the best songs in musicals should do — illuminate character, and, most important, drive the story forward. Not all the songs are winners, or even necessary, but a great many of them are; and that, particularly in a Fringe musical, is a welcome surprise. The script, also by Jake Scott, is almost more of a structural outline on which the songs are hung. The scenes of dialogue which do exist are, for the most part, pretty lean and to the point.

The other great strength of this production is its lead, Debi Kilde, who plays Rebekah. Kilde has a strong, wonderful voice and a winning presence on stage. Whenever she’s in a scene, the production is on solid ground. In fact, it often seems like Kilde is carrying this show on her shoulders — dragging it when necessary, to get it across the finish line. In this, she’s a true heroine, both as a character and as a performer. Unfortunately, with this production, there’s a lot that she’s battling against.

The primary downfall of this musical is that almost no one in the cast can sing. I should qualify that statement: most of the cast is capable of singing, but ninety percent of the time, we in the audience can’t hear them. There’s a backing track with all their musical accompaniment, but its not really a sound level issue. We’re in a tiny black box theater space, I’m in the front row, and I can’t make out what you’re singing  —  that’s a problem. Apparently the word “projection” didn’t come up in conversation in rehearsal. There are also a couple of people in the cast who, god love ’em, couldn’t carry a tune in a bucket. This, too, for a musical, is a bit of a problem.

But there are notable exceptions, too, starting with anything sung by Kilde (Rebekah). The young Amish men (Alex Carlson, John Eisenrich, Tyler Helland and, what do you know, Jake Scott again), while woodworking, burst into a boy band style song and dance number that’s also pretty funny and well-performed. The opening Amish life number, and the later number in which Scott’s character Samuel chooses a bride, are sung well, too. But that’s about it. Every other number is breathless or undersung or even slightly painful to listen to. Perhaps the music needed to be transposed into another key — I don’t know enough about the logistics of musical production to be able to say for sure. But the problem should have been obvious, and, for whatever reason, it wasn’t addressed.

The other quibble I have with the production has to do with its treatment of the Amish. You know that line between laughing with someone and laughing at them? I often felt like this production was making fun of the Amish from a place of disrespect, and I found that troubling. One doesn’t need to glorify the Amish and their simple way of life (in fact, they’d likely be horrified at the idea). But they’re not stupid hicks either. They know and understand the modern world, but they choose to live apart from it for the most part. They’re not a bunch of isolated survivalist freaks. They don’t horde firearms in fear of a government they distrust. They are a peaceful people, who want to live closer to their God by freeing themselves of the modern world’s distractions. This production just takes too many needless, cheap shots for my comfort, and it diminished the show’s appeal for me.

Finally, I was disappointed by the handling of the romance in the show. If you’re going to have a musical with a decent love triangle, then not just the heroine, but the audience, needs to be torn between her two suitors. If you stack the deck in favor of one over the other, then there’s no real tension. The audience gets way ahead of you, because they know early on how it’s going to end. There were a number of interesting paths this premise could have followed: If Samuel’s a good Amish man, and if the Amish life isn’t for a bunch of losers, then the Robot (Marques Matthias) and the audience has something to worry about. And the character of Rebekah would have had a tougher choice to make. Go another way, and the number of interesting dramatic and comical situations that could arise from a plot line where Rebekah tries to integrate the robot she loves into the Amish community that raised her would have been practically endless.

But you won’t find any of these more fruitful narrative paths here.

That said, the way the script uses the Amish women (Katie Carlson, Billie Jo Konze, and Natalie Rae Wass) and Rebekah’s father (Bert Michalscheck) provides a number of instances exemplary of the moments where the production succeeds: these characters at least, consistently offered respectful, yet still humorous, portrayals of the Amish. It’s all the more unfortunate, then, that the other Amish men portrayed in the production occasionally degenerate into boorish misogynists who make cheap jokes about “stool samples” (which I have to admit, I found pretty funny) and screwing sheep (which I didn’t).

In spite of all this, Rumspringa has a lot going for it, and I found myself liking it, regardless of its imperfections. Everyone involved clearly loves what they’re doing, and it’s a pleasant, Fringey diversion in many ways. I just can’t help thinking that it could have been a whole lot more.

Rumspringa – The Musical by Best Weird Dog  is on stage at the Augsburg Studio in Minneapolis for one more performance: August 8 @ 10 pm.

And here are some bonus tracks, a handful of musical numbers from Rumspringa – The Musical: 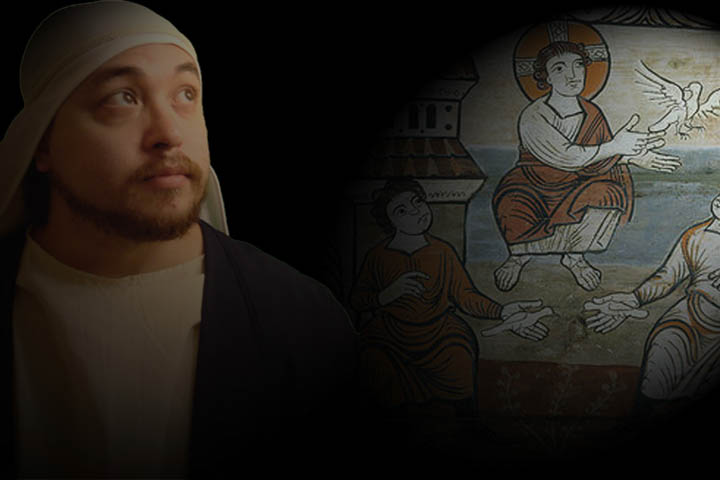 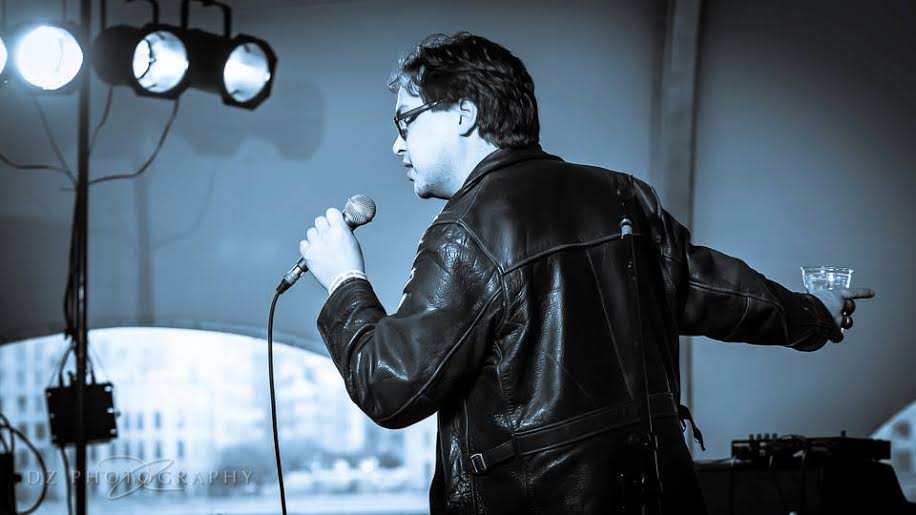 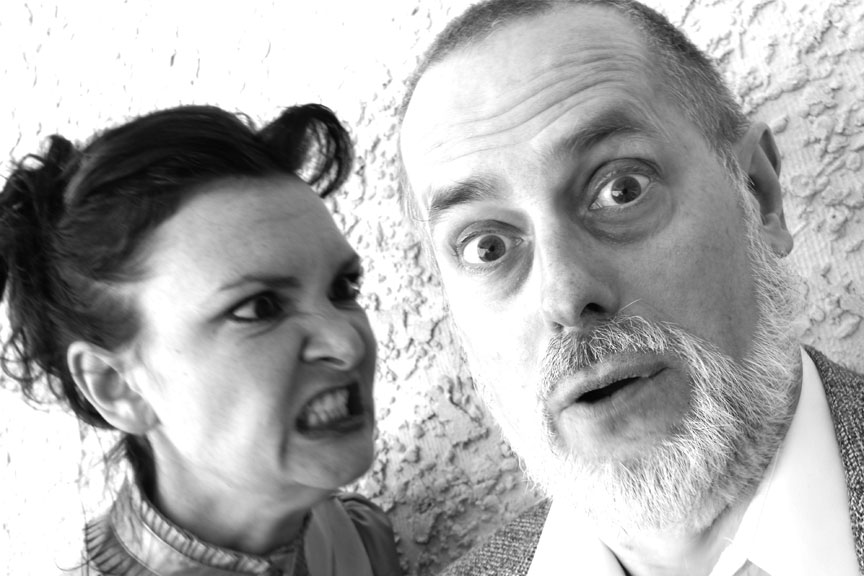 The Serious Business of “My Fair Lady” 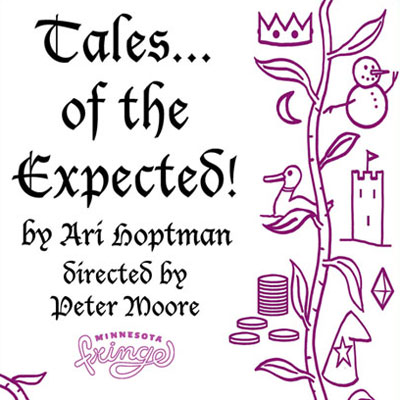 FRINGE SHORTS: “Tales … of the Expected” by Ari Hoptman