THE RECESSION OF RECENT YEARS HAS CAUSED an increasing number of vacant buildings around the Twin Cities. Two local projects, the Starling Project and Artists in Storefronts, are attempting to combat this problem and revitalize their neighborhoods in creative ways.

Due to the Central Corridor light rail construction, the stretch of University Avenue between Minneapolis and St. Paul has been particularly hard hit by vacancies. In response, the Starling Project was founded last summer by two University of Minnesota graduate students, Ben Shardlow and Kristen Murray. “Like other people, we were concerned about the impact that LRT construction was having on University Avenue,” Murray says. “Vacancy rates were climbing, and often vacancy leads to more vacancy.  We thought that drawing attention to the opportunities that those vacant spaces offer for temporary, or ‘meanwhile’ uses, could perhaps have a positive impact on the surrounding businesses and neighborhoods.”

Murray’s knowledge of the plethora of people and groups looking for such short-term spaces, combined with Shardlow’s experience in property management and development, helped get the Starling Project underway. The two have expanded the project and are now joined by a small team of U of M students who run the project, focusing on a variety of fields, including urban planning, architecture, business, and graphic design.

The Starling Project goes about their goal of filling these vacant spaces along University in two ways. First, they attempt to set up individual matches between the building owners and prospective tenants for short-term property leases. They also work to collaborate with other community-based organizations who share a focus on the Central Corridor, such as U7 and Irrigate, to find additional ways to fill these vacant spaces.

It’s worth noting that while University Avenue provides great opportunities for anyone looking for a temporary space, it is particularly well-suited to artists. Murray says, “The neighborhoods, businesses, and organizations along the Central Corridor are very inspiring… Isabel Broyld of U7 and Neighborhood Development Center says it’s like going around the world in 11 miles — and that really feels true.” In addition to diversity, the area has valuable creative resources (Faux Poco, Textile Center, and Ax-Man Surplus, among others) and a renewed grassroots support of local artists.

After the students involved in the Starling Project all graduate from the university this month, prospective tenants can expect new tools to become available, on and offline, as well as further development of the program. “Our goal is to develop the model to the point where it can also be used in other areas where there is a critical mass of vacant space, or in places where there’s a major transition on the horizon,” says Murray.

“I love the placemaking of the project — infusing previously ‘blank’ spaces in a neighborhood with creative energy, and I love the ‘out of the galleries, into the streets’ mentality it represents.”

WHILE THE STARLING PROJECT LOOKS FOR for short-term tenants to fill vacant buildings, another project, Artists in Storefronts, sees these empty spaces in a different light, as perfect staging grounds for public art. Artists in Storefronts, located in the Whittier neighborhood of Minneapolis, began operation April 27 and completes its run with Northern Spark on June 9. More than 20 artists working in a variety of media have participated, filling vacant storefronts and sidewalks throughout Whittier with new and original exhibitions of public art.

So, why Whittier? “The Whittier neighborhood has always been a vibrant arts community,” says Joan Vorderbruggen, the artist who has spearheaded the project. “It certainly is not a neighborhood in a state of serious decline, by any means, even though it has its fair share of vacant commercial properties. There are still many new restaurants, new parks, and even new independent galleries popping up.” Artists in Storefronts has the support of the Whittier neighborhood organization, and has the added benefit of already being “on the map,” simply by virtue of its location near the popular “Eat Street” dining and nightlife area.

Along with enthusiastic endorsement by the surrounding neighborhood, the project also benefits from the excitement of the artists themselves about the opportunities Artists in Storefronts offers. Emily Lloyd, whose 6 Words Minneapolis endeavor (which asks Minneapolis residents to tell their story in a six-word memoir) was recently displayed at 35 E. Franklin Avenue during Artists in Storefronts, is one such artist. “I love the placemaking aspect of this project, infusing what had previously been ‘blank’ spaces in a neighborhood with creative energy, and also its ‘out of the galleries, into the streets’ mentality,” Lloyd says. “I’m excited that people will come specifically to see the art in Artists in Storefronts, but I’m even more excited that people who weren’t particularly looking to see art — who were just walking their dogs or heading to the pharmacy or making their daily commute — will come across it as well.”

Indeed, the Whittier neighborhood’s passion for art, as well as its pedestrian-friendly urban setting, provides Artists in Storefronts with a unique chance to create an exhibit geared to make the most of that foot-traffic, available for community residents to enjoy as they go about their everyday business. With that in mind, organizers have been offering walking tours of all the storefront installations, with special guest tour guides on duty every Saturday at 2 pm.

Both the Starling Project and Artists in Storefronts are helping to fill the void left by vacant buildings in ways that strengthen not only their neighborhoods, but the Twin Cities as a whole. Perhaps their example can lead to similar projects that might help other neighborhoods facing similar straits in the future.

There are special events running throughout the remainder of the first run of Artists in Storefronts, concluding with “Busk Until Dawn,” which begins at 9 pm on June 9, part of the night-long Northern Spark festival, at Icehouse Court (2540 Nicollet Avenue) and features acoustic, spoken word and avant garde street artists. The current iteration of the program has proved so successful organizers will soon announce a second call for artists for another run of Artists in Storefronts this summer. They will begin taking applications June 12, with a deadline of July 9.

For more information on Artists in Storefronts, including a complete schedule of events and participating artists in the first run of the program, as well as information about the soon-to-open call for artists for this summer’s events: http://www.artistsinstorefronts.com/

Likewise, if you’re interested in participating in the Starling Project, they have recently partnered with the Saint Anthony Park Community Council and the Creative Enterprise Zone to make a storefront at 2401 University Avenue available for short-term leases this summer. The group is currently looking for artists, craftspeople, entrepreneurs or other creatives who are interested in one- to four-week sublets of the space. For more information or to submit a proposal, visit http://starlingproject.com/inquire.html.

About the author: Sarah Howard is a freelance writer living in Minneapolis. She will be entering the MFA in Creative Writing program at Hamline University this fall. Read more about and by the author: http://sarhoward.tumblr.com 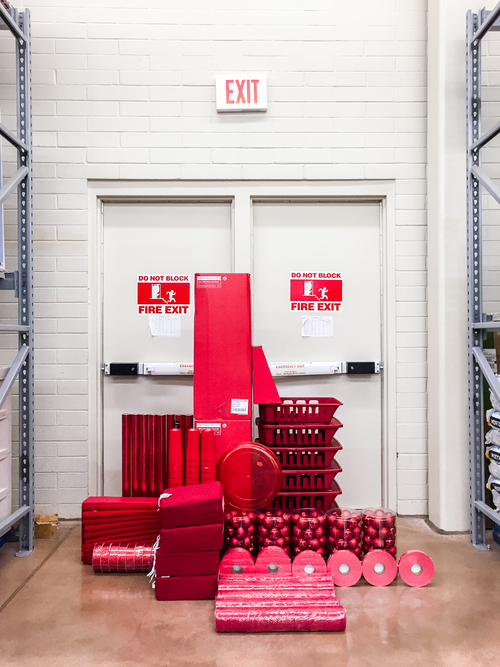