“I can always hear somebody running”

It came in mud and storm. It came while something was being wrecked. Uptown Minneapolis, MN. In evening.

Dark. This place where everything was billowing. A colleague and homie, Selah Michele, and I were talking medicine and other-world-making, trying to come to terms. We were getting coffee. Discussing the use of organizing. Of kinship. The ongoingness of the non-phenomenal. The storm knew how important it was for us to stay there. We were also convinced. Rain had a message for the roof. All the sound that is needed to say to oneself, “Keep inside,” was being used. We scheduled to connect and talk about our work. She was a healer. A practitioner of reiki, nutrition educator and master facilitator. I was a poet. Who ran an emerging arts organization, Black Table Arts. 2017 in September. It was a Wednesday.

During this meeting was the first time I said the phrase “Sci-fi Social Work” out loud. Though that’s not important. What is more worthy of consideration was the phenomenon that occurred around us in language, as well as the happenings that appeared in the midst of that phenomenon. What the storm allowed us to do.

Sci-fi Social Work is where the wild meets the non-phenomenal. Where wreckage coexists with possibility. Where surrealism meets conviviality. When I think about Sci-fi Social Work I am meditating on a mode of civic engagement. Sci-fi Social Work is located at the intersections of gathering community, art as a way to pay attention to the world around us to make predictions about the future, the study of Science Fiction, The Fantastic and particularly Surrealism as schools of thought that sought to “lessen the contradictions between our everyday lives and our wildest dreams”.1 To envision with the Chicago surrealist group “a society in which everyone will be a poet”2—and by poets, not referring to those who are in the practice of writing poems, but those who are able to conceive of empathy and imagination. Sci-fi Social Work can be imagined in seven key concepts.

Sci-fi Social Work is any gathering that embodies the following terms, even if the subjects of those gatherings are unable or choose not to recognize or register these terms, but live them out loud.

I’ve been interested in studying storms. What are the conditions required to create such a happening on earth or otherwise? What might be of use in thinking about biomimicry at the intersections of storms, social movement and black social life? Recently an organization I serve concluded 12 months of planning a social storm—the Because Black Life Conference—located at the University of Minnesota. A term we use to describe this convening is a Blackmosphere. During the day everything was billowing. For eight hours we were in mud and movement. We crept through openings of discussion and workshops. Joy was raining down. Tapping the roofs of our afros. Soaked in study. Participants flew in from New York and Chicago. Some were convinced they had to stay there. To keep kin close. It was a mud of brilliance and the ongoingness of the non-phenomenal. We were kickin’ it. We were participating in a storm of Convivial Research. Dark and beyond.

How can a social storm such as a conference be of use to rebuilding social infrastructure? What are the archetypes that build up day-to-day sociality? Does it have to do with the ability to say one’s name out loud? Or the descriptions of one’s work out loud? Or perhaps undoing the duress that comes with gathering in public under a government that simultaneously constitutes your invisibility and doesn’t admit your death exists?

Perhaps we are interested in how the gathering can illuminate an opening for sound and color on such a frequency a social storm occurs. There are people responsible for this thunder. For this Blackmosphere.

Perhaps at Black Table Arts we’re practitioners of social storms. Of gatherings. We’ve been trying through various Blackmospheres to gather or help cultivate the perfect social storm. Perhaps a better way to describe this effort is the most operative social storm. A social storm that emerges movement. How can the complicated heterogeneous elements of the demos work in concert to produce a happening in sound, thought and mobility? How can this be in conversation with Convivial Research. The word “convivial’ is an adjective meaning of an atmosphere or event, friendly, lively, and enjoyable. Mid-17th century (in the sense “fit for a feast, festive”): from Latin convivialis, from convivium “a feast,” from con- “with” + vivere “live.” How can we feast from possibility? From the ongoingness of our non-phenomenal? From the multitude of intelligent channels that become alert by way of the gathering? What might need to be provided from an atmosphere to produce such an engagement? How do we make this autonomy not only a common desire but illuminate examples we already have of it? We ain’t new to this.

I am interested in the autonomy of storms. One way I’ve been immersed in this is studying the ways community happenings emerge after storms occur. The ways in which autonomous people emerge—govern themselves to be attentive to their needs after natural disasters. When condensation occurs, heat (latent heat/energy) is released and helps the thunderstorm grow. Here I proceed carefully. I do not by any means want to romanticize storms. There is a cost to wreckage. Bodies were animated before they were corpses. Enough rain—and it floods. These observations are real. I am not interested in diluting the word disaster; my work here is to illuminate the mobility of community that is shadowed by normative discourses of community when natural disasters occur. The people don’t get air time. In media and otherwise. I am interested in how the people were breathing during and after the storm.

I read two works to get me through the storm: Parable Of The Talents by Octavia Butler and “Beyond Disaster Exceptionalism: Social Movement Developments in New Orleans after Hurricane Katrina” by Rachel Luft at Seattle University.

To begin with Butler, Parable of the Talents is a sci-fi novel that welcomes us into the world of Lauren as an extension of a narrative started in Parable of The Sower. We meet Lauren in ACORN, a community predicated on the belief system EARTHSEED, that follows and embodies the mantra god is change. The novel is a narrative and meditation on how community must shapeshift to survive, and the complicated relationship between Lauren and her daughter, as well as Lauren’s brother, Marcus, who becomes a minister of a church. Without giving away too much of the story, a storm occurs in the book that has a direct relationship with the emancipation of both the EARTHSEED community and central characters in the novel.

It is mentioned that Lauren believes this storm might be the spirit of a rebel named Day Turner, who attempted to lead an insurrection, though was captured and executed shortly after. I am interested in the relationship between storms and emancipation. What the storm might allow us to do. How the storm in the book allowed Lauren and her community to do very particular things that served as a catalyst for their freedom. When I am thinking about Blackmospheres such as the Because Black Life Conference, I am thinking about cultivating social storms.

The article “Beyond Disaster Exceptionalism: Social Movement Developments in New Orleans after Hurricane Katrina” holds a variety of illuminations that complicate and re-configure social vulnerability as it relates to natural disasters. Outside of the account of the grassroots movements that emerged in the wreckage of Louisiana from this particular research, we are able to register that movements after Katrina happened in generations, or better yet—waves. A few key takeaways I arrived at are as follows:

What both Butler’s work and what is described in “Beyond Disaster Exceptionalism” call us to look for are processes of conviviality under duress. What are the mechanisms and rituals we go toward to not only withstand the storm, but emerge our own storms on our own terms? How do we shape the future under time constraints, but also become futures under the constraint of time? This is what Sci-fi Social Work is interested in. Becoming.

Sci-fi Social Work is about putting imagination into practice. Lessening the gap between theory and praxis. Seeing the future as present possibilities. Validating memory as a reality to be tapped into. With this effort we prepare for the wreckage and shape storms of our own design. Blackmospheres that keep us a little longer.

Daunte Wright: A Billion Clusters of Rebellion and Starlight 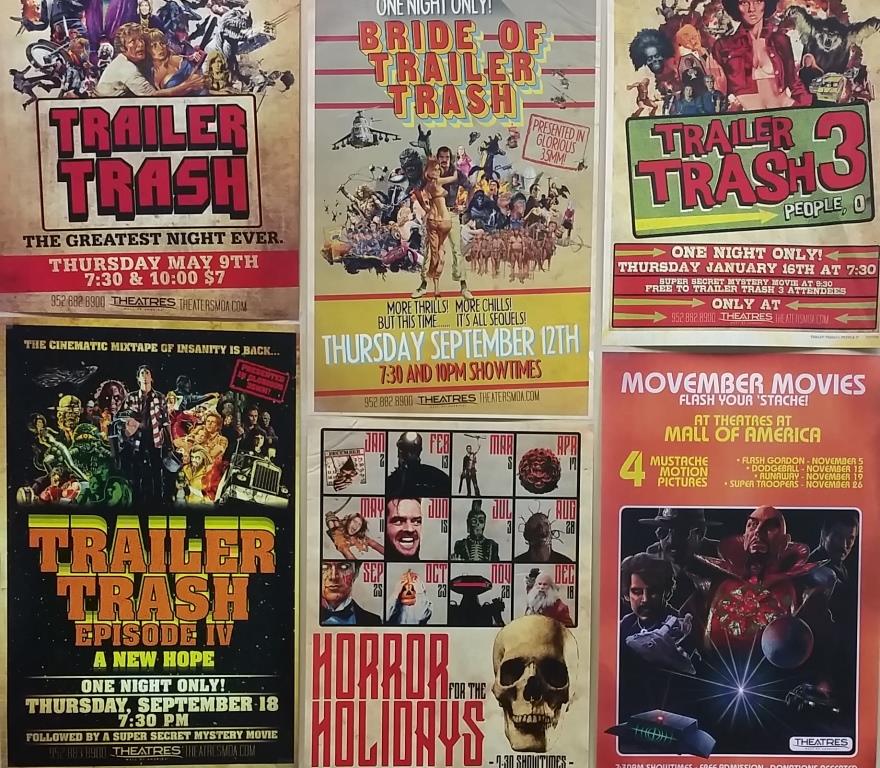 Trash Films and the People Who Love Them