Put “hyper” in front of any word and watch eyebrows raise and expressions become quizzical. As in “hypervirtuosic” or “hypernatural.” Take the first example. For a number of years, I researched with several colleagues—dance academics—the origin and evolution of hypervirtuosic bodies, primarily in concert dance and, more specifically, with regard to moving and dancing bodies in mainstream film. My area of focus encompassed concert ballet and the technological innovations and changes in training and technique that continue to contribute to the evolution of the ballet body (from Marie Taglioni to Wayne McGregor). But my research also explored how film technology in conjunction with the trained human body can create a diegetic narrative of a body’s evolution, from a fetus-like adult to freedom fighter with hypervirtuosic, lethally balletic, physical abilities—e.g. Neo in The Matrix.

Since that film, humans-versus-machines (i.e. technology) has become an even more prevalent, and usually, dystopian theme. Humans are invariably cast on the losing side. But as we well know, in real life, so is our natural world. Due to human hubris, and our desire for ever-faster, cheaper technological fixes, the natural environment and its creatures are suffering from population growth, pollution, climate change and resource depletion, among other activities. Which brings us to the second “hyper” example: hypernatural.

According to many studies, the building sector (design and construction) is a major contributor to greenhouse gas production and, thus, global warming. This reality has led to such initiatives as biomimicry in the architecture and design community; initiatives beyond sustainable design, in that they use natural systems as templates for design and construction. Now, Blaine Brownell (who directs the University of Minnesota’s master of architecture program) and Marc Swackhamer (head of the U’s architecture school and founding partner at the Minneapolis-based HouMinn) have gone further.

In their book Hypernatural: Architecture’s New Relationship with Nature (Princeton Architectural Press, March 2015), they embrace technology, and the human innovation and ingenuity driving technological advances, as well as the “corporeal agency” that drives evolution, as “hypernatural.” For Brownell and Swackhamer, “The ultimate aim of technology is not antinatural; it is hypernatural [sic]. It involves working directly with natural forces and processes—rather than against them—in order to amplify, extend, or exceed natural capacities.”

Which means, for a profession predicated on the control of program, materials, and construction to ensure permanence, a hypernatural approach to architecture and design rests on the opposite: impermanence. “Decay, change, and unpredictability: these are three words to which architects have commonly exhibited resistance, but to which hypernatural designers enthusiastically flock,” the authors write. Rather than controlling nature, then, a hypernatural approached requires architects and designers to “deliberately resituate control, often to the predesign phase of a project, where they set up the conditions for work to unfold, organically and unpredictably.”

In their book, and in an accompanying exhibition currently on view in the HGA Gallery in Rapson Hall at the University of Minnesota, Brownell and Swackhamer substantiate their thesis with examples of projects from around the world. The book includes 42 examples, dividing them into seven chapters total: three based on planetary development (geosphere, atmosphere, hydrosphere); three on life (microbial biosphere, botanical biosphere, zoological biosphere); and the last on the noosphere, or the domain of human thought. Properties, processes, and phenomena of each are examined.

Consider, say, the stalactite-like Water Cathedral (an installation illustrating water’s flow via geometric fabric cones) by GUN Architects in Chile, Seizure (an apartment soaked in a mineral bath until crystallized) by Roger Hiorns in the UK or Windswept (an installation of wind instruments gracing a building’s façade that demonstrates an invisible natural force) by Charles Sowers in San Francisco.

Or, take MIT Media Lab’s Silk Pavilion, wherein silkworms were denied a cocoon in order to force them to weave a bio-inspired scaffold with their intricate webs. (If that bothers you, read Karen Russell’s short story “Reeling for the Empire” as an antidote). Or, there’s the BIQ House in Germany, with a bio-adoptive façade known as SolarLeaf: window panels filled with liquid that are part of a geothermal heating system and which also grow algae, that in turn shades the building. Echoviren is a botanical pavilion modeled on the surrounding redwood forest in Northern California, but designed to decay over a period of decades.

Are these hypernatural designs, many of which seem to fall into the realm of science fiction, artful? purposeful? beautiful? “Hypernatural designs do not aim to be beautiful—although they may result in alluring outcomes or exhibit underlying systems or processes that are beautiful,” the authors contend. “Rather, the hypernatural approach precipitates transformation, novelty, and mutation, in both technology and design, generating aesthetic results that may be uncanny, sublime, or otherwise challenging to evaluate based on status quo models.”

In accessing “not just a new kind of architecture that is being produced but also an entirely new collection of ways to work, discuss, and critique,” as the authors describe the hypernatural methodology for design, it’s important to also include the corporeal, the forces of natural agency, the evolutionary power of nature itself. Technology, they argue, “is an instrument of life and has been utilized for millions of years by organisms of varying levels of evolutionary development.” Take, for example, the eye of a fly versus human optics; a chimp’s creation of tools using branches and sticks to collect food versus human advances in food collection, preservation, and preparation; an African termite mound versus any number of human-made claddings to insulate and protect homes.

“Hypernature also includes the modification of nonliving matter by living organisms for the purposes of reshaping their physical environments,” the authors write. “According to designers Koert Van Mensvoort and Hendrik-Jan Grievink,  hypernature brings us ‘natural’ experiences that could not exist without the human hand, but can be appreciated nonetheless. We argue that this definition should be expanded to include all life, for the manipulation of nature is not limited to human influence.”

In other words, Hypernatural: Architecture’s New Relationship with Nature demonstrates the conjoining of the natural, human and technological by presenting projects that reveal “new relationships between the born and the made.” It may sound like science fiction. And the structures presented in the book and the exhibition herald a future radically outside of what seems plausible on an everyday basis. But they also demonstrate possibilities perhaps necessary to human and planetary survival, at time when words such as hypernatural, hypervirtuosic and every hyperreal are a part of daily conversation.

Related information and links: A group exhibition, Hypernatural, is on view from September 26, 2015 – January 24, 2016 in the University of Minnesota’s Rapson Hall lobby in the HGA Gallery.  Find more information about the affiliated book,  Hypernatural: Architecture’s New Relationship with Nature, on the Princeton Architectural Press website and on the project website, www.hypernatural.net. 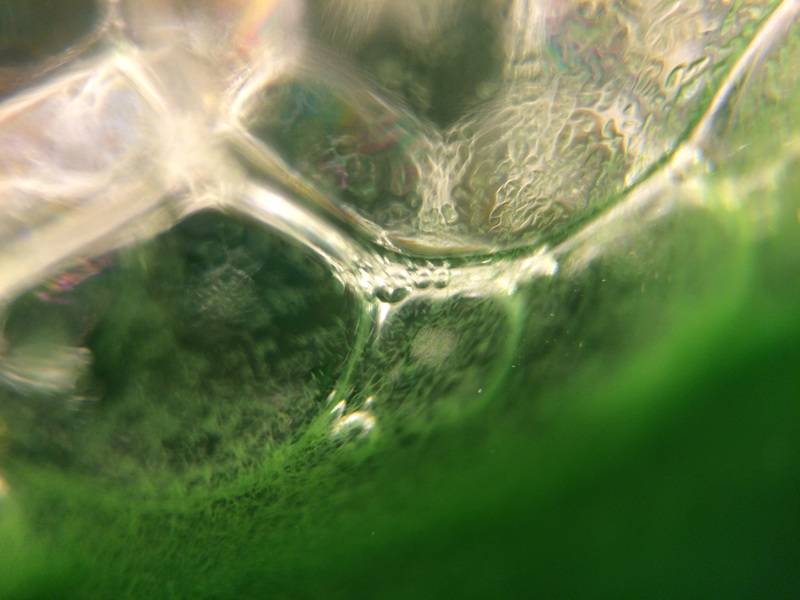 A Vision of the Future as a Thing of the Past 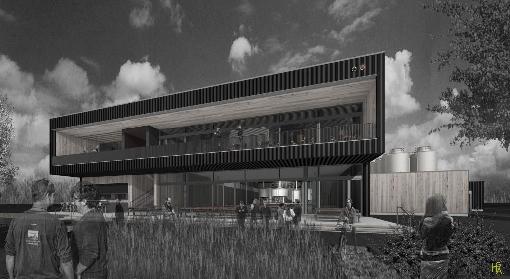 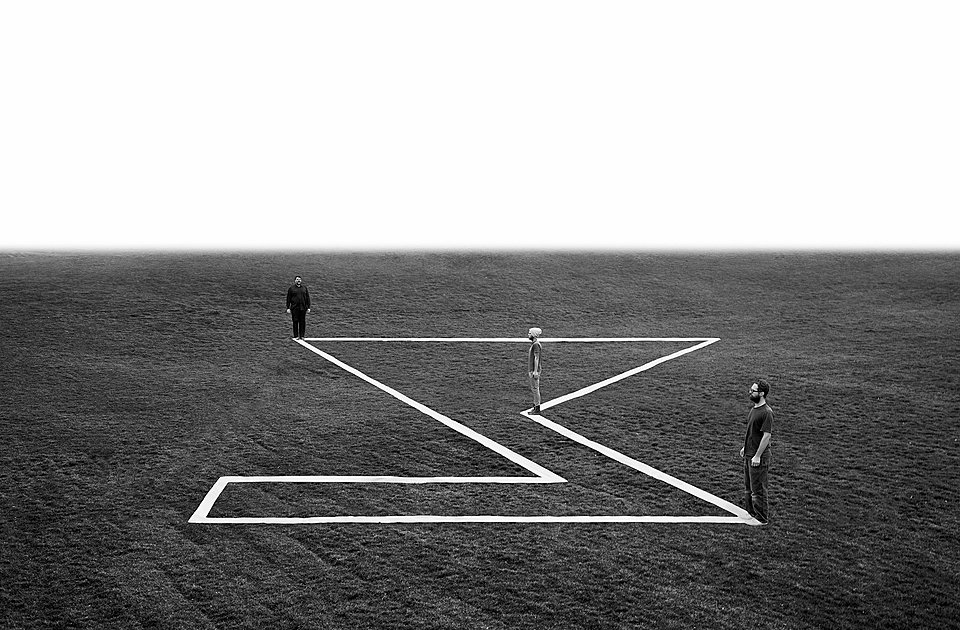 Building a Place of Attention