It’s a warm summer day in July, and a group of boisterous teenagers and young twenty-somethings are hard at work making art at In Progress, a community art space in the North End neighborhood of St. Paul. The students—who are either there through Right Track, St. Paul’s youth worker program, or another nonprofit called Safe Zone—are creating mosaics and working on designs for two new murals that will be coming to the neighborhood next year, as part of a project put together by COMPAS.

One of the young people, Josh Daley (21), goes to Safe Zone and needed an extra curricular activity. He’s also a musician and does spoken word and slam poetry. “It’s amazing to actually contribute to the community,” he says. “To show people that this is what we can do.”

The murals, slated to be installed in the Trout Brook Sanctuary as well as a nearby railroad underpass, were originally going to be unveiled this year but were delayed until 2017, due to red tape with the railroad. There has also been resistance from some neighbors who felt they weren’t being given a voice in the process. The controversy surrounding these murals speaks to “how community is defined, and who is really engaged in the public art process,”  says COMPAS Director Betsy Mowry Voss. The question gets especially tricky when public art is erected in neighborhoods that don’t typically get much public art at all. St. Paul’s North End neighborhood, for example, has historically been afforded the least amount of public art in St. Paul, according to Mowry Voss.

The Trout Brook Nature sanctuary, which officially broke ground in 2013 after years in the planning stages, is the second-largest public reserve in St. Paul and includes 42 acres of woods, wetlands, and walking trails. It’s a community resource that’s there thanks to tireless efforts from the community, so it’s no surprise that neighbors are feeling protective of the resource. Kerry Antrim, Executive Director of the District 6 Planning Council, which covers the North End neighborhood, says some of those in the neighborhood didn’t have a good experience the last time that a public art project was put into the nature sanctuary. “The issue was that the finished product wasn’t what the folks thought it would be,” she says. “They thought it would be less bulky—less clunky.”

She’s referring to a public art project in the nature sanctuary coordinated by Forecast Public Art, which included three different pieces by two artists. One of the artists Andrew McGuffie, says that as part of the design charrette, he proposed a number of ideas and was chosen for two out of the three he proposed. The two selected projects involved creating a piece of artwork for a bridge in the park, as well as another project that used concrete letters as stepping stones. “My approach is always to do something unusual or unique instead of the status quo,” McGuffie says.

McGuffie felt uncomfortable with how much control the neighborhood group wanted to have over what the art was like. To make it go more smoothly, McGuffie says he would have involved the neighbors from the beginning of the process, though he admits, he’s not sure if he ultimately would have done anything differently. “At the end of the day, you have to stick to your vision,” he says.

The Trout Brook project is just one of a number of public art projects facing such controversies. Last year, a public art project in Frogtown, which used the One Percent ordinance, also proved controversial. “What they think we can get is different than what we can actually get with one percent of the funds,” says Kathleen Anglo, a planner for the St. Paul Parks and Recreation board. In the case of Frogtown, neighbors were hoping for beautiful bronze sculptures. “Well, we don’t have the budget for that type of art. We only have $30,000,” Anglo says. In some cases, Anglo says, the design process costs more to the city than the cost to have the art installed, because someone has to staff the request-for-proposals process and community engagement.

Dean Reasoner, a resident of St. Paul’s North End neighborhood, was heavily involved with a group of neighbors who wanted to see a mural put in for the underpass underneath the railroad bridge. Their group applied for a STAR grant but didn’t get it the first time they tried, so they were connected with COMPAS. “Because of the condition it’s in—it’s deteriorating and very dingy—the railroad has agreed to do some maintenance, but it’s still peeling,” he says. “It’s really dilapidated. Several in the group also happened to be on the District 6 Planning Council, so the neighborhood group ended up becoming affiliated with the council, Reasoner says. The North End group of neighbors reapplied for a STAR grant at the same time as COMPAS did, Reasoner says, and the STAR board’s response was that they wanted the project to be one package, so they rejected the neighbors’ proposal for the second time. Meanwhile, COMPAS received an additional grant to commission the Trout Brook mural.

Linda Jungwirth, a member of the District 6 Council, fielded complaints last fall that the neighborhood wasn’t afforded an equitable shot in the decision-making process. “The community here didn’t have the opportunity to choose the arts group that would oversee the project, or the artists, or the medium,” she says. “They came, after the fact, for input as to possible subject matter. The community was then given a presentation of what had already been predetermined behind closed doors. That is a flawed process and lacks transparency.”  Jungwirth says she wishes the COMPAS project would have followed the example of the Green Line light rail public art selection process, which was extensive. “Each station-area neighborhood got to see examples from various artists, pick what they wanted, and choose an artist. That was never afforded us over here; [those decisions were] predetermined.”

“As an arts organization, we have our own, professionally vetted roster of artists,” says Mowry Voss. “Those are the only artists we work with.” In order to submit a request for funding, Mowry Voss says, COMPAS had to also submit the names of the project’s artists. “I feel like we made a good faith effort to include [people in the neighborhood],” says Mowry Voss. “But ultimately, as the people raising the funds, we had to have final say about the artist selection. [Trout Brook is] located in District 6, but ultimately, it’s a city park.” She also notes that the artists chosen for the project come from diverse backgrounds. For example, May Lee-Yang, a Hmong poet and playwright, is one of the project’s collaborators, and she has done quite a bit of outreach work in the community. In addition, African American artist Mica Lee Anders has been helping to coordinate the youth who are working on the project, and implementing feedback provided by neighbors.

According to Anders, some of that community feedback included a desire to use a lot of color in the artwork, and for it to have a natural aspect. “A lot of them wanted [the work] to stray away from people. They didn’t want the mural to be people-focused, because sometimes that can have implications about who is not being represented,’ she says. “It was really important to make the work about this neighborhood, this community,” Anders says. Part of that involved highlighting the hidden gems of the North End. For example, most people outside of the area haven’t heard of Loeb Lake, one of the cleanest lakes in the cities. So, that might be an element used in the final design.

Still, despite outreach efforts, some of the neighbors feel they’ve been kept out of the loop, and upset they weren’t given the chance to choose the specific artists and mediums used for the Trout Brook mural. “The outreach was merely to ask the community members—at least, those who even knew to show up—what subject matter they would suggest for the mosaic,” says Jungwirth. “There were maybe a dozen members there from the community, including seven or eight from the block-club group that spent the past  23 years working to get the nature sanctuary and trail in the first place.”

Meanwhile, working with the railroad has provided its own bureaucratic tangles, says St. Paul City Council member Amy Brendmoen, who has been helping COMPAS to sort out the logistics of creating a mural on the underpass. “The railroads are very resistant… it’s been a wrestling match,” she says. She’s been working with the city to take a certain amount of ownership over the project, keeping costs down for things like flagging and road closures, and connecting COMPAS to community partners.

Still, the work that has been done navigating these hurdles has paved the way for future art projects. “We’ve figured out a path for this that may make it possible for other projects to happen more simply,” she says. Brendmoen says she’s been impressed with how COMPAS has reached out to the community as it continues to build toward more public art. “I think COMPAS has done a nice job with several community meetings at In Progress and the District Council,” she says.

That said, she acknowledges there’s been pushback. For example, some neighbors worried the mural would flake off. “But COMPAS convinced the community their approach was for longevity,” she says.

Right now, there’s still a year remaining for COMPAS’s two public art projects to congeal into a perfect harmony between the natural environment, the people that live in the neighborhood, and the various bureaucratic powers that be. In reality, public art is a messy prospect, where the different stakeholders don’t always see eye to eye. One hopes to reach a tipping point, where public art can reflect the particular qualities of a certain place, giving off beauty for the people in the area to enjoy. 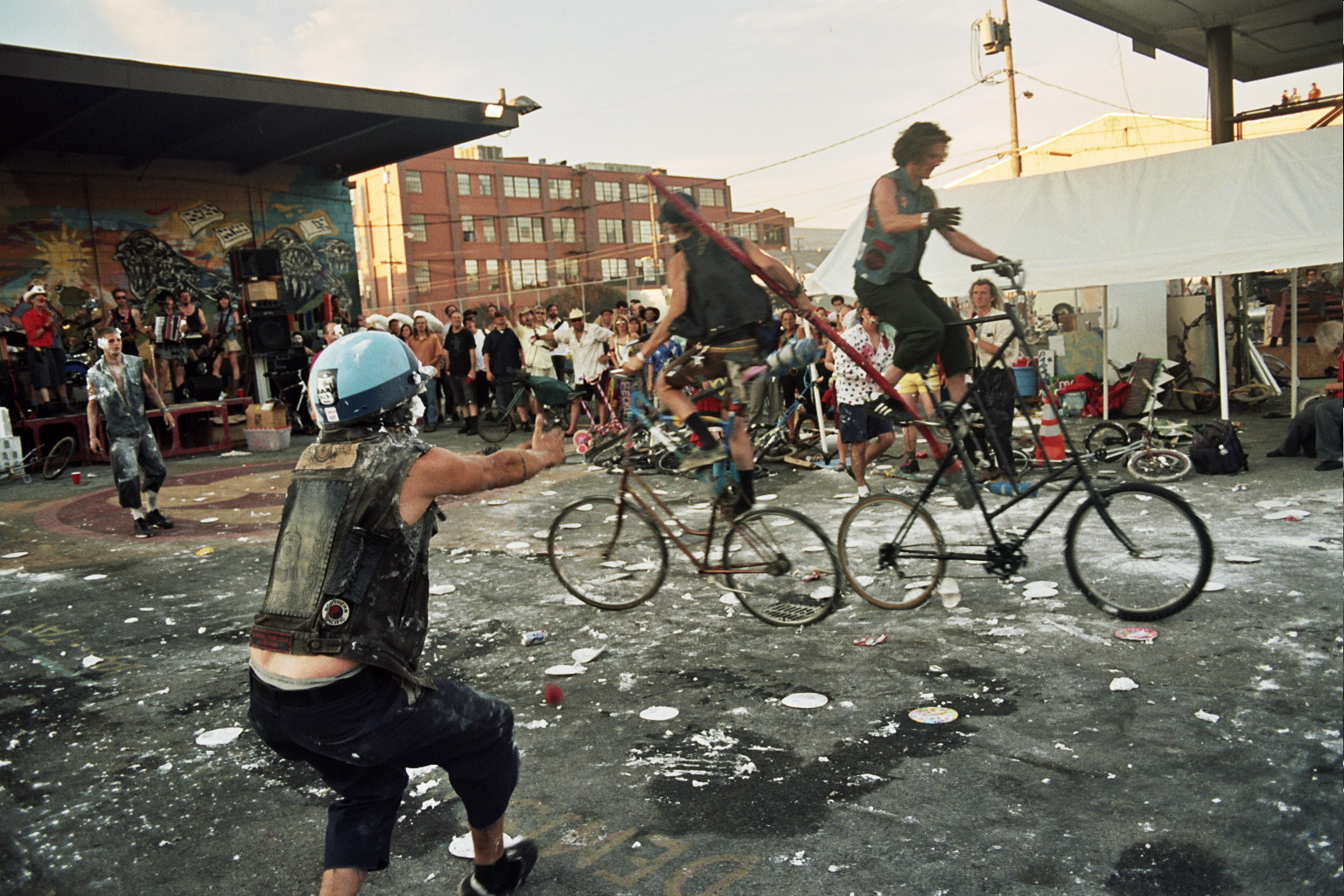 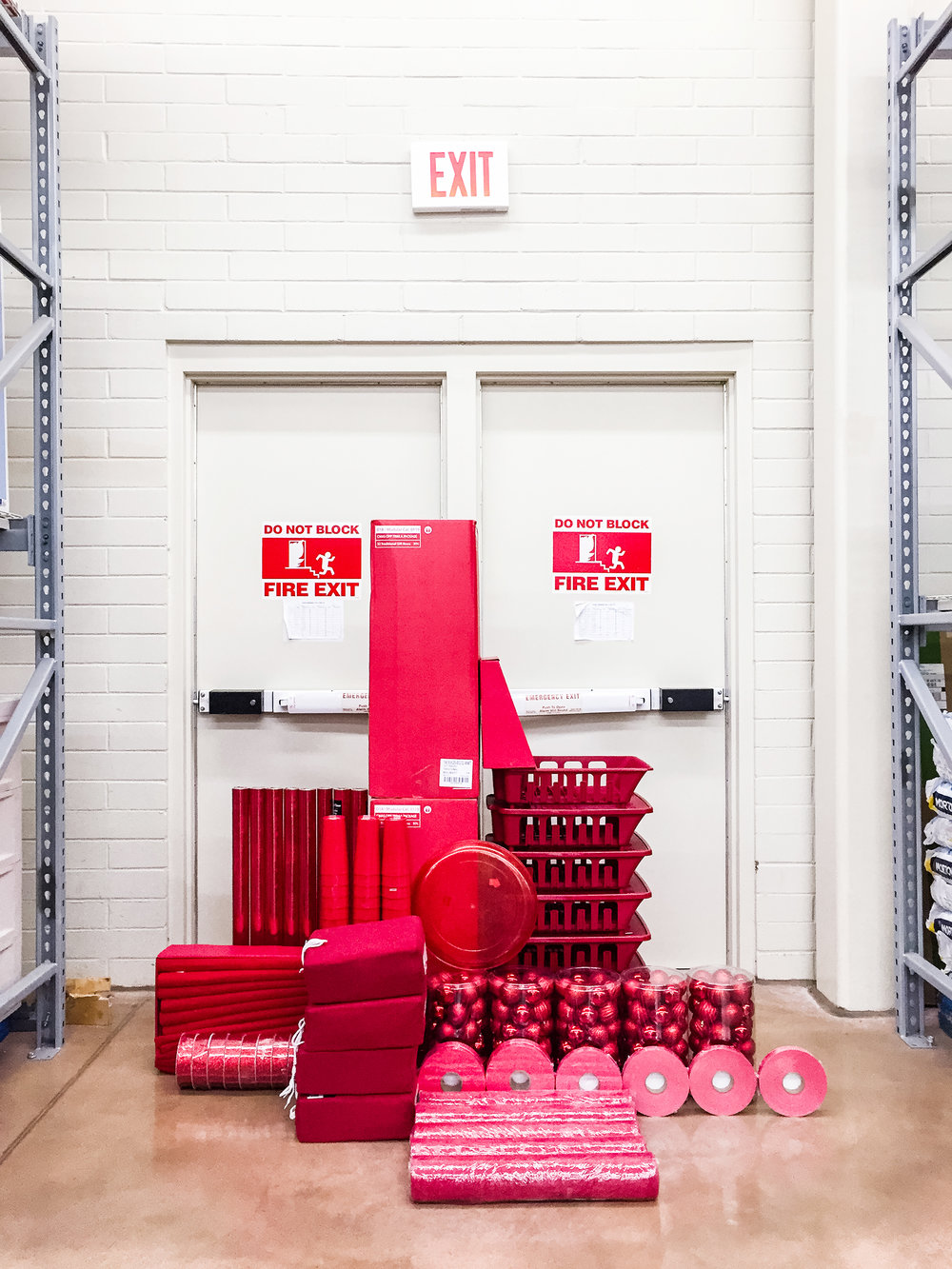