For most of my life—until recently—I was too afraid to try to become a “real” artist. When I say “real,” I mean an artist who sells their work. This is what I’d been told was the goal of making art, mostly since my art school days. I was afraid to do this because I didn’t think I could do it. I’d always thought other people who were “making it” in their careers knew some kind of secret I didn’t, that selling art was for them and not for me because I wasn’t good enough. Something along those lines.

It’s not that I didn’t make art regularly in my little home studio, or that I hadn’t always told people I was an artist, even since I was a little kid. It’s just that I didn’t think I had the gumption to build what other artists had. A name? Recognition? An Instagram page? So, last year, I decided it was time to try to become what was always lurking below the surface of my desires but never quite fully realized: a Real Artist. I was 31. I guess you could say I’m a late bloomer, considering there are people much younger than I am who are “making it” as artists.

Getting my foot in the door wasn’t as hard as I thought it would be. I made an Instagram page, made some prints of my work, bought a folding table for setting up at art shows, made some business cards, and submitted to galleries. Instagram: Check. Sell prints: Check. Gallery: Check. In the span of about four months, I had a bank account with the name Rachele Krivichi Art that had money in it, got some more ticks on my resume, had a few requests for commissions, and showed some work. The plaque that read “Real Artist” was probably on its way in the mail, I figured. It just hadn’t arrived yet.

Another surprising facet to all of this was that I didn’t feel much different. The sales, the bank account, and the business cards had their own, short-lived satisfaction. But all this time I’d been looking at those people who were already doing it and thought, “Wow, they must be so happy. Being an artist must be the best thing you can possibly be.” With the tiny taste I got of being a Real Artist, what I felt, mostly, was…the same as before. As it turns out, I might have been a real artist all along.

With this realization, I wasn’t quite sure what the next step in my art career should be.

At the same time I was attempting this transition to Real Artist, I was working a desk job I’d been at for three years, knowing every day it wasn’t the right place for me. I quit this job at the end of the 2021 and joined the mass of other bored, disgruntled, and disillusioned workers in the Great Resignation. I was looking for a break from the intellectual work, a break from the grind, a break from endless deadlines and computer screens and Outlook and Zoom meetings. So I took a job as a house cleaner.

A few expressed concern for me when I made the switch. “You’ll find a new job soon, don’t worry.” “This is just a temporary situation.” What I kept to myself for the first month was that I didn’t really feel like finding a new job, and I would be fine if this wasn’t a temporary situation. I relished the work. I enjoyed the feeling of walking into a dirty house, taking out my supplies, and, within a few hours, transforming the house into a sparkling, dust-free space. I smiled as I vacuumed up dirt from corners, hummed as I scrubbed sinks and bathtubs, stretched my long-dormant muscles as I climbed up and down staircases. The work felt amazing. It was satisfying, simple, and straightforward. Unlike my last job, this one felt fulfilling.

I started to compare it to the switch I’d made in my art practice. In theory, selling my art should have made my art practice more satisfying. But I had found the opposite to be true. Once I started selling work, it started to become less so. Making art to sell at fairs, online, and for other people had lost that blissful, zoned-out feeling I felt while I was cleaning. Instead, it became a drudgery. What used to be unstructured and random now had deadlines. The work became less unique and more uniform, less free and more mechanical, less fun and more like a chore. I abandoned the carefree art making of my former practice in favor of projects I knew would sell. The horrifying realization was that making art was starting to feel like a desk job.

It seemed odd to me. After all, this is what all the books told me I should want from my art. I had read several titles like Art, Inc., The Smartist Guide, and The Artist’s Guide: How to Make a Living Doing What You Love, books whose information I took in stride in starting my career. When I switched to my new, carefree job I said to a friend, “I’m an artist, not a capitalist!”—not realizing all along I’d been seeking goals for my art that were capitalistic in nature.

There are artists who have been doing this longer than I have and pull off this balance of art vs. commerce with a lot more grace. Local artist Jennifer Davis has a studio as well as commercial practice, but says that she “hardly even thinks of the two as separate.” She greatly enjoys “doing the work, whether it is making commissioned custom pet portraits, painting freely from […] imagination for fun or exhibition, or selling prints.” In addition, Davis says that selling art should “absolutely not” be everyone’s goal. “Make art!” she says. “Show people if you want to. Sell it if you want to. Keep it your own little secret if you want to. Give it away if you want to. No rules!”

No rules—that appeals to me. I wonder why we always refer to art as “work,” implying a desk job drudgery behind it. Maybe we should redefine it as “pleasure” and see where it takes us. Instead of work, it’s joy. Instead of a practice, it’s total, unrestricted chaos. It reminds me of a 2021 article in The Atlantic by Charlie Warzel and Anne Helen Petersen called “How to Care Less About Work.” In this article they ask us to:

“Think back on a time in your life before you regularly worked for pay. Recall, if you can, an expanse of unscheduled time that was, in whatever manner, yours. What did you actually like to do? Not what your parents said you should do, not what you felt as if you should do to fit in, not what you knew would look good on your application for college or a job.”

When I apply this question to my art practice, everything comes into focus. I’d have no desire to sell my art if I hadn’t built up arbitrary markers of success around selling. I wouldn’t set deadlines or keep track of how much I’d produced. If I were to create art in a vacuum without the idea of business or recognition or novelty, I might sit outside and make doodles of flowers all day, experiment with mediums, perhaps even screw around with Photoshop on my computer with no goal in mind. Most importantly, I would not think as I was making it, “Hmm, is this something that’s going to sell?”

Sometimes I wonder how I ever got so far off the track of making art for the sheer enjoyment of it. Perhaps, like I mentioned earlier, it’s because I’d been told repeatedly that that’s what success as an artist is. Then again, there’s always the larger system of capitalism telling us to make more, make bigger, make the most unique, make money, make a name for yourself, hell, just MAKE. IT. Period. Or else. I’ve never known any system other than this, so how else was I supposed to measure success as an artist?

But I also suspect it’s the ever-present, ever-growing influence of social media, where I compare myself daily to artists who sell their work. I had always thought that if I wasn’t like them, I wasn’t on par with them as artists. Instagram barely even existed when I graduated from college. But now everyone is on it, and I wonder if I would have even gotten the idea to sell art if it wasn’t for this platform. Instagram has shown us all that you don’t have to wait until you die to become a successful artist. Success is now right at your fingertips and just a few scheduled posts, paid advertisements, and loyal followers away. So if you’re not successful yet, what’s wrong with you?

To be fair, I still have a long way to go to be at the level of some other artists like Davis and the artists I’ve idolized on Instagram. It’s a conundrum, for sure. I absolutely believe artists should be paid for the work they do. But what happens when an artist can’t rise to the task of being creator, administrator, PR, and marketing lead all at the same time? In addition to buying art, could society help artists by offering them support in other ways? Or can we as artists form stronger and more collaborative communities to help each other meet these demands?

With these ideas in mind, I’m not going to give up on selling art. I will not reject additional income from something I work hard at. But going forward, selling will not be my indicator of success. That will come from me, and the way I feel about my practice at the end of the day.

As I settle into my new part-time job, I wonder if the best solution may be to continue this setup: have a part-time job that pays most of the bills so I know I won’t starve, and reframe selling my art as just making some extra income. This takes the pressure off of art making, and I’ll know I can still keep a practice that’s just for me. This might not be a solution for everyone, but I think it’s a compromise I can live with.

For now, I know I feel most like a Real Artist when I’m making art like I did when I was a little kid, way back before I thought of art as work, or did any kind of work at all, really. Back when it didn’t matter if what I was doing was going to pay my bills, and all that mattered was what I felt like doing in the moment. And when I achieve that feeling again—with any kind of work—that’s when I finally feel like I’m doing something right. Look mom, I’m a real artist. 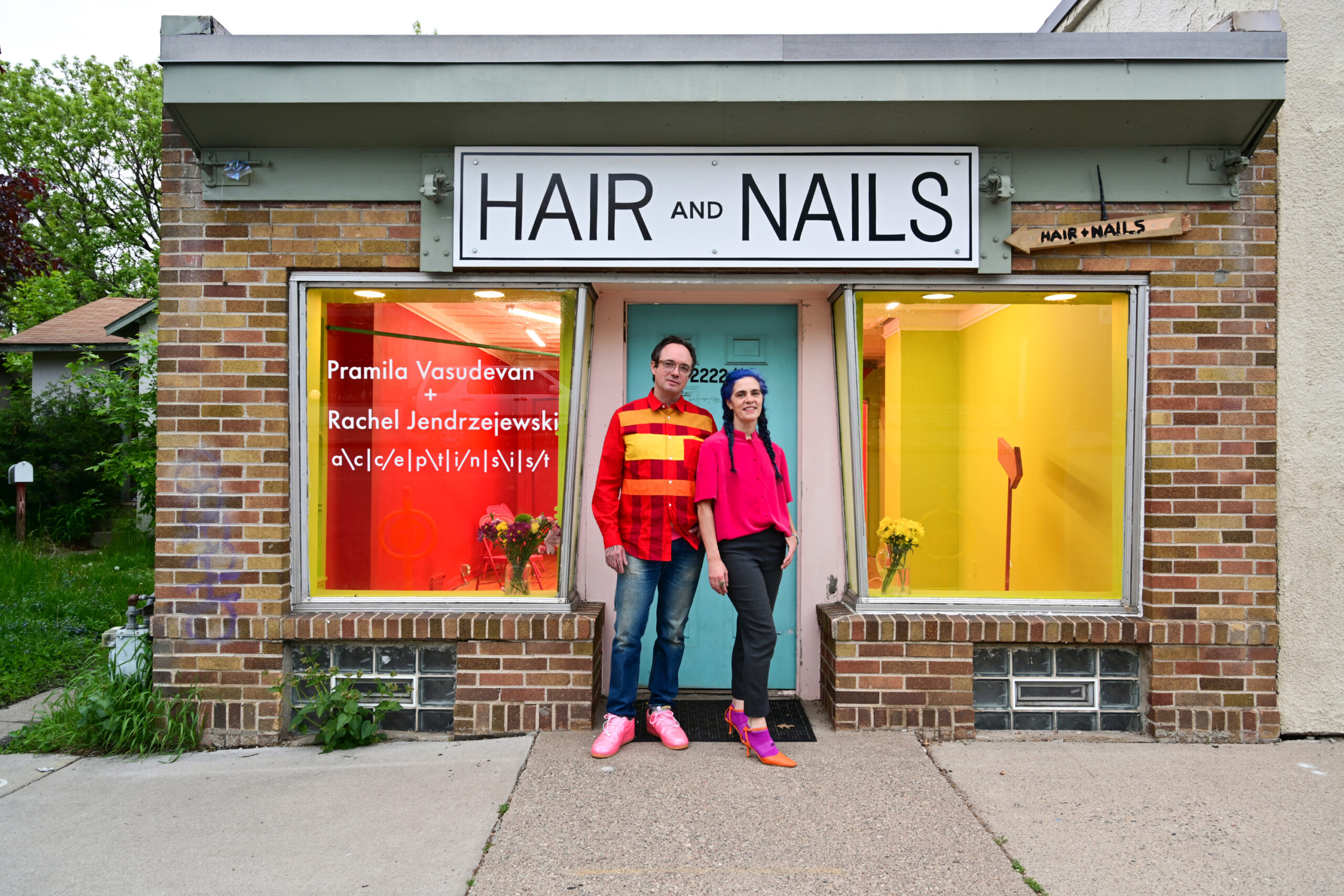 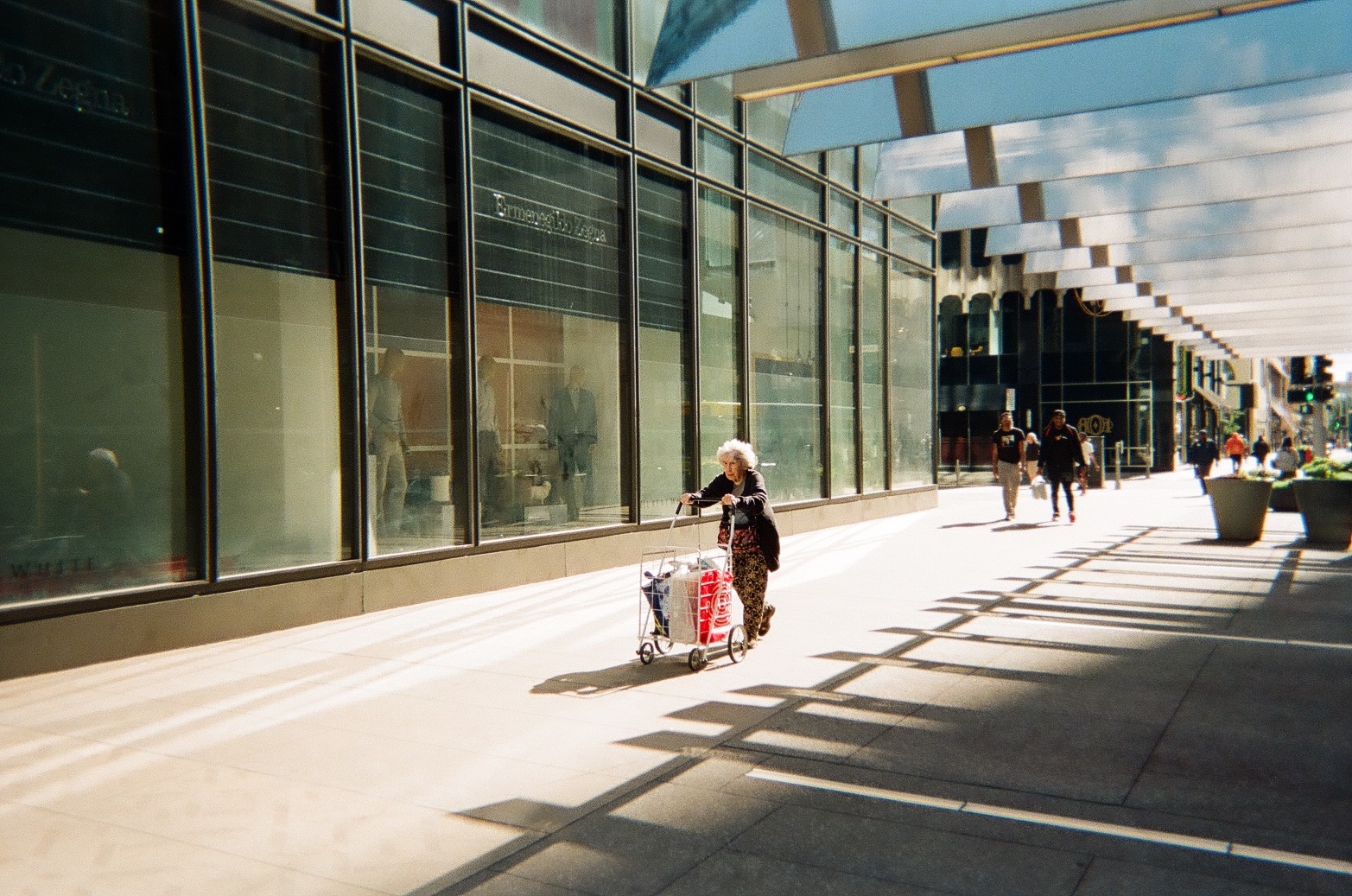